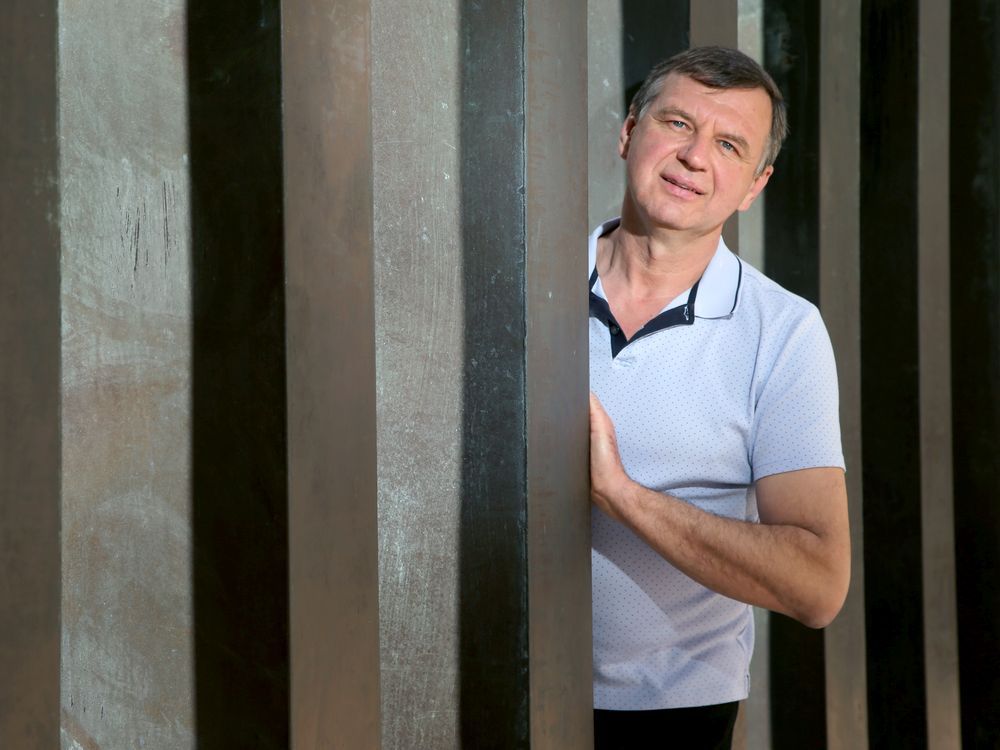 Michael Ryndzak smiles as he describes the camp that has provided solace to members of Ottawa’s Ukrainian community for more than five decades.

It’s nestled in the green hills of the Outaouais, a short drive north of the national capital, and, though it isn’t luxurious — it has dormitories and a few cottages near the banks of a lake — it’s a source of fond memories to him and other members of his community.

In the summer, he says, children play in the water, sing songs by a campfire on the shore and watch performances at an open-air amphitheatre.

But the camp is also aging. It’s worse for wear in some areas and needs repairs and general maintenance.

This year, those repairs are especially important, Ryndzak said, because he and his colleagues at Ukrainian Canadian Social Services, a charitable organization set up to assist individuals and families of Ukrainian background, are planning to receive at least 35 young children and mothers who recently fled the war in Ukraine.

The children, between the ages of 8 and 13, have been affected by the trauma of war and the tumult of displacement. “It’s unimaginable what they have gone through,” Ryndzak says. “We decided to mobilize the entire community for those kids to give them a moment to relax at the (camp).”

It was an idea borne partly of necessity, Ryndzak says. Since Russia launched its assault on Ukraine on Feb. 24, more than five million people have fled the country. Most are refugees in neighbouring countries, like Poland, but thousands have come to Canada.

Ryndzak says Ottawa’s Ukrainian community is working hard to receive new refugees and to make them feel at home. For the kids who have fled the conflict, that means putting extra effort into making them feel like children again by giving them chances to make friends, play and participate in camp activities — normal kid stuff.

To help give the children that environment, however, Ryndzak says he needs supplies. The camp was founded soon after the Second World War by Ukrainians who had come to Canada after fleeing Nazi concentration camps. Many of its original custodians are old and unable to perform the necessary upkeep. Now, it is falling on UCSS to do repairs before the children start arriving in mid-July.

“We need a lot of supplies, anything we can get, specifically for those children that are coming to the camp,” Ryndzak says. “They have to have good conditions in the rooms to sleep.”

Among the materials he needs, Ryndzak mentions paint, pillows and tables. There are even a few windows that need to be replaced and he is pleading for community donations of any leftover construction supplies, like plywood and two-by-fours, which can be expensive.

There’s also a need for personal items like towels and soap. “Those children from Ukraine will have nothing, so basically we have to provide all of it for them,” Ryndzak says, adding that UCSS has already gathered some hygiene supplies and other items for the children.

Ryndzak is also on the lookout for therapists who might be able to lend a hand to help the children cope with whatever they experienced when fleeing Ukraine. He’s on the lookout and in touch with some qualified doctors who have offered their services.

But the camp activities themselves are also intended to be a therapy session of sorts for the children.

Dr. Arthur Blouin, an Ottawa psychologist with decades of experience and one of the co-founders of the Centre for Cognitive Therapy, says children fleeing conflict zones can be quite resilient, but they also may experience from serious psychological consequences, in part due to the rapid uncertainty that comes with displacement: the leaving of family members, of friends and even of familiar things like toys.

A summer camp environment is intended to provide the children with the opportunity to meet new friends and to act like kids even though they’ve lived through events that few children have.

“Fun play is really important in child development generally,” Blouin says, “and, obviously, in a situation like this, when kids can come and have fun and play, that’s tremendously valuable for adjusting to this long term stress and its also important for adults as well.”

Ryndzak says some children of Ukrainian heritage from Ottawa will also attend the camp to help the newcomers integrate. In addition to valuable time by the lake, swimming and enjoying the outdoors, he says he has planned nature walks with the children and there will be art sessions and dancing lessons.

“(We will have) artists teaching them to draw and make murals on the walls of the camp because it’s so old nobody minds if the children paint something and leave a footprint for new generations for anybody that will come later as a landmark of whatever this event may be,” he says. “Imagine murals staying there. I think it’s a great idea.”

Ryndzak says anyone who can help with supply donations or who wants to contact UCSS should email ucss@xata.ca or call him directly at 613-724-8206.