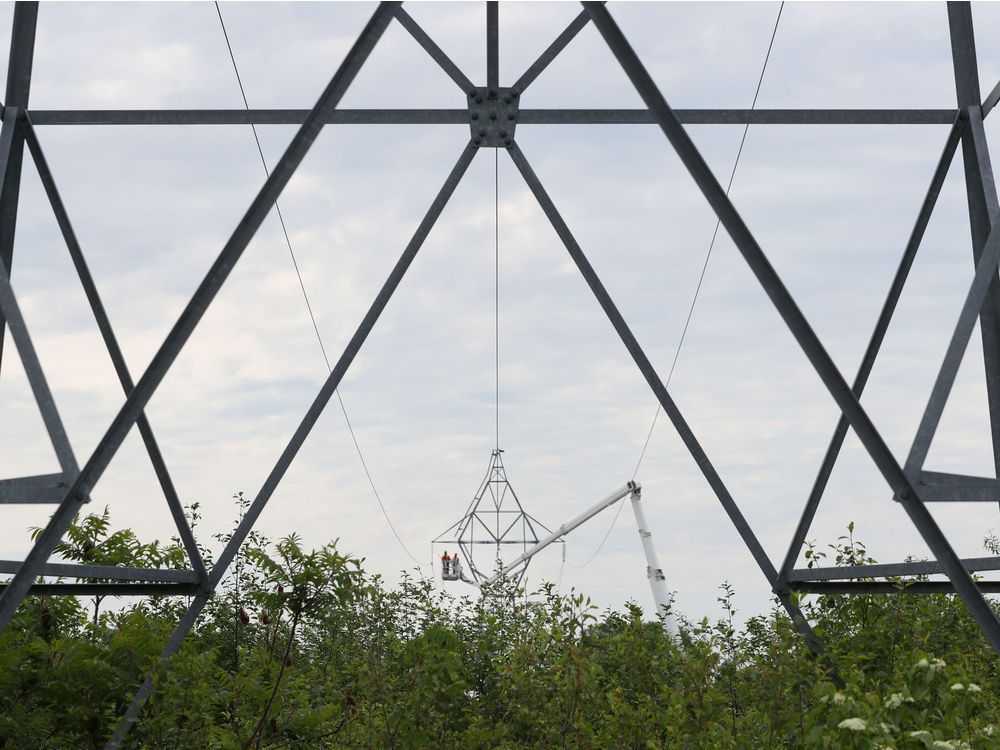 On Day 11 of the aftermath of a vicious storm that knocked out power across Ottawa, 2,300 customers were still without electricity Tuesday night, Hydro Ottawa tweeted.

Hydro Ottawa has relaunched an online map showing areas without power and estimates when residents can expect the lights to be back on.

As of late afternoon Tuesday, the map showed small pockets of residents in Rideau-Rockcliffe, Stittsville and Beacon Hill-Cyrville wards might not have electricity restored until Friday, although most areas were showing restoration dates of between Tuesday and Thursday.

While 98 per cent of the city’s electricity grid has been restored, work on the remainder is proving to be “long, hard and laborious,” Hydro Ottawa CEO and President Bryce Conrad said during an afternoon briefing. The situation on the ground is still chaotic and dynamic as crews discover more damage than expected or in some cases are able to restore power more quickly, he added.

Houses with damaged electrical systems need repair before power can be restored to them, Conrad said. “We have people standing by to assist in that case.”

Conrad and Mayor Jim Watson urged residents to be patient. On Monday, there had been 8,000 customers without electricity.

When power is restored depends on a number of factors, including debris, downed trees, and damaged poles that require replacement, Hydro Ottawa said.

The May 21 storm with torrential rain and fierce winds downed hydro poles and transformers and damaged thousands of trees.

Residents are asked to place branches and trees at the curb for collection on regular garbage days, although there may be some delays.

Four controlled intersections in the city remained without electricity Tuesday, but three of them had generators, said Alain Gonthier, the city’s general manager of public works.

City staff have been diverted to storm cleanup, so some grass-cutting and maintenance at parks would be on hold, he said. “We recognize the grass is getting a little long in certain areas.”

The city is operating four service centres where residents can get information, charge devices, have showers and use washrooms. Two of them will provide food until at least Wednesday evening.

So far 2,500 people have applied to the city for emergency assistance because they had to throw food out, Watson said. Assistance might also cover things like spoiled medicine and water-damaged beds, staff said.

The storm recovery cost for Hydro Ottawa alone is estimated to be $25 million to $30 million, Conrad said, which would be five to six times more than the cost of the 2018 tornadoes.

The province has agreed to cover the cost, he said.

Conrad warned that some residents with electricity might experience temporary outages as Hydro reconnected houses on nearby streets. That happened to some residents in Kanata and Stittsville on Monday night and in Parkway Park on Tuesday morning.