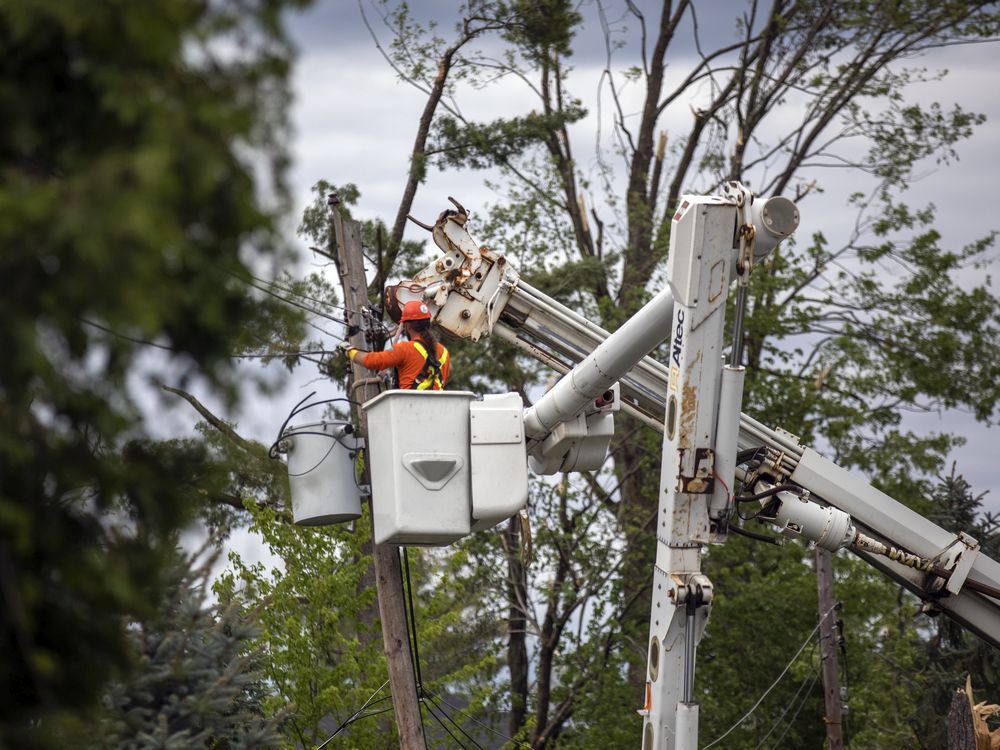 74,000: number of people in Ottawa without power as of Tuesday morning106,000: Number of people whose power has been restored2-4 days: Estimated time for power to be restored to most Ottawa residentsKey news: Ottawa schools closed Tuesday, OC Transpo operating, residents urged to stay off roads unless necessary and work from home, respite centres, spoiled food drop-offs open

The lights were coming back on for more Ottawa residents Tuesday, but some 74,000 Hydro Ottawa customers remained without power as Day 4 of recovery efforts continued after Saturday’s devastating storm.

Hydro Ottawa said it had restored power to 106,000 customers as of 10 a.m. Tuesday. It also temporarily suspended its online “outage map” which it said wasn’t able to keep up with the rapid progress of repairs following the storm, which “crushed” the local power distribution network in a city-wide event worse than the 1998 ice storm and 2018 tornadoes. Getting the lights on for most could stretch into the end of the week, Hydro Ottawa said.

“There’s not a single square inch of our service territory that has not been impacted adversely by this event,” president and CEO Bryce Conrad told a Monday afternoon news conference.

Meanwhile, power workers from Quebec, New Brunswick and the United States arrived in Ontario to help restore the devastation that stretched across the province from Sarnia in the west to Hawkesbury and the Quebec border in the east.

Our neighbours to the south are here to help! Crews from the US have crossed the border to assist with getting the lights back on. Saturday’s #ONstom caused extensive damage, and we appreciate everyone’s patience. Thank you to the crews for coming! pic.twitter.com/8fNtUmClC9

In Ottawa, schools were closed Tuesday at the start of the short work week following the May long weekend.

OPH was also offering advice on safe food handling, given so many residents lost power for their refrigerators and freezers.

The city will deploy a green bin collection blitz in the next few days to ensure organic waste is collected quickly in hard-hit parts of Stittsville, Knoxdale-Merivale, River and Cumberland wards.

Other residents are asked to use their green bins for disposal of spoiled food and large bins will be set up Tuesday at the Navan Memorial Centre, CARDELREC Complex, Hunt Club-Riverside Park Community Centre and Howard Darwin Centennial Arena.

Reception centres at community and recreation centres across the city will again be open Tuesday from 10 a.m. to 10 p.m. offering services including power for charging devices and washrooms, most with wifi, and in some cases showers, food and Red Cross assistance.

Four sites are offering bottled water to rural residents who have lost the use of their wells and two have oxygen for residents who can’t refill their tanks in time.

Links to more coverage of the weekend’s storm: