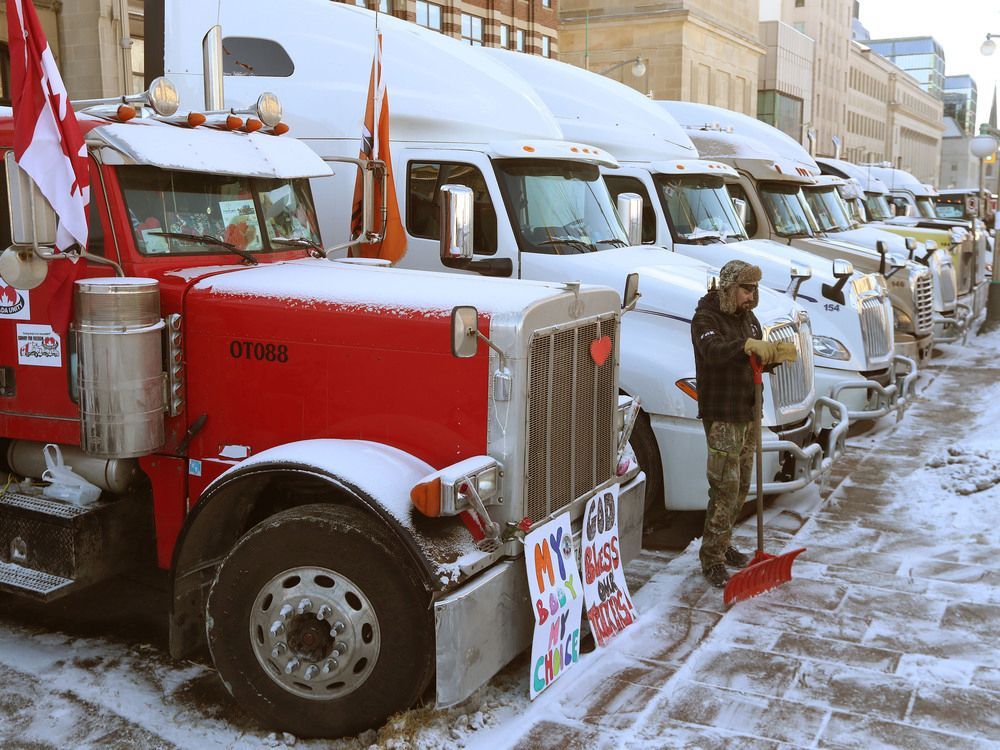 Complaints, many of them ostensibly filed by upset protesters, inundated the Ottawa Police Service during and after the “Freedom Convoy” occupation earlier this year, a new report says.

The report, which was submitted by the OPS to the police services board this week, details for the first time the sheer number of complaints that were levelled against the service during the protest: There were 327 public complaints made against the OPS in the first quarter of 2022; last year, there were 77.

The bulk of those complaints, 275 of them, were directly tied to the “Freedom Convoy,” but most of them were “screened out” by the Office of the Independent Police Review Director (OIPRD), an independent civilian oversight agency responsible for all public complaints against police services in Ontario.

The OIPRD screens out complaints that it deems frivolous, vexatious, not in the public interest to proceed, complaints tied to events that occurred more than six months prior, or ones that didn’t directly affect the complainant.

But social media posts in active “Freedom Convoy” Facebook groups and chatrooms indicated that many of the complaints may have been tied to protesters, or their supporters, feeling that the police acted unfairly when they forcefully removed the protesters from Wellington Street and the surrounding area.

On Saturday, Feb. 19, the second day of the massive police operation to remove the protesters from downtown, as police officers resorted to more forceful methods, wielding batons and shields, supporters of the “Freedom Convoy” took to calling 911 to complain about the conduct of the police.

The OPS issued a stern message on Twitter, warning callers that anyone unnecessarily interfering with emergency phone numbers could be charged with a crime. Instead, the OPS said, complaints could be filed with the OIPRD, and the service issued a link to the oversight body’s website.

The knowledge that complaints against the OPS could be filed with the OIPRD quickly spread online. “Make a complaint with police watchdog,” said one protest supporter, who went by the name Dave S, in a pro-convoy Telegram group. “Do not make a complaint with the police locally as they are corrupt. Go higher up and at least have a paper trail.”

This was done, a spokesperson for the OIPRD said, to combine complaints that arose from the same event or issue in order to avoid duplication.