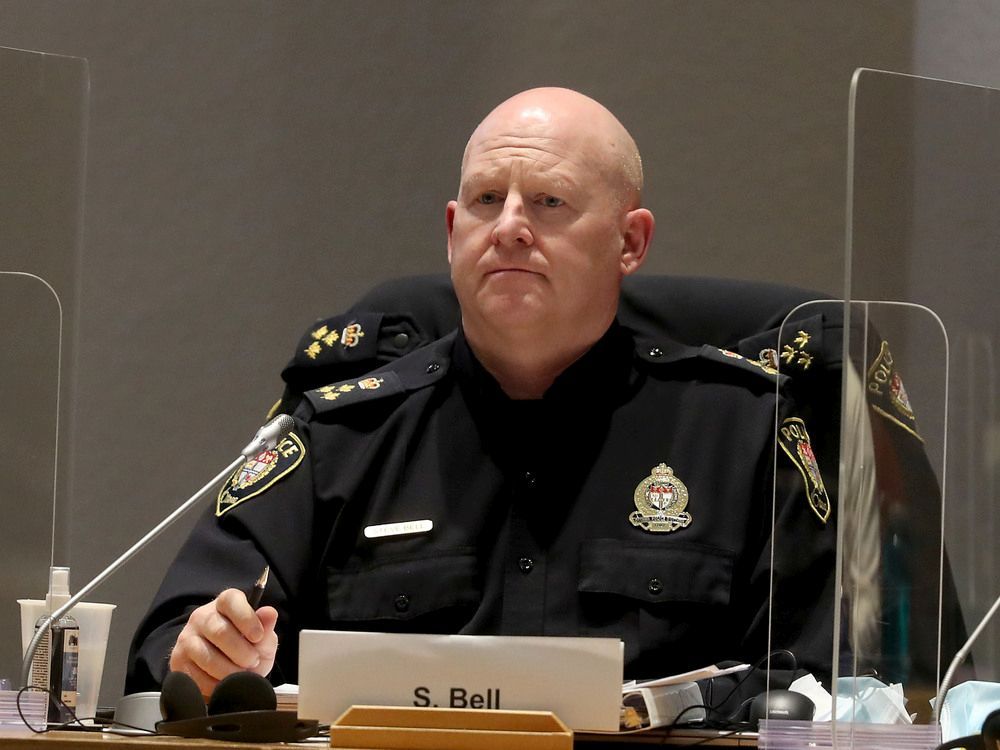 Ottawa police used force disproportionately on Black, Middle Eastern and Indigenous people in 2020, according to an analysis of the service’s data.

The service has long tracked use-of-force data, but 2020 was the first year it also collected the race of those involved in use-of-force incidents.

The use-of-force data showed that in 2020 the Ottawa Police Service received 220,700 calls that required police presence, and its officers conducted more than 8,000 arrests, using force 348 times on 427 people.

That data showed that Black and Middle Eastern people were more likely to have force used against them by officers.

Individuals who officers perceived to be Black were 4.8 times more likely to have force used against them than what would be expected given their segment of the population, said Lorne Foster, a professor at York University’s School of Public Policy and Administration and one of two researchers commissioned by the OPS to analyze and report on the data. Middle Eastern individuals were 2.4 times as likely to have force used against them.

Indigenous people were also overrepresented in the use-of-force data — at 1.8 per cent more likely to have force used on them — but the researchers cautioned that there were statistically few instances of force being used against Indigenous people, such that even a few cases could skew the number.

White people, by contrast, were underrepresented in the data.

“The numbers are significantly disproportionate, let’s put it that way,” said Les Jacobs, a professor and vice-president of research and innovation at Ontario Tech University who worked on the data alongside Foster. Some of the disparity in the numbers could be attributed to implicit, or explicit, biases among police officers, Jacobs said.

Foster and Jacobs presented their findings to the Ottawa Police Services Board’s policy and governance committee Thursday. Their full report will be delivered to the board later this month.

Steve Bell, the acting chief of the OPS, said the data was consistent with other studies like the collection of race data from traffic stops, which found a similar disparity in the number of Black and Middle Eastern drivers stopped by Ottawa police. The service, he said, needed to work to eliminate those disparities.

“We’re happy to get this data. We’re not happy with where the data sits,” said Bell. “This is identifying an issue in policing, in our society, that we need to address and that’s where our commitment is.”

OPS members undergo training about cultural awareness, systemic racism, anti-Black racism and anti-Indigenous racism, and the service will soon be hiring an analyst devoted to looking at the data, Bell told the policy and governance committee.

“We want to act on it,” Eli El-Chantiry, the chair of the board, said of the data. “Our goal, as much as we can, is to build that trust with our community. … We need to work with our partners. We need to understand some of the fixes and needs, it’s not just a police issue.”

El-Chantiry cited a need for housing and social services as important elements that needed to work alongside the police to provide a holistic community safety model in Ottawa.

Foster and Jacobs cited the need for more data. Currently, the service tracks race on its use-of-force forms, which are filled out after each use-of-force incident, but not other information such as gender, location and more data about calls for service. Those insights would be useful, the researchers said, in order to get a more fulsome picture of when and why officers are using force and to find solutions.

Delegate Robin Browne, the co-lead of the 613-819 Black Hub, said he was not surprised by the race disparity and accused the police and the board of irresponsibly purchasing new stun guns for the service before taking the new data into account.

“Now we have a report showing these guys use force disproportionately on Black and racialized men; we can suspect we’re going to see those Tasers coming out,” he said.

More than half of the 348 recorded use-of-force instances in 2020 included an officer drawing their service weapon or discharging a conducted energy weapon.

No officer used lethal force in 2020, the use-of-force data also noted. Although officers discharged their firearms 23 times, all of those instances involved animals.