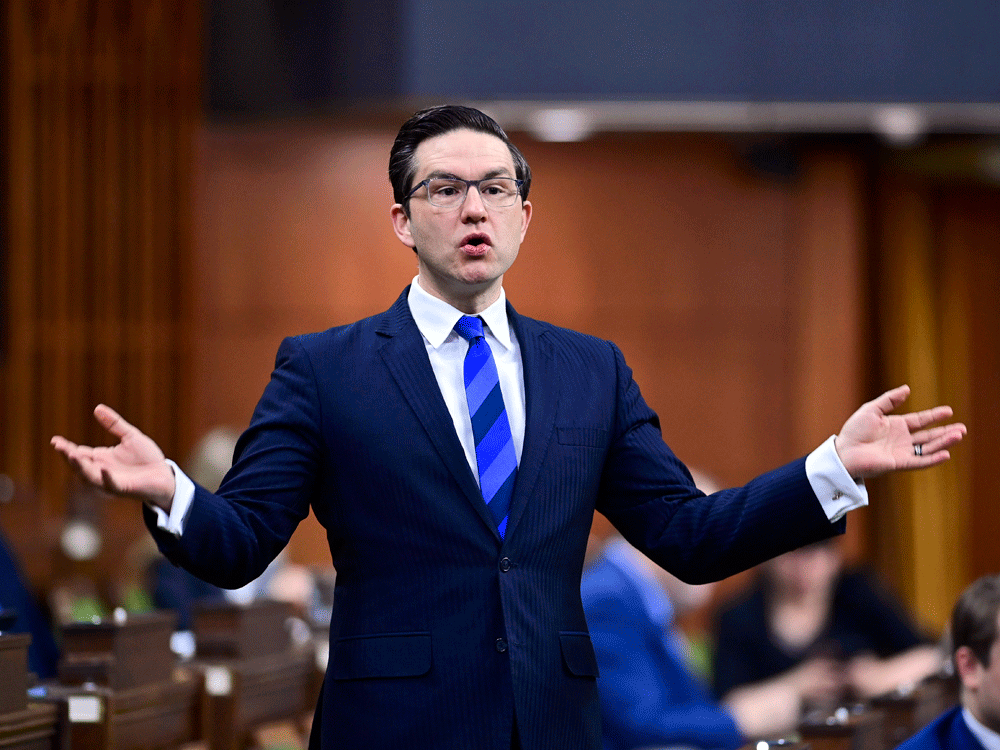 Pierre Poilievre has announced his intention to seek the leadership of the Conservative party.

Poilievre, the MP for the Carleton riding in suburban Ottawa, posted a three-minute video on his Twitter account Saturday night. “Trudeau thinks he’s your boss. He’s got it backwards — you’re the boss. That’s why I’m running for prime minister,” he said.

Poilievre was first elected to Parliament in 2004, unseating Liberal cabinet minister David Pratt. He has turned out to be a force to be reckoned with. Poilievre was elected four times as the representative in the former riding of Nepean-Carleton and has won the Carleton riding three times, capturing 49.9 per cent of the vote in last September’s election.

A candidate to run for the leadership when Andrew Scheer stepped down in 2019, Poilievre decided to bow out for family reasons. That was disappointing for some who view him as the ultimate partisan who can carry the flag for the Conservatives. Poilievre has been a strong voice at the table for the Conservative brand and values.

Poilievre is the first person to announce his intention to run for the Tory leadership. Deputy leader Candice Bergen was named interim leader of the Conservative party last week after the Erin O’Toole was ousted by his caucus.

In his video, Poilievre criticizes government spending and says he wants to make “Canadians the freest people on Earth.”

Poilievre doesn’t mention the Conservative party by name or the contest, saying only that he wants the job as prime minister.

Poilievre is throwing his hat into the ring before the race has officially begun. The party’s election committee doesn’t yet exist and no rules have been released. As such, he can’t begin fundraising.

A document attached to his launch video lists one of the options for supporters to choose to help is by purchasing memberships to vote for Poilievre.

— With files from the Canadian Press