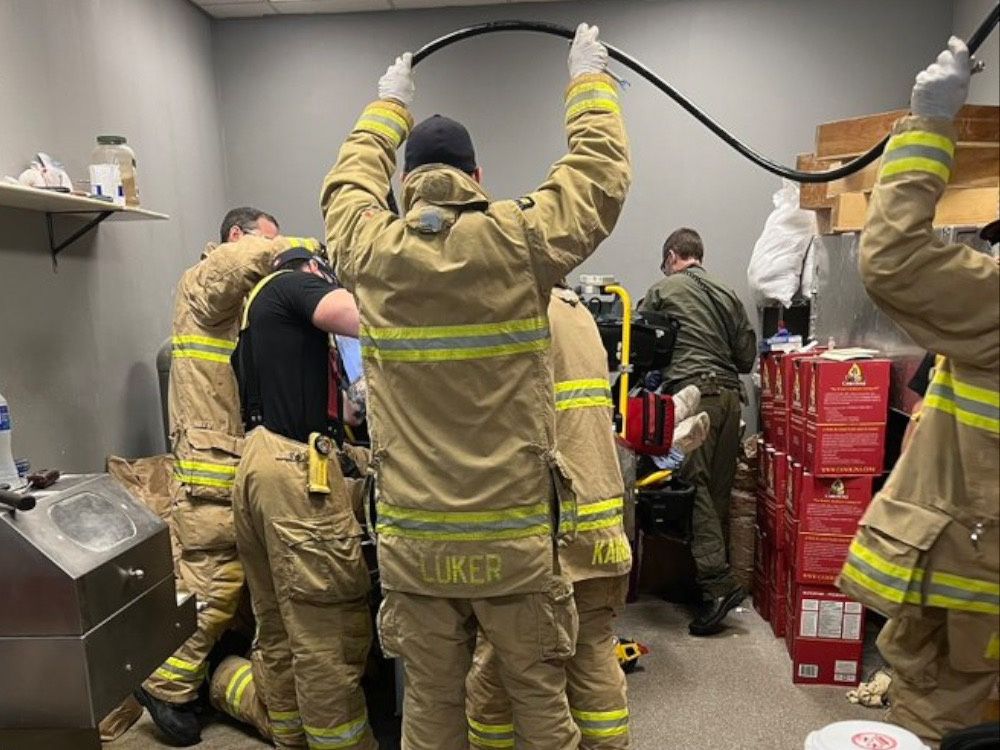 It took Ottawa firefighters more than an hour Friday to free a worker In an “extremely intricate extrication” after the man’s hand was caught in an industrial bread machine.

First responders were called to the business on Jeanne d’Arc Boulevard between Orléans Boulevard and Millwood Court at 11:13 a.m. and were on scene just four minutes later.

As paramedics cared for the trapped worker, firefighters set about freeing his hand.

At 12:36 p.m. the man was freed and taken to hospital for treatment.

Paramedics described the worker’s condition as serious, but stable, with the injury limited to his hand.