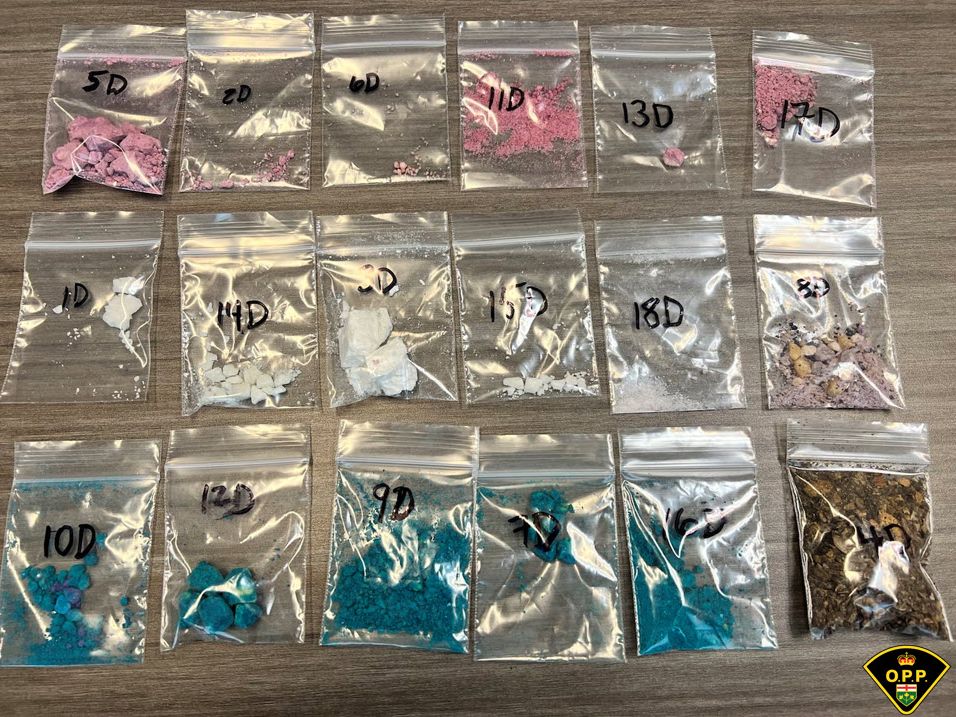 Twelve people were arrested and a large quantity of drugs and stolen goods were seized in an Ontario Provincial Police raid in Bancroft Tuesday night.

Officers seized quantities of suspected fentanyl, cocaine, crystal methamphetamine and psilocybin. They also recovered small gold and silver bars, hundreds of dollars in cash and a variety of stolen property.

While the investigation continues, two local break-ins have been resolved.

The raids were spearheaded by the force’s east region community street crime unit, assisted by OPP emergency response team, the canine unit and other members of the force.

All but one of the arrested suspects were released on promises to appear at court in October.

One man, age 59, is scheduled to appear for a bail hearing Thursday.