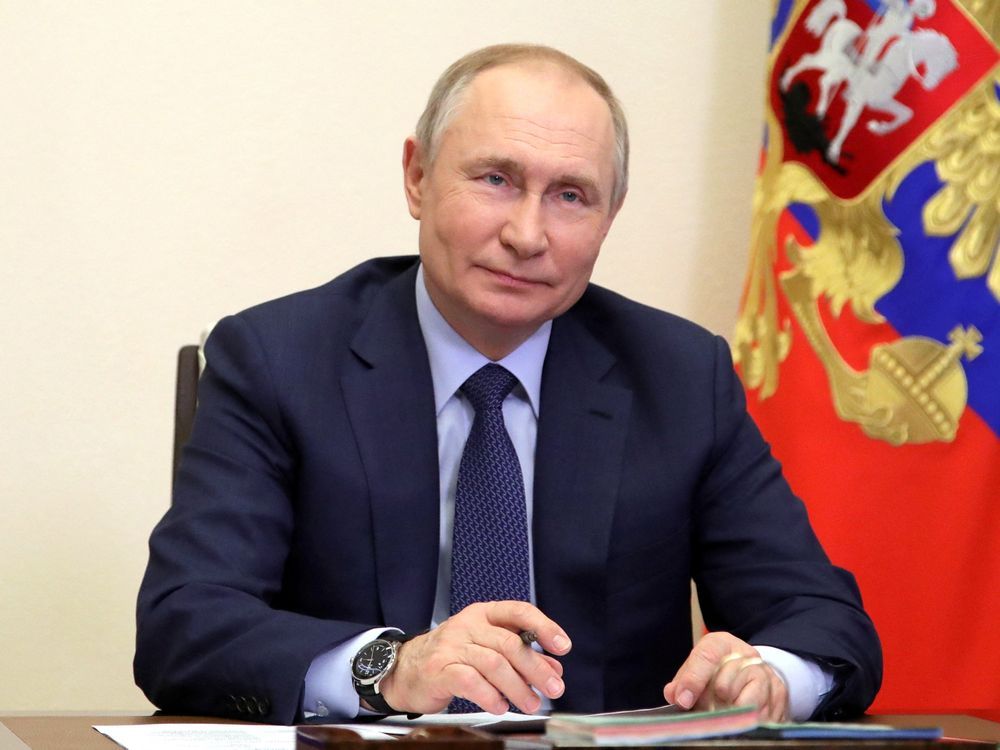 Much of our current analysis of the current Russian war on Ukraine follows the lines that Vladimir Putin initially laid out: a determined attempt to reunite the old Russo-Ukrainian territorial and ethnic communities under his rule, in reaction to years of NATO expansion that threatened Russian territorial integrity.

As a result, the prevailing press narrative is now that Putin has foolishly over-reached. Shocked by the capacity of the Ukrainians to resist him, he has seen his forces bogged down across the country due to poor command structures and lack of basic operational controls, and has had to learn the hard way about information asymmetries because he is a dictator and no one tells him the whole truth. The West may soon need to provide him with a peace process “off-ramp” to end this pointless carnage, perhaps in exchange for a neutrality guarantee and integration of the ethnic Russian territories of Donetsk and Luhansk, and perhaps Mariupol.

This is dangerous thinking.

Putin’s purposes are multi-faceted, and he is adaptive. There is more than one way to dominate Ukraine. Under cover of the wider conflict, it appears Putin is taking full control of Ukraine’s vast, extremely valuable energy assets and intends to integrate them into the Russian supply chain that Europe now — and China soon — will depend upon.

There are four reasons to think this war is, among other things, an energy heist:

The first is Russian national interest. Taking Ukraine’s energy would confer on Putin the second-largest natural gas reserves in Europe, worth over a trillion dollars at today’s prices, oil and condensate worth $300 billion to $400 billion, and most of Ukraine’s coal, the sixth-largest reserve base in the world. Additionally, he would consolidate extraordinary strategic geopolitical advantage with ports on the Black Sea and the Sea of Azov, putting Russia at the centre of a global energy supply to the vast European and Chinese markets for the next 30 years.

The second is his tactical focus. Russian troops now occupy the parts of Ukraine that hold 90 per cent of its energy resources. He has seized the Donbas, controls Luhansk and Donetsk; is embedded along the Black Sea coast, and is focusing extreme pressure on the critical Mariupol port that connects the Donbas assets and Russia to Crimea. This positions him on 90 per cent of Ukraine’s gas assets, all its offshore oil, its critical ports on the Azov Sea, the Kerch Strait, 80 per cent of the Black Sea coastline and all critical energy-processing and shipping infrastructure, as well as the key coal and steel production assets. This recalls Hitler’s taking of the Sudetenland in 1938 when then, as now, an autocratic leader used ethnonationalism as a backdrop to annex a resource-rich and highly strategic territory. Putin may well be hoping a similar “peace process” lets him keep it.

The third is the treatment of Mariupol. If Putin’s core objective was the reunification of ethnic Russians, then pounding into dust the largest urban centre of pro-Russian Ukrainians in the country is an odd way to manage that reunification. If this is about control of Ukraine’s energy, however, that city is the essential land bridge to his Crimean assets and the critical port for resource-rich Donetsk and Luhansk to ship from.

Finally, he’s done this before. Putin’s annexation of Crimea in 2014 gave him the Sevastopol port and Ukraine’s exceptionally rich Black Sea assets, a windfall worth a couple hundred billion dollars. He passed this to Gazprom and declared an Exclusive Economic Zone in the Black Sea, defended by his navy.

Sadly, he learned from Crimea that the West protests, then it forgets, buying his energy a year later. Europe is already paying Russia over $100 billion a year and is on track to import 90 per cent of their energy by 2030.

Why is Europe so deeply dependent on Russian gas? Because any serious commitment to reducing global emissions requires natural gas. The United States has led the world with at least 20 per cent global emissions reduction in spite of economic and population growth by displacing thermal coal with gas to fire the electrical grid. Coal burns at 100 per cent higher carbon intensity than gas per unit of energy, so retrofitting European grids with gas significantly reduces emissions and provides baseload power renewables can’t.

The issue is that while the U.S. produced gas domestically, Europe off-shored its gas supply to Russia and banned domestic fracking and other energy production. The second-order effects of dependency are now being felt. Democracy dies in darkness — especially when you give control of your lights (and heat, cooling and electricity) to Vladimir Putin.

Despotic regimes control most of the world’s energy with state companies. But democracies’ free-market firms do far more with the energy they have, and drive most of the innovation in cleaner fuels, carbon capture, nuclear and hydrogen. As NATO reorients itself to deal with despotic energy, we need new trade deals to connect the vast energy supplies and innovations from the U.S. and Canada to NATO members in Europe. The best way to beat this thief is to steal back his European market.

David Knight Legg, a former banking executive, works as a private adviser to international investment and political risk firms. He is the former principal adviser to Premier Jason Kenney, chairman of the ESG Working Group of the government of Alberta and board senior adviser to Invest Alberta Corp.