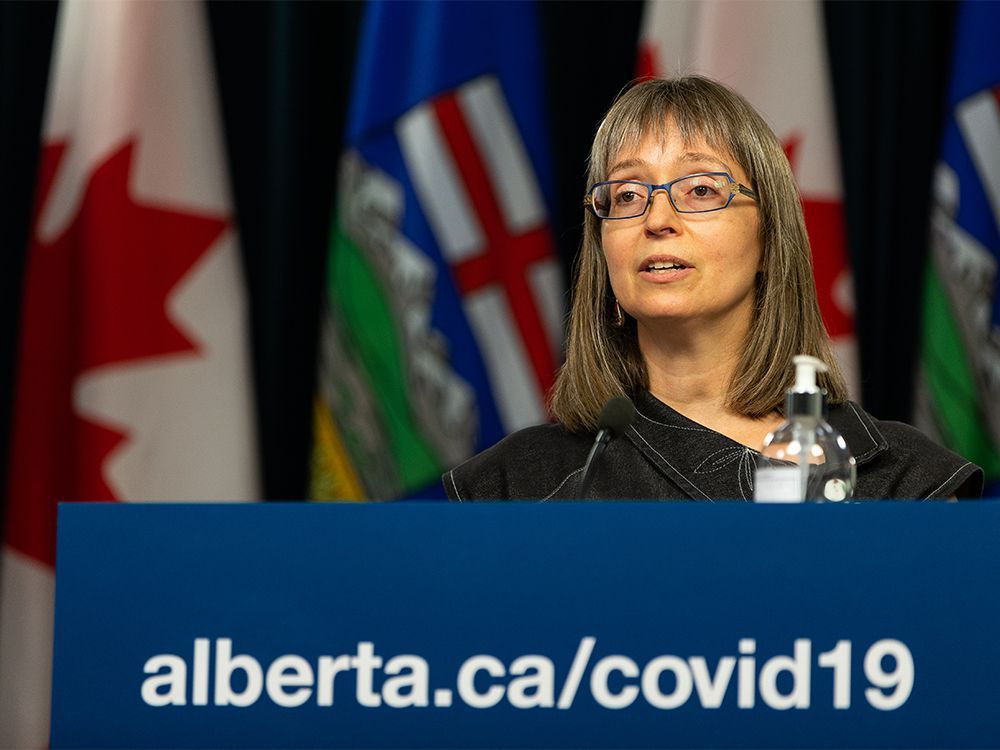 Dr. Deena Hinshaw could take home 10 times the salary and benefits she did last year and we’d still be in her debt.

Of course, given the still-raging partisan viciousness the pandemic unleashed across Alberta, Hinshaw’s likely to get slated in some quarters after it was revealed she made $363,633 in salary and a further $227,911 in what was essentially a big bonus, for her work throughout 2021 as Chief Medical Officer of Health.

Oh yes, that was some year, wasn’t it. It kicked off with the rollout of those COVID vaccines — the jabs that were supposed to be our saviour. Except events didn’t quite work out that way. So, when the shots didn’t stop the virus dead in its tracks, we were then told to get ourselves another shot. Then another.

Confusion reigned as many folk flocked to find whatever theory tickled and reinforced their own point of view and then stood steadfast in such belief with the fierce determination of George Armstrong Custer at the Battle of Little Bighorn.

Then there were those ever-changing mask mandates; the on-again, off-again limits regarding public gatherings; rules over who could and couldn’t work depending on their vaccination history; endless debate over closing or opening our classrooms; and, the ongoing baffling hoops we jumped through in order to travel any further than our own backyard.

Finally there was COVID itself. The darned thing wouldn’t stay still, eventually giving Plato a run for his money in the use of Greek letters, as the word “variant” battled “woke” to be crowned 2021’s word of the year.

Yet, through it all stood Hinshaw. Because, if showing up is indeed half the battle, then she earned a good chunk of those big bonus bucks by facing the daily maelstrom swirling around her with professionalism and a single-minded focus on the lives of Albertans caught in a health emergency we’d never lived through before.

Of course there was much more involved than long hours and facing the media to read those dreary numbers of deaths, infections and hospitalizations, though never forgetting to offer sympathy to those who’d lost loved ones. Because, behind the scenes there was a nasty tug-of-war going on involving the very government to which she reported. (Oh yes, in certain quarters the cry went out Hinshaw should usurp control as this was a health emergency and therefore she’d become an unelected leader of Alberta on all matters pandemic. Hey, there are countries to which such advocates of this plan should emigrate, if they like that form of government.)

But yes, the Kenney government, as we now plainly see, was split down the middle; those barely healed cracks between the PC bunch and the Wildrose lot split once more under the pandemic’s relentless pressure and the various measures enacted to try and control it.

What, in retrospect, was a dreadful mistake, Hinshaw went along with the government’s daft Best Summer Ever palaver, essentially Kenney’s last dice roll to try and bind the disparate groupings in his government.

It backfired with a vengeance. But, true to form, Hinshaw faced the music head on, apologizing both to medical colleagues and, more publicly, to all Albertans. It was her darkest hour. Yet when it comes to judging people, it’s wise to see how they act when the tide is against them, not when they’re merrily wandering down Easy Street.

Anyhow, other than a wad of cash, what else did Alberta’s top doc receive last year? Oh, enough personal threats that her home needed a private security detail. And, she received a court summons to give evidence about what went on behind closed governmental doors. It’s doubtful she imagined that as part of her duties when taking on the job.

So yes, she deserves the money. But more importantly she deserves thanks. In the shifting sands of COVID she was our rock. Perfect? No. Human? Always.