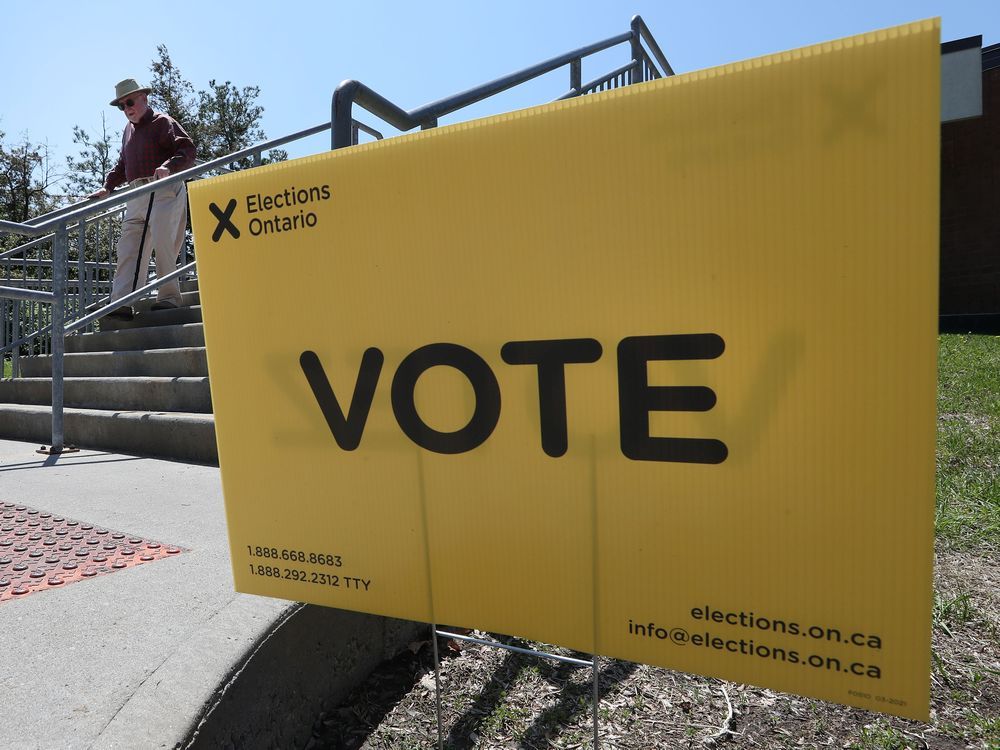 Voters in Ottawa and across Ontario will head to the polls Thursday to elect their representatives at Queen’s Park. In the last election in 2018, Doug Ford led the Progressive Conservatives to a majority government, ending 15 years of Liberal rule. The NDP also enjoyed a surge in support, forming the second-largest caucus in the legislature, while the Liberals suffered their worst showing in party history, falling to third place with only seven seats.

As Ontarians prepare to cast their ballots, here are some key facts on the 2022 vote and provincial elections past:

Who are the party leaders?

Only the Progressive Conservatives, Liberals, NDP and Greens won seats in the 2018 election; most polls this year show that these parties remain the four most popular in the province.

The Progressive Conservatives are again led by Doug Ford, a Toronto businessman. He won the party’s leadership in 2018.

Hamilton politician Andrea Horwath is the leader of the NDP. First elected to the party’s top spot in 2009, Horwath has led the NDP in the past three elections.

Steven Del Duca, who hails from the Greater Toronto Area, leads the Ontario Liberal Party, winning the job in early 2020. He served as transportation minister and minister of economic development and growth in the last Liberal government.

Mike Schreiner is the leader of the Green Party of Ontario. He has been the party’s leader since 2009 but won its first and only seat in the 2018 vote in the Guelph riding.

Elections Ontario reported voter turnout at 56 per cent of eligible voters for the 2018 election. Most Ottawa ridings reported slightly higher numbers than that, ranging from 51 per cent in Ottawa-Vanier to almost 63 per cent in Orleans.

Voter turnout in Ottawa ridings in the 2018 provincial election:

How many years have the Tories held power?

Over the past 50 years, the PC party has held power for 25. Five of the past nine premiers were members of the Progressive Conservative party.

Meanwhile, the Liberals formed government for 20 years since 1972, with three different Liberal premiers leading the province over that time.

The NDP has only formed government once in Ontario, when Bob Rae led the party to a majority government in the 1990 vote. The NDP was knocked down to third place in the 1995 vote, a position in the legislature they’d maintain until they formed the Official Opposition after the 2018 election.

Who was the longest-serving MPP for Ottawa?

The longest-serving Ottawa-based MPP in the last 50 years was former premier Dalton McGuinty, who served as the representative for Ottawa South from 1990 to 2013. That’s 23 years and six consecutive terms. Furthermore, he took over the job from his father, Dalton McGuinty Sr., who had served in the same role from 1987 to 1990.

Who was Ontario’s longest-serving premier?

The longest-serving premier in Ontario’s history was Oliver Mowat, a Liberal from Kingston who is considered one of the “Fathers of Confederation.”

For a more modern example, the two longest-serving premiers from the past 50 years are Bill Davis, a Progressive Conservative who held power from 1971 to 1985, and Dalton McGuinty, the aforementioned Liberal who held office from 2003 to 2013.

Longest continuous hold of a riding in Ottawa?

The Carleton riding (or the now-defunct ridings that preceded it) has elected PC representatives in every election since 1948 and hasn’t elected a Liberal member since 1867.

What are the biggest election issues based on polls?

Based on several polls from different polling agencies, the issues that are most important to voters in this election are affordability in day-to-day life, health care and COVID-19 management, housing, climate change and lowering taxes.

Ontario Election 2022 FAQ: Everything you need to know about how to vote in the provincial election