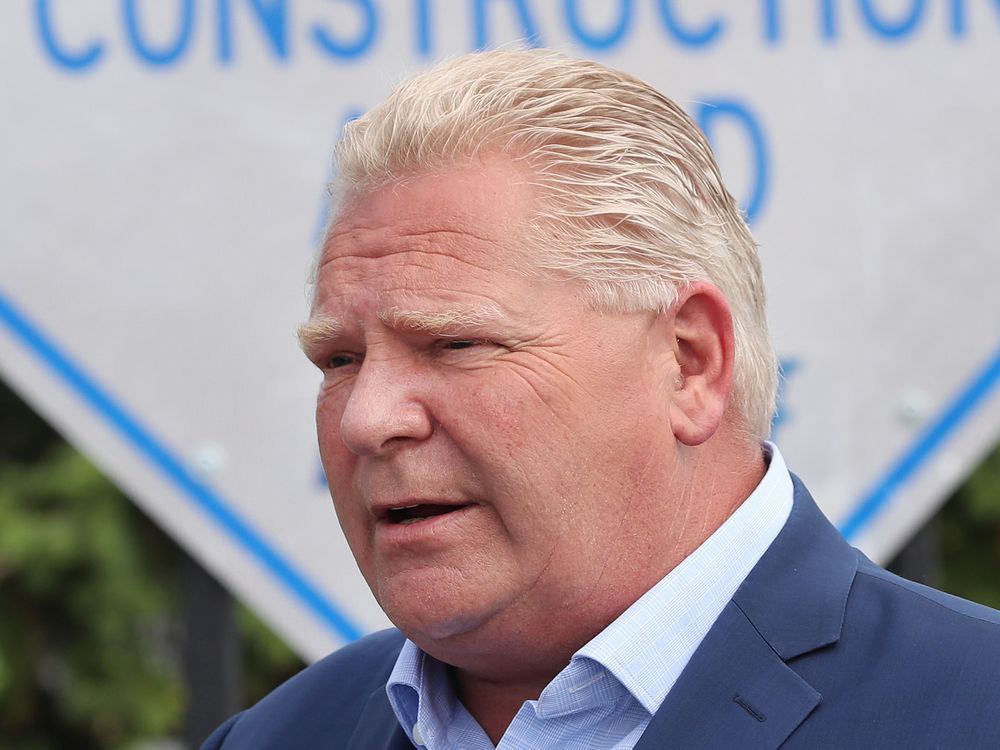 Progressive Conservative Leader Doug Ford said he inherited a “broken autism system” when he became premier four years ago and has since doubled the province’s spending on services for children and their families.

Speaking in Ottawa during his first visit to the city of the election campaign, Ford also promised a new focus on helping adults with autism, many whom have aged out of services meant for children and are living at home, cared for by aging parents.

“When we took office, I’ll never forget, they said, ‘Basically there’s no money left in the autism file’ and I’d only been (premier) about a month,” Ford told reporters at a media briefing Monday morning. “Right away I said, ‘We have to double it.’”

The autism file has been one of the most contentious of the Conservatives’ four years in power. On Saturday, as they have most weekends of the campaign, a group of parents protested outside the campaign offices of three local Conservative candidates, including Jeremy Roberts of Ottawa West-Nepean, who joined Ford at Monday’s appearance.

A small group of autism activists followed Ford throughout the morning at his three Ottawa campaign stops.

The new Ontario Autism Program provides funding for specialized and costly therapy such as Applied Behavioural Intervention, but activists say only about 700 families have received funding so far, leaving 53,000 children on the wait list.

The Conservatives say they’ll ramp up admission to the program.

“We designed a program that was built for the community, by the community,” said Roberts, who said he entered politics to fight for people like his younger brother, who has autism. “We doubled the budget from $300 million to $600 million, the most spent on autism services ever in Ontario’s history. And now we’re starting to roll that program out.

“Over the next couple of months we’ll see 8,000 children move into this new program, which will be a world class program that will provide the help that these kids need.”

Kate Logue, a mother of two children with autism aged 8 and 11, said the promises sound good, but still leave tens of thousands of kids without service.

“It’s hard to believe that they could get 8,000 kids in by the end of the calendar year. But the fact is, even if they do, it still leaves 45,000 children on the wait list,” Logue said.

“They’ve dithered and delayed so much that there’s no way that families won’t be stuck waiting for years.”

Funding for the services is also age dependent, so kids who’ve been waiting four years for funding will get less money, if and when they’re approved. ABI is most effective with younger kids, so the children who’ve waited the longest will be entering school without ever having the benefit of therapy, Logue said.

While Ford gave no details about his plan for adults with autism, he said services for them would be priority.

“You know what else I want to focus on is adults with autism,” Ford told reporters. “As their parents are taking care of them and they’re growing up and they pass the age of 18, I’ve heard it more and more from parents as their children grow into adults … and they’re concerned who’s going to take care of them. We’re going to really focus on that.”

As of last fall, there were about 23,900 adults with developmental disabilities in Ontario on a wait list for supportive housing.