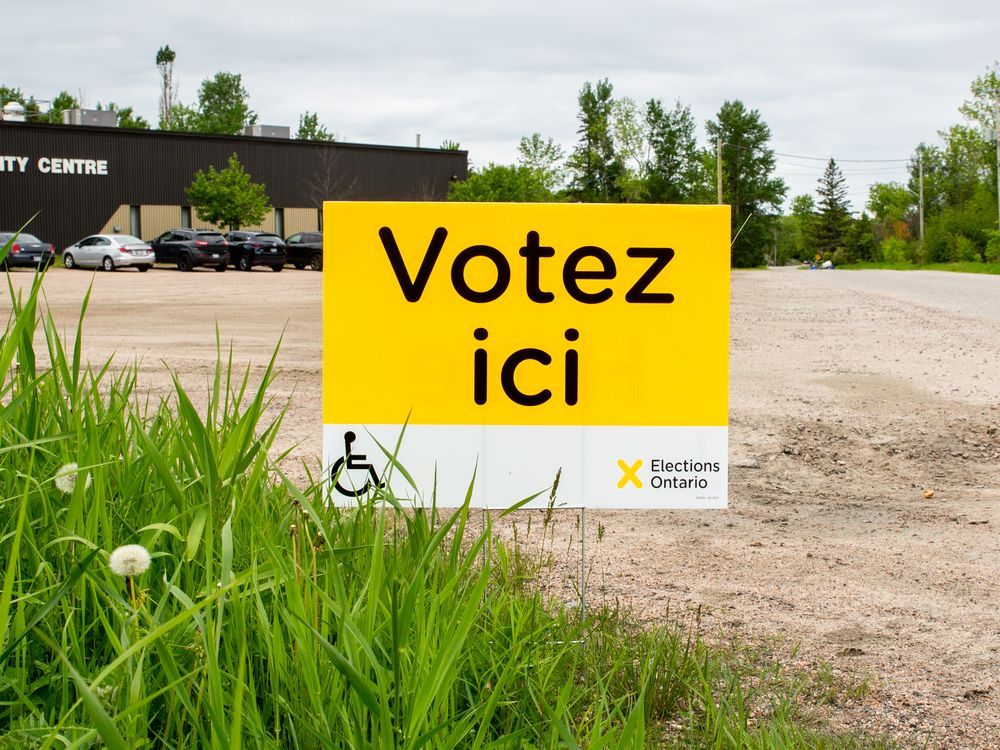 It won’t be easy for the Progressive Conservatives to gain seats in the City of Ottawa in the June 2 provincial election.

The Tories might be fighting for seat retention in part of the city.

The most interesting battle is likely in Ottawa West-Nepean, whose PC MPP Jeremy Roberts squeaked out a victory in 2018 over the NDP’s Chandra Pasma. They’ll both be on the ballot again, but it’s impossible to ignore that the Liberals, under Bob Chiarelli and Jim Watson, held the riding 15 years before Roberts’s win. The Liberals are tasking Sam Bhalesar with winning it back.

In the riding to the west, Kanata-Carleton PC incumbent Merrilee Fullerton had a tough start to her political career when she was moved out of her role as minister of long-term care in the second year of COVID-19. She’s now minister of children, community and social services.

While Fullerton handily won the election in 2018, the Liberals representing the Kanata-Carleton federal riding have won the last three elections. Still, the PCs have a strong provincial record in the area.

Ottawa Centre is in the hands of the NDP heading into this election.

Historically, the riding has flipped between NDP and Liberal, but the NDP’s Joel Harden ended a long period of Liberal representation in 2018 by stunning cabinet minister Yasir Naqvi, who’s now the area’s MP.

Harden’s political brand is bolstered by his base of supporters who like him prodding the Civic Hospital’s relocation to the Central Experimental Farm and the city’s LRT program, which has been funded by the province. Katie Gibbs will try to win the riding back for the Liberals.

Another curious contest is in the city’s easternmost communities.

In Glengarry-Prescott-Russell, it will be the first election Amanda Simard faces as a Liberal after being elected as a Progressive Conservative in 2018. She left the PCs early in the term before joining the Liberals in 2020. Stéphane Sarrazin is representing the PCs this election.

Before the 2018 election, Glengarry-Prescott-Russell went nearly 20 years with Liberal representation at Queen’s Park.

If the most recent provincial elections provide any guidance for other ridings, Nepean and Carleton could be locks for the incumbent PC candidates, and the same could be said for Ottawa-Vanier and Ottawa South, both with Liberal incumbents.

In Orléans, Liberal incumbent Stephen Blais will look to repeat his 2020 byelection win in a riding that has stayed with the Grits since 2003.

COVID-19 and Ontario’s post-pandemic future will surely dominate the chatter on the campaign, but there are issues specific to Ottawa that will demand positions by local candidates.

Two major infrastructure projects relying heavily on the provincial government are the Civic Hospital project and the expansion of the city’s O-Train network.

While The Ottawa Hospital doesn’t seem concerned about the impact of the provincial election on the Civic project, there’s still pressure on local politicians from some parts of the city to reconsider the location in federal green space. Harden, whose Ottawa Centre riding is where the current Civic and future Civic site are located, has raised the potential of an NDP victory impacting the project.

For Ottawa’s municipal government, the top infrastructure priority is the expansion of the public transit network into the suburbs.

The current $4.6-billion Stage 2 project, paid by all three levels of government, will run LRT through Orléans and go as far west as Moodie Drive, with the Trillium Line extended to Ottawa International Airport and Riverside South. The Stage 3 plan would bring LRT to Kanata, Stittsville and Barrhaven, but it would cost nearly $5 billion and the city has said it would count on the two upper levels of government to pay for it all.

A provincial inquiry into the city’s Stage 1 LRT program will begin hearings in June, potentially shaping how all three levels of government approach future transit projects.

Almost any local issue that becomes a lightning rod for debate has roots in provincial policies.

Outside of the big infrastructure demands, the city has heard people debate the merits of restructuring policing and having more certainty in land-use planning. Both areas are governed by provincial laws.

When it comes to environmental policies, the City of Ottawa has been writing a solid waste master plan that will be completely informed by what the provincial government does with its own waste-management strategies.