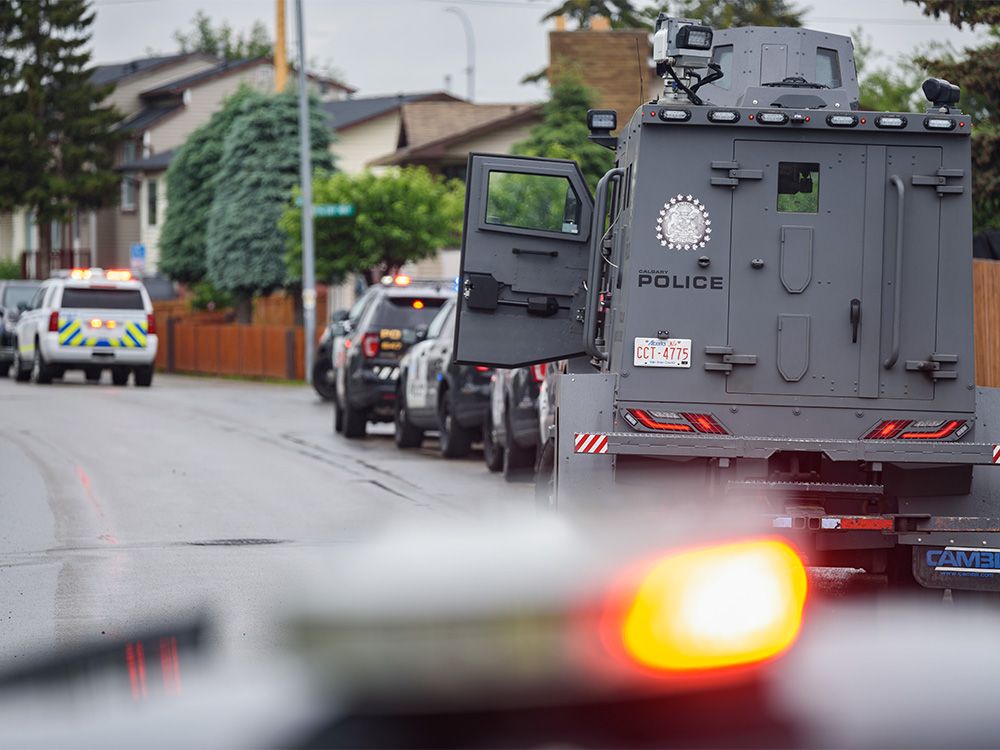 The victim of a shooting in the northeast community of Falconridge on Monday morning is deceased, Calgary police said.

A Calgary police spokesperson said police are investigating the death of a person — whose age and gender have not been released — after officers responded to reports of gunshots at the 0-100 block of Falsby Way N.E. around 11 a.m. on Monday.

While police investigated the area Monday afternoon, several roads near Falsby Way and 54th Street N.E. were closed and nearby houses were evacuated by officers.

The shooting comes a day after police found a body in Upper Mount Royal which is now being investigated by Calgary’s homicide unit.

Police said they received reports of a body in the alley behind the 1100 block of Frontenac Avenue S.W. around 9:30 a.m. Officers found the man dead in the alley and investigators deemed the death suspicious.

Investigators are continuing to speak with area residents and collect security camera footage to find out how the man ended up in the alley. An autopsy will be scheduled for Tuesday.

Police have not yet revealed the identity of the deceased.

— With files from Michael Rodriguez