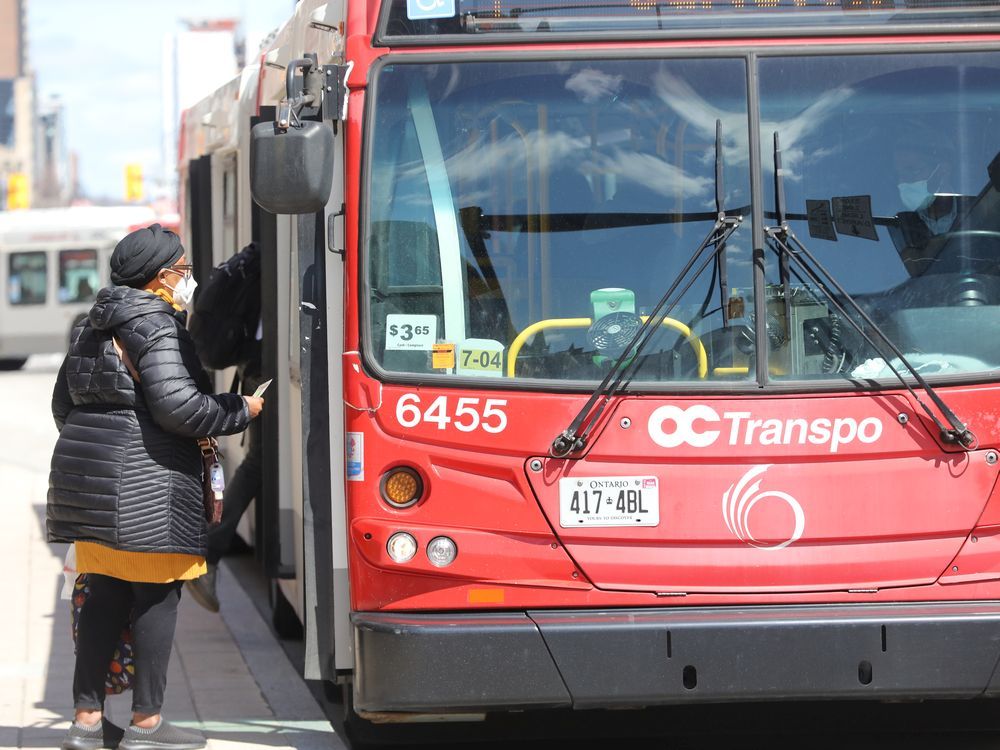 OC Transpo is keeping a mandatory mask mandate in place for the foreseeable future, regardless of what the provincial government decides about its own transit-specific mask order.

General manager Renée Amilcar told the city’s transit commission on Wednesday that the agency will maintain the mask requirement as it continues to discuss measures and messaging with Ottawa Public Health.

The province set April 27 as the end of all remaining mask mandates, including those currently applied to public transit, but Ontario’s chief medical officer of health has said there could be an extension because of high rates of COVID-19.

The mask rules for Transpo have been in place since June 15, 2020. During a meeting that month, the transit commission voted to implement the mask rules until the local medical officer of health says they’re no longer required.

Amilcar said compliance with Transpo’s mask policy remains high. No tickets are being issued for non-compliance, with transit staff choosing to focus on educating customers about the policy, Amilcar said.

Everyone must wear a mask on Transpo vehicles and at stations. There are exceptions for children under two years old, people who have difficulty breathing and people who are unable to remove a mask without assistance.

Some transit commissioners voiced support for keeping the mask policy in effect.

After learning recent ridership increases have been driven by customers who rely on discounted fares, Coun. Catherine McKenney said travellers who have little choice but to use public transit should be kept safe on Transpo vehicles.

Citizen transit commissioner Michael Olsen questioned Transpo taking its own approach if the province sticks to its plan to end the mask policy on April 27.