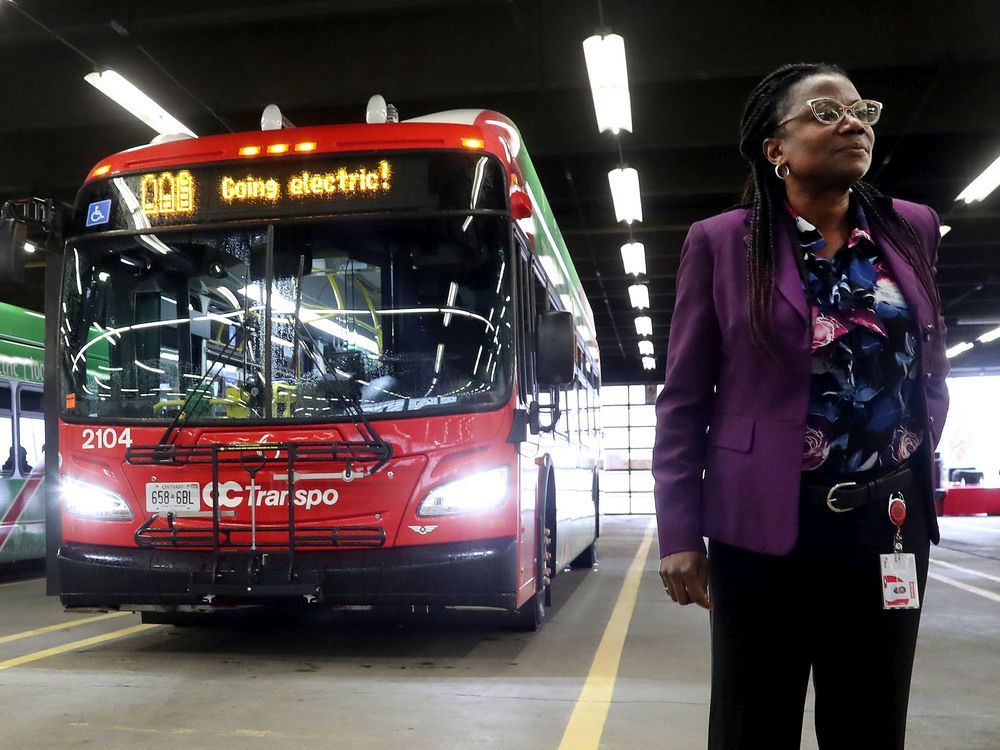 The transit agency intends to move ahead with the e-bus procurement in the coming days.

OC Transpo is reducing the number of e-buses scheduled to be purchased this year in response to advice from the city’s auditor general.

Renée Amilcar, the agency’s general manager, told the transit commission on Wednesday that OC Transpo wanted to purchase 26 e-buses, rather than the previously planned 74 e-buses.

The city is working with the federal government and the Canada Infrastructure Bank on a $1-billion program to bring battery-electric buses into the OC Transpo fleet.

Amilcar said OC Transpo was waiting for the feds to authorize the funding, but the transit agency intends to move ahead with the e-bus procurement in the coming days.

Amilcar said Transpo was still planning to have up to 450 e-buses by 2027 and to have the fleet fully converted to e-buses by 2036.