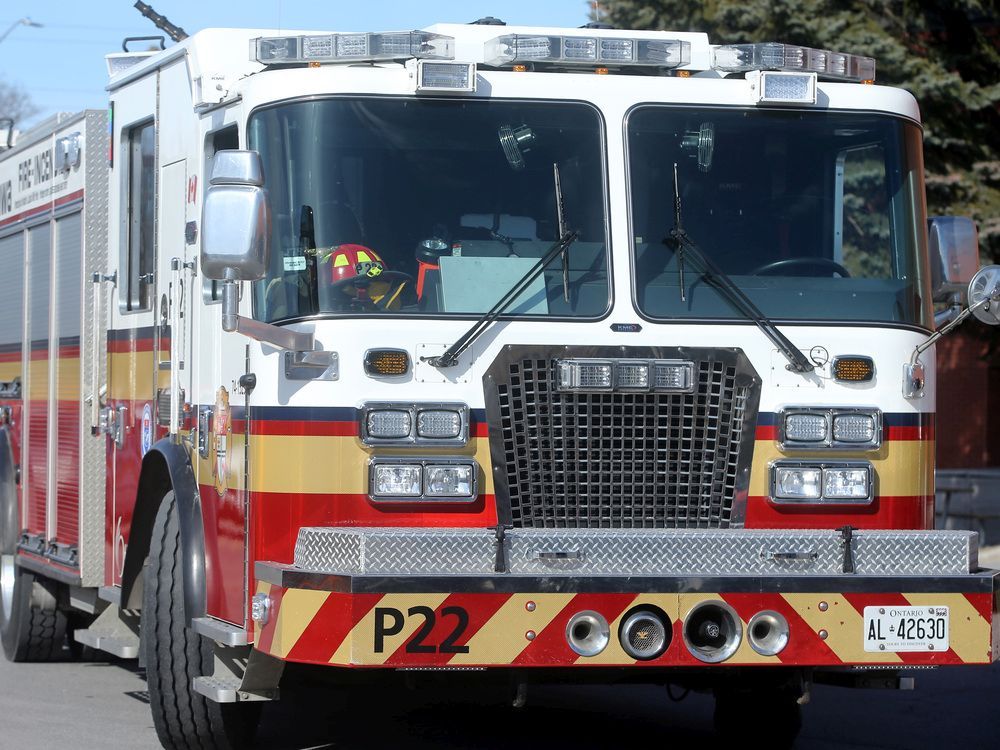 Smoke poured out a unit at a Heatherington Road high-rise Wednesday morning but firefighters confined the blaze to one unit and no injuries were reported.

Fire dispatch fielded a call reporting alarms sounding at the building between Albion Road North and Bannerhill Private at 10:13 a.m. A 911 caller then reported black smoke at the scene, which arriving firefighters could see from a distance.

Five minutes after the alarm call, the first firefighters arrived to find flames at the front of the building. They tracked the source to a fourth-floor apartment and made their way up the stairs to fight the fire, searching through heavy smoke to confirm no one was inside.

Other firefighters set up equipment to clear the stairwells of smoke.

The fire was under control at 10:28 a.m. and out eight minutes later.

Flames didn’t spread beyond the apartment — although the window of a unit above broke because of the heat — with a fire investigator dispatched to find the cause and origin.