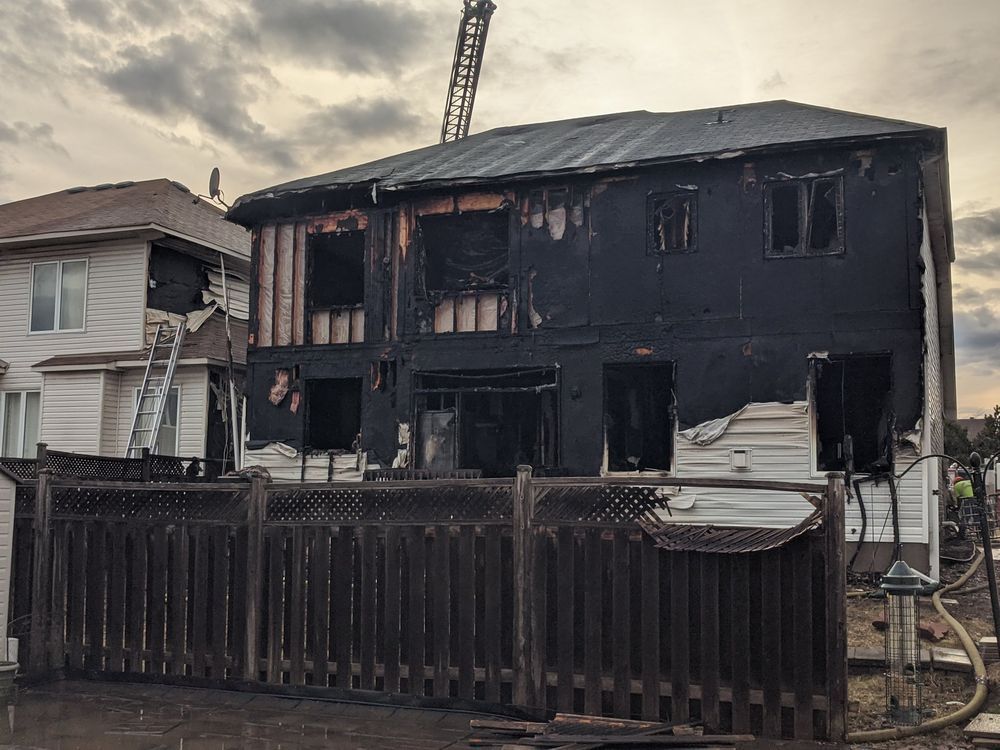 Firefighters got a call about flames at the house on Bearman Street, near Harbour View Street, around 6 p.m.

Ottawa Fire Services reported no injuries in a Monday evening house fire in Barrhaven, from which one “Lucky” pet cat was rescued.

Firefighters got calls about flames at the house on Bearman Street, near Harbour View Street, around 6 p.m. and spotted black smoke in the distance before arriving at the scene of the two-storey home, according to a release from the fire service.

The fire, which engulfed the back of the home and approached the house next door, was brought under control by 7 p.m. Firefighters remained at the site Monday evening. A fire investigator was brought in to determine the cause and the Canadian Red Cross was assisting those affected.

On Twitter, Ottawa Fire Services photographer Scott Stilborn noted the no-injuries report and that a rescued pet cat, named Lucky, was reunited with the family and headed to the vet for a checkup.