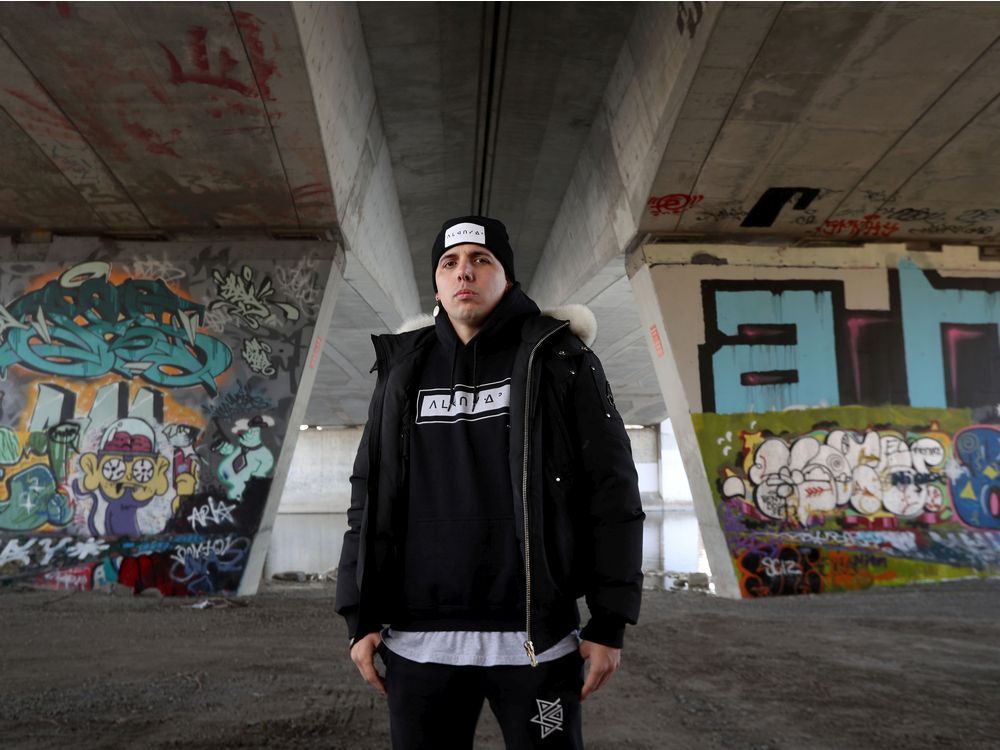 Cody Purcell travelled the 600 kilometres to the St. Joseph’s School for Girls “to look the evil in the eye.”

“I’m making this video because it’s taken me a long time to be where I’m standing right now,” Purcell says in a livestream to his Instagram account on May 25.

“I’m in a place called Spanish, Ontario. I’m standing in one of the residential schools my family was taken away to,” he says, choking back sobs.

It was just two days later that the entire world would know of yet another shame of Canada’s residential school system. On May 27, the Tk’emlúps te Secwe̓pemc First Nation announced it had found the unmarked graves of 215 children at a former school site in Kamloops, B.C. The announcement — shocking, but only to those who hadn’t been paying attention — set off a national soul-searching about the harm perpetrated on Indigenous Peoples.

Purcell, better known by his stage name, Cody Coyote, is one of this newspaper’s Newsmakers of 2021. The 29-year-old Ojibway activist, who first made his name as a rising hip-hop artist and motivational speaker, has matured to become a leading and passionate voice in Ottawa’s Indigenous community.

In opinion pieces for the Ottawa Citizen, Purcell has written about the experience in Spanish and criticized Canada’s child welfare system, which continues to remove Indigenous children from their home communities. His photo appeared on the front page in a story questioning Canada Day celebrations.

Is he surprised to find himself in such a position?

“It’s something I’ve wanted my whole life,” he said.

“I thought about taking that video down,” Purcell said of the harrowing Instagram post, which spares the viewer none of the pain of his experience. “But even now I get messaged from people who’ve seen it and said it helped them. So I’ve left it up. I want to show people that it’s OK to be vulnerable. It’s OK to share what happened to us. It’s OK to be supporting each other.”

Purcell’s grandmother and great uncle were sent to the boys and girls residential schools in Spanish, 100 kilometres west of Sudbury, from their home community of Matachewan. The trauma of that cultural dislocation and forced assimilation has cascaded down through the generations. As a young man, Purcell struggled with addiction, flirted with gang life and survived a suicide attempt.

A few months after visiting Spanish alone, he returned with his father to visit his grandmother’s grave. Purcell’s father was part of the infamous Sixties Scoop, when Indigenous children were taken from their families and placed in foster care. During the trip, his father met his two sisters fo r the first time. They held hands at their mother’s graveside.

In Spanish, Purcell took his drum inside the ruins of the two residential schools — St. Joseph School for Girls and St. Peter Claver’s School for Boys — where he sang songs and laid down an offering of tobacco.

“It was about getting some closure for myself,” he said. “It was about looking evil right in the eye, to say, ‘Hey. You’re not going to have power over me and my family anymore.

“I wanted to say, ‘It didn’t work. We’re still here. We’re still practising our language. We found each other.’”