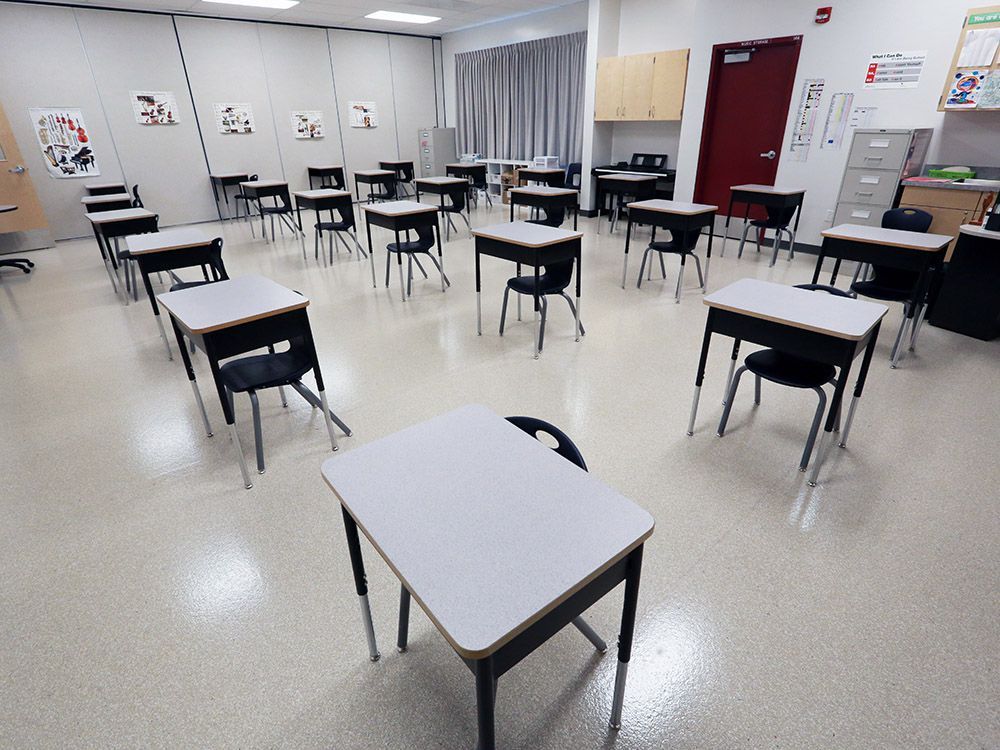 Alberta teachers are being asked to reject a new four-year contract, which critics say sets them back with minimal wage hikes and fails to address the growing complexities of classrooms.

Three former presidents with the Alberta Teachers’ Association have posted a letter saying the new deal, settled by a mediator last week, ignores a number of challenges for educators at a time when inflation and the cost of living are sky high, and more teachers are considering leaving the profession.

“Despite ATA bargainers’ best efforts, the mediator’s proposed settlement entirely fails to address teachers’ great frustrations with unacceptable classroom conditions, dismisses your legitimate concerns with teacher compensation, and locks teachers into a contract for over two more years at a time of great political and economic volatility,” the letter states.

“Frustrations with deteriorating classroom conditions have reached the boiling point, with the result that record numbers of teachers are likely to be leaving Alberta’s classrooms this June. The proposed settlement does nothing to address these urgent needs, and in fact has the potential to make some things even worse.”

But Booi argued that level of compensation is unacceptable, given that teachers have had wages frozen since 2015, and inflation is now hovering around six per cent.

“We know that teachers’ wages have been behind for some time. And it’s quite possible, that if inflation continues at the rate it is, teachers’ wages could be behind by anywhere between 13 and 17 per cent by end of 2024.”

At the same time, Booi added, with rising oil and gas prices, the province is expected to earn billions in energy revenues over the next few years.

“Clearly, this government is rolling in surplus cash, so my question is, ‘Why would you want to sign a long-term contract for such a small amount when you know inflation will be such a big problem?’”

Officials with the provincial government and ATA executives would not comment specifically on the mediated settlement.

ATA president Jason Schilling would only say the union has received the settlement and the ATA will be informing members about its contents.

“Teachers have the final say on whether to accept the terms of settlement, and we will now be taking the time to speak to and hear from our members,” he said.

“We will not be discussing anything else publicly until after teachers have had a chance to vote on the recommendation.”

But Booi and Bruseker said wages are only one of several frustrations teachers have been dealing with for decades.

Classroom sizes have grown out of control, Booi said, along with the number of special needs students without the support of aids or educational assistants.

And those challenges were exacerbated during the pandemic, when teachers faced the additional responsibilities of monitoring student health and ensuring classrooms were clean while also risking their own personal health around COVID-19.

“The biggest frustrations are classroom conditions that have made it increasingly impossible for teachers to do their jobs,” Booi said.

“Since 2008, we have watched class sizes continue to go up incrementally, where we have reached a point that many classes are as high as 40 students now.”

But a fair contract, Booi argued, can address class sizes by building in caps on classrooms, with some reasonable flexibility.

Instead, Booi argued, provincial governments have scaled back funding to education, particularly with the UCP providing flat funding increases over the past three years, in spite of enrolment growth.

“When governments want to squeeze the system, when they don’t want to put money into public education, they just reduce their allocations to school boards.

“And school boards continue to find themselves in a position where they have to automatically increase class sizes.”

Alberta Education has argued that funding to school boards remains fair, and has stayed stable despite lower enrolments during the pandemic. As well, Katherine Stavropoulos, press secretary to Education Minister Adriana LaGrange, has said that many school boards, including the Calgary Board of Education, have healthy reserve funding in place to make up for any shortfalls.

Bruseker argued the mediated settlement also supports Bill 15, which strips the ATA of its disciplinary function by allowing a government-appointed commissioner to oversee the complaints and disciplinary process, which will still be funded by the ATA.

“For decades the ATA was the disciplinary body, and now the government is saying in the mediator’s recommendation that the government will take it over. And ‘oh by the way’ they want teachers to pay for the process even though they‘re not doing the work.”

And, Bruseker added, the settlement also supports teachers facing ongoing police and criminal background checks, even though ATA rules state any new convictions must be reported to the union as part of its existing code of professional conduct.

“The mediators’ recommendation is no good on money, and no good on government actions. And teachers cannot accept it.”