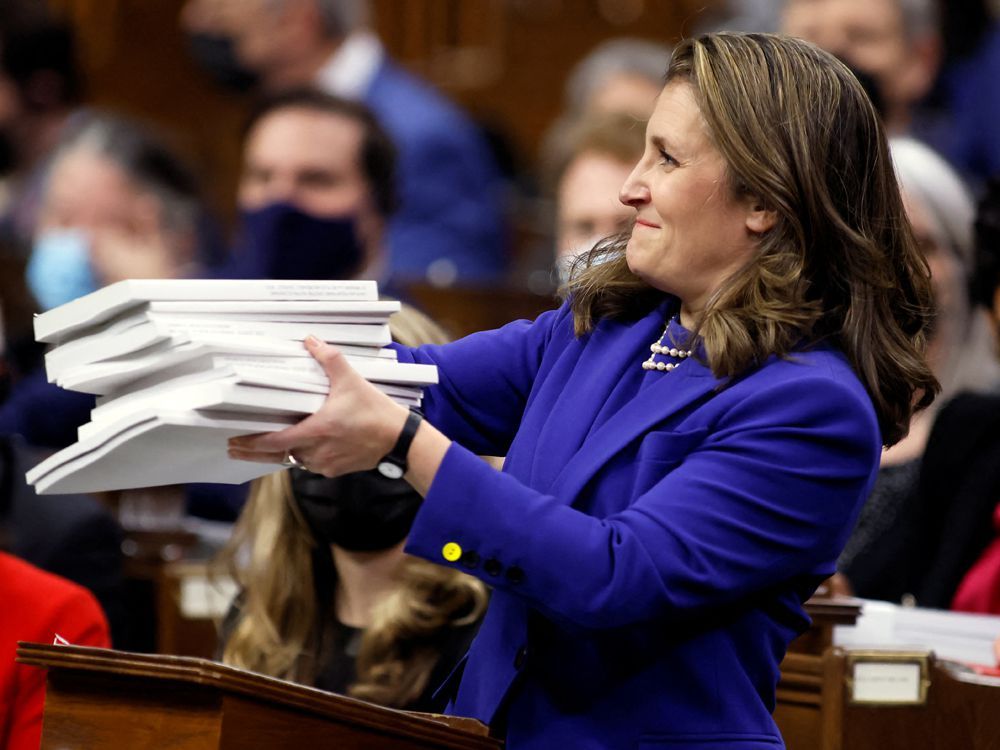 It was entirely appropriate this past weekend that we were treated to a so-called pink moon, here in Canada.

That’s the state of our country these days: a pink hue of insipid socialism colouring almost every aspect of life. Admittedly, while such a state of affairs is far from inspiring, it at least succeeds in its objective: lulling us into some sickly sweet, all-encompassing stupor.

Naturally, that proverbial chicken and egg conundrum quickly arises. What did come first: an endless parade of politicians promising to right every perceived inconvenience, or our own desultory desire in demanding they try? Whatever. Those two forces are now joined snugly at the hapless hip.

Look no further than some of the recent federal budget measures to spot where we’re headed: a collective path where those clamouring for our current favour and future votes dutifully soften every hard corner.

This is so pervasive even the Canadian banking system can be offered a modicum of sympathy, a state of affairs almost impossible to imagine a few short years ago.

Today the Liberals are looking at a one-time tax of 15 per cent on bank profits over $1 billion in the financial year just ending, a move expected to rake in about $4 billion. (The same excess profits tax is also being levied on insurance companies, another industry few could previously imagine anyone defending.)

Still, this move will undoubtedly have most Canadians nodding in sage agreement, given how we love making someone else pay the tab for our collective welfare and, let’s face it, banks and insurance companies have never elicited much empathy.

But it’s the thin edge of a nasty wedge. Give it 12 months and then watch how Alberta’s energy industry, which has suffered through seven long years of hardship, is next in line for a similar shakedown, as the current big spike in oil and gas prices leads to some very healthy bottom lines. (If you think the banks are disliked, just imagine the collective thumbs up a tax on energy company profits will receive from the rest of Canada.)

No doubt many might ask why certain industries should profit handsomely from pestilence and war. (A somewhat biblical way of appraising recent global events.) The simple answer being: that’s how life often works — there are ups and downs for individuals, companies and countries.

If we remove the chance of a future profit, we remove any incentive to invest in the present. Instead, society will simply sit on its collective hands and wait expectantly for government to provide, which it happily does, by borrowing yet more billions of bucks and then passing that resulting bill into the hands of Canadians not yet even born.

Ah, but there’s an upside to those industries suddenly smothered in a fresh blanket of taxation. Canada provides a cosy environment for them to operate. Sure, maybe they won’t be quite as profitable, but in return, they’re shielded from competition.

Our banks are a prime example. For heaven’s sake, what industry still works on a five-business-day timeframe in doing anything benefiting customers, or still believes the fax machine embodies cutting-edge technology?

So, if you want to curtail bank profits, open them up to global competition and see those fat fees drop and the insipid customer service improve. Hey, maybe they could even answer the phone in a matter of minutes rather than hours.

The same velvet-lined cocoon is afforded other major industries, such as telecommunications, airlines and dairy farming, which is why Canadians shell out much more for such services and products than our American cousins.

Competition is tough, dealing with your own mistakes even more so. Still, on both a financial and moral level, accepting this truth will collectively breed a country where risk-taking and innovation become aspirational stars.

True, reaching for such a distant star might end in failure. But, hey, along that daunting path you might come across the moon. If so, you’d notice there’s not a darn thing pink about it whatsoever.