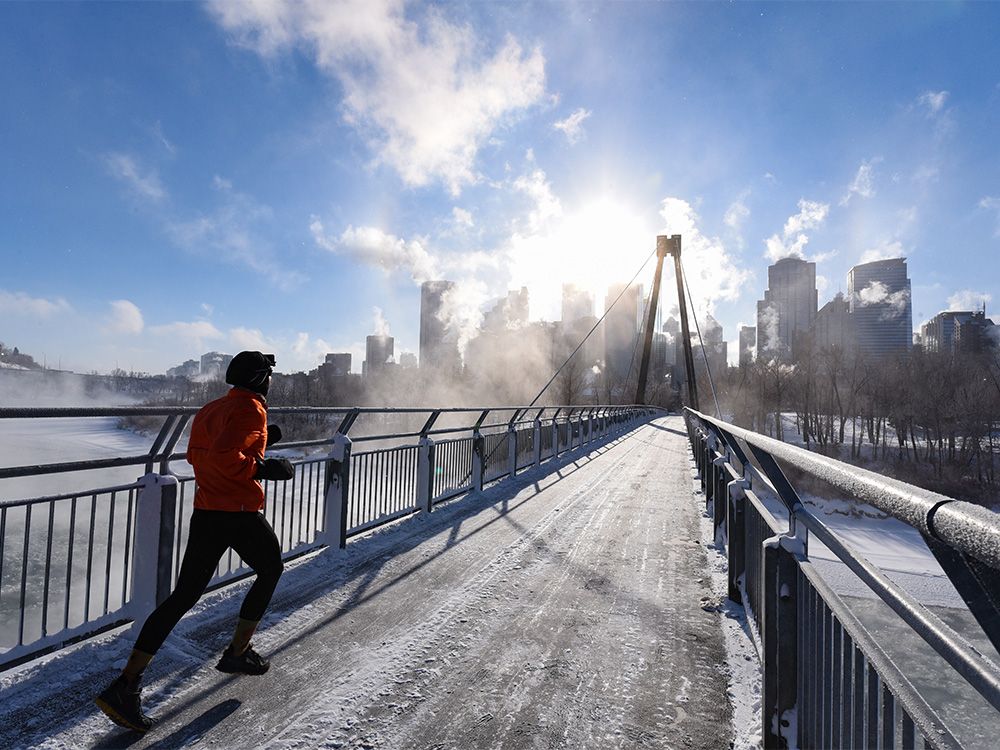 As the holiday season rolls on, an extreme cold weather warning has been announced for nearly all of Alberta.

The cold weather warning in place for Calgary, like much of the province, is calling for “extremely cold” wind chill values that could reach between -40 C to -45 C by Wednesday evening. Parts of central Alberta may see a reprieve Wednesday night, but extreme cold is expected to return to most areas later in the week.

Environment Canada and Climate Change warned that risks of extreme cold are greater for young children, older adults, people with chronic illnesses, people working or exercising outdoors and those without proper shelter.

Alysa Pederson, meteorologist with Environment and Climate Change Canada, said this weather can happen in December, although it has been a few years.

“In 2017, it was a pretty cold year,” she said. “Extreme cold temperatures, with windchills hitting the -40 C area is a thing that is possible as you lead into and after the solstice.”

🥶🧊Be safe if you have to be outdoors:
🧣Dress in layers
⛄️Cover your head
🧤Cover up exposed areas such as your fingers, cheeks, ears & nose
☕ Drink warm fluids
🐶 And bring your pets indoors!#FirstAid #abstorm pic.twitter.com/mmzqaSAzgA

The weather warning has reached nearly all of Alberta, excluding some central and southern areas along the western border of the province.

The intense cold settled in near the end of last week due to an extremely cold air mass that descended from Siberia.

“We are going to get a little bit of reprieve as we go into Friday and Saturday, essentially ringing in the new year with some warmer weather,” Pederson said. “But then, to get this warm weather, through next week we are getting a pretty big system. All of this arctic air will get pulled right back down through southern Alberta.”

While there will be a bit of a reprieve from the extreme cold temperatures, Pederson said it won’t last long. Environment Canada forecasts Jan. 3 to see a high of -21 C and a low of -26 C, and the following day will hit -25 C.

“Enjoy your weekend if you are out, because once we get past that we will go back to below normal temperatures,” she said.

Pederson added the cold snap may feel especially jarring due to the warm fall Calgarians experienced.