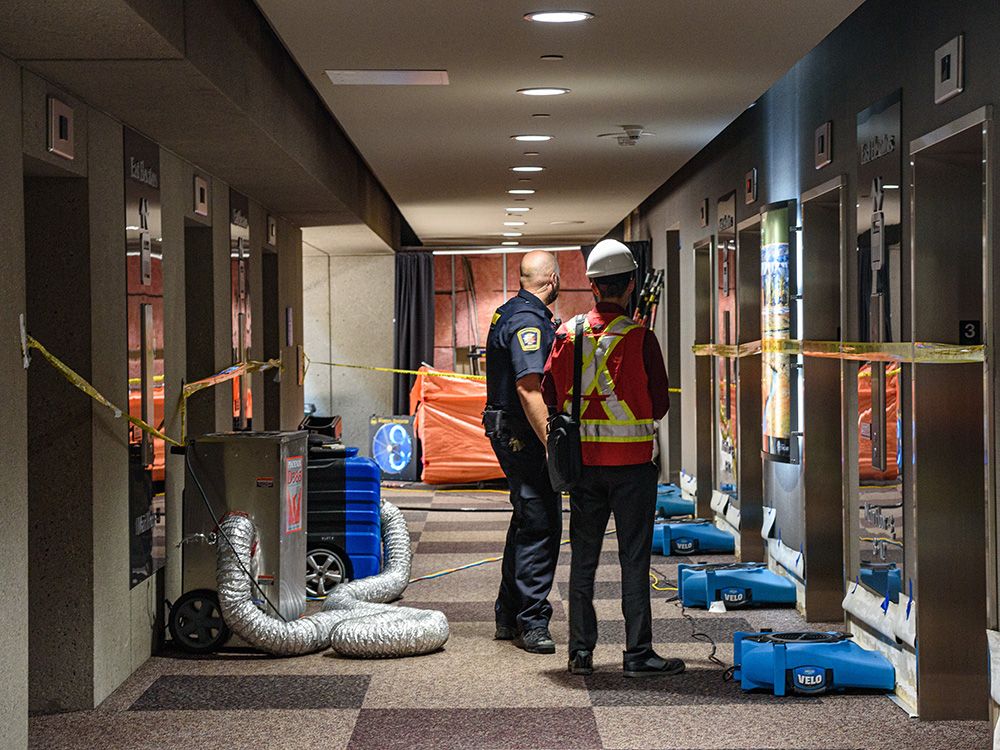 Calgary’s municipal building will reopen to the public with some service limitations Monday, almost one week after a man broke in and set a series of small fires that activated the sprinkler system.

While repairs continue, service counters on the third floor, where most of the water damage occurred, will remain closed.

Fair Entry services, cashiers and tax services have been temporarily relocated to the third floor of the Central Library, at 800 3rd St. S.E.

In-person planning and development services are at the Whitehorn Multi-Services Centre, at 3705 35th St. N.E.

“A lot of work has been done to remove the water, restore power and ensure the municipal complex is safe for citizens and employees.”

City officials have not said when the complex could fully reopen, or given an estimated cost of repairs.

Police were called to city hall around 4 a.m. Tuesday after a man holding a large knife was seen setting fires in the building.

The intruder, who smashed through a window to gain entry, was known to the Police and Crisis Team, which responds to vulnerable individuals with mental-health and addictions issues.