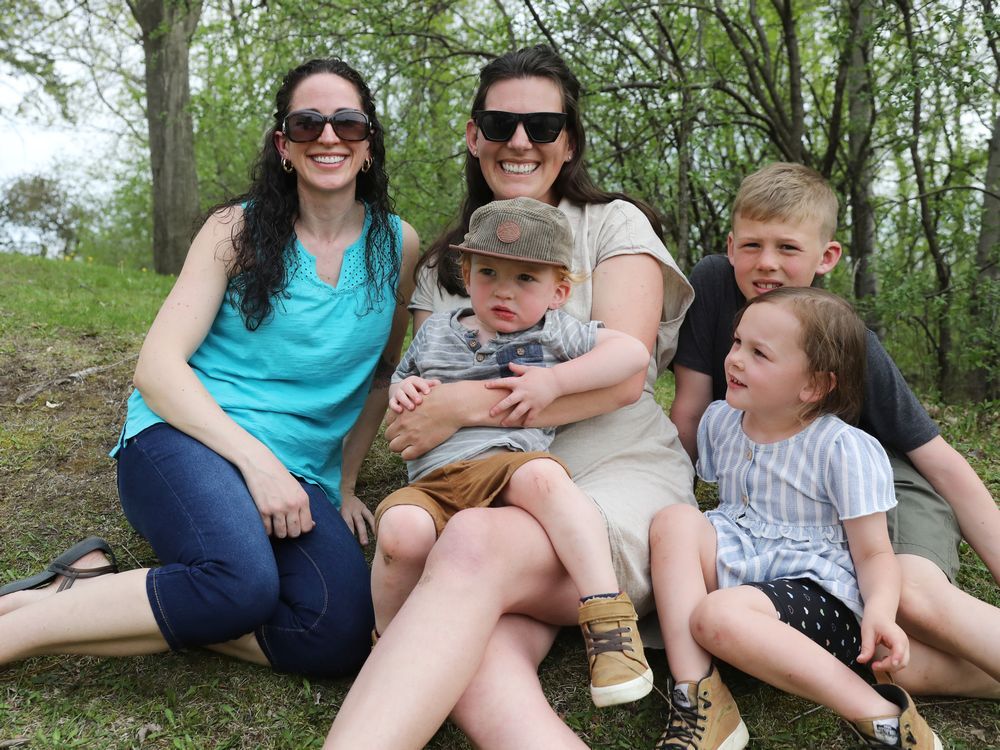 A mother of four young children, Katie Cleary has always favoured the free samples at Costco in Barrhaven.

So she didn’t think twice when frozen strawberries were on offer April 19: she took one for herself and gave one to her two-year-old toddler, Van, who was seated in a double-stroller beside his infant brother, Theodore. Van looked startled by the cold of the treat.

“It’s cold, it’s cold!” Cleary told him. “But then I realized the shock wasn’t from the cold: it was because he was choking.”

Cleary patted his back to dislodge the frozen berry, but as Van’s face started to change colour, she lifted him from the stroller and tried the abdominal thrusts popularized by American doctor Henry Heimlich. Van was still unable to breathe.

Van went limp with unconsciousness as other shoppers tried desperately to help. Someone called 911.

“Van turned blue,” Cleary remembered, “and I lost my mind and I ran to the front of the aisle and just started screaming for help.”

A Costco employee took to the intercom and asked for anyone with first-aid training to go “right now” to the frozen food aisle.

Sophie Barrette, 35, was in the bread aisle with her six-year-old daughter when she heard the urgent appeal. The Ottawa Hospital nurse was just getting over a bout of COVID-19 and had yet to return to her job with the hospital’s mobile mental health crisis team. It was her first day out in the community again.

In fact, Barrette was in Costco only because she felt guilty driving past the store when she knew her family was out of bread.

She ran to the frozen food aisle where a crowd had gathered: she saw two men holding Van upside down, thumping his back. Barrette, who had spent eight years in the hospital’s intensive care unit, took charge.

Told the boy was choking on a frozen strawberry, Barrette said, “Give him to me, give him to me!”

She put him over her leg and did four or five back blows without effect. She then realized the boy had no clear vital signs.

Barrette flipped him onto his back, checked for his femoral pulse — she couldn’t find one — and started chest compressions.

“Any time that there are no vital signs, you use CPR (cardiopulmonary resuscitation) because you want to profuse the organs,” she explained.

During her years in the ICU, Barrette had been part of the unit’s “Code Blue” team and had often performed CPR in emergencies. This was her first time using the lifesaving procedure on a child.

After a few minutes of CPR, some colour returned to Van’s face. Barrette checked his pulse again, but it was weak. “His airway was still pretty obstructed so I started again with compressions,” she said.

After a few more minutes, his colour improved and she did another pulse check. It was stronger. “We had a pretty good airway — it was still obstructed — but we turned him onto his side and he started coming back little bit by little bit,” Barrette said.

Five minutes later, Van’s eyes fluttered and, as he regained consciousness, he sat up. Cleary picked him up and hugged him.

Paramedics arrived and Van was taken to CHEO; his mother worried he might have suffered a brain injury since he had been without oxygen for several minutes. But Van was released from hospital the same day, perfectly healthy.

“I believe it was a miracle,” said Cleary, 32, who credits Barrette with saving her son.

The two women had an emotional reunion Thursday outside The Ottawa Hospital where Cleary’s children presented Barrette with flowers.

“I think about you every day,” Cleary told Barrette. “When Van is running around being a hooligan, I just think, ‘I can do this because he’s still here — and that’s all that matters.’ ”

Van was entirely himself on Thursday, chasing a rabbit, manhandling a water bottle, laughing and rough-housing with his four-year-old sister, Willa.

“I just couldn’t imagine my life right now without him. … I am grateful every day for Sophie,” said Cleary, who has signed up for CPR lessons and sworn off the free samples.