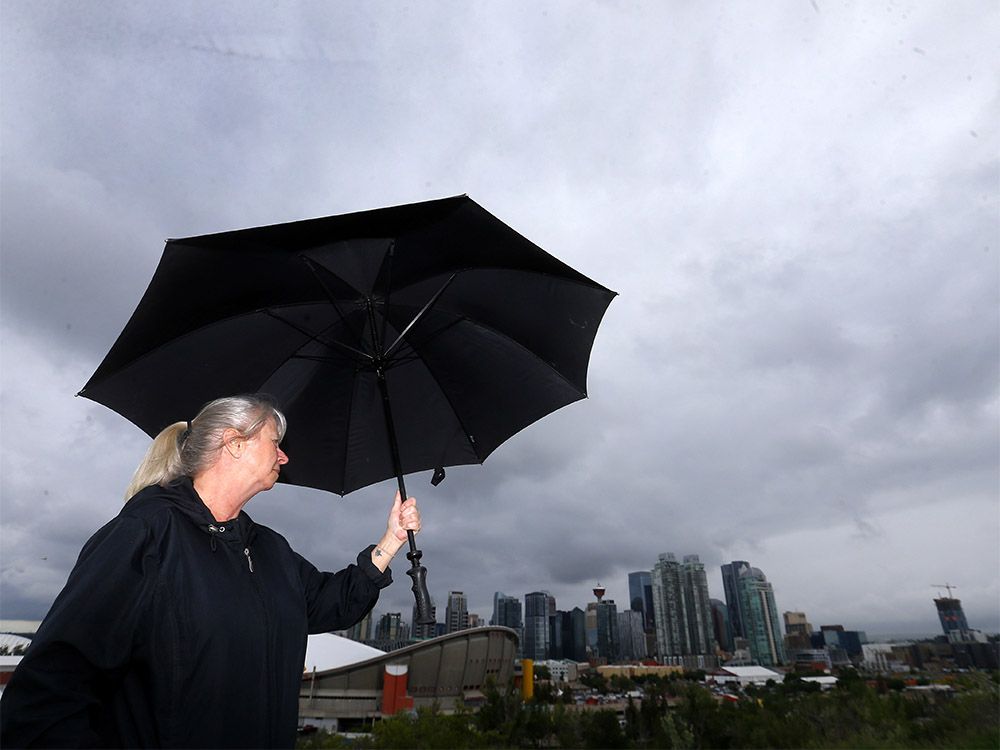 More rain is in the forecast this week after an above-average level of precipitation was recorded in Calgary in June, according to Environment and Climate Change Canada.

A chance of showers is forecasted throughout the week as the city welcomes crowds to the first full Calgary Stampede and parade in three years on Friday. But following a rainy June that saw the city ready itself for possible flooding, July is expected to warm up.

“For the month of June, at the Calgary airport, they received 130.1 millimetres of precipitation, compared to the average for June of 94 millimetres. There was above-average precipitation,” said Terri Lang, a meteorologist with Environment Canada.

“The forecast for July is showing it’s forecasted to be above average for temperature but not a lot above average.”

There were many factors that worried officials about the possibility of flooding in Calgary in June, Lang explained. About 50 millimetres of water fell during that time, but there were major concerns about what was happening upstream in the mountains and throughout the river basin.

The City of Calgary declared a state of local emergency in response to a three-day storm that dumped significant rainfall on the city, making it easier to prepare for rising rivers. Several roads were closed around the Elbow River and a temporary berm was built on Memorial Drive to protect homes in the area.

The state of local emergency and berm were removed when the weather improved and river levels went down.

“That was a well-forecasted event and they dealt with it really well,” said Lang.

“There’s been an absence of that hot, sunny weather that people equate with summer. We have yet to see that,” said Lang.

July is forecasted to have above-average temperatures. Lang said it appears there is some heat building, but Calgary isn’t expected to get the kind of heat experienced last summer with the heat dome.

“We should start to see some temperatures in the mid to upper 20s coming in. So that’s promising, for those that like the warm weather,” said Lang.

This week, the weather forecast is unsettled.

“There will be thundershowers on and off, type of thing. Not pouring rain every day, or anything like that,” said Lang.

People heading to the Stampede parade or Calgary Stampede should be prepared for rain, but also for hot temperatures as the temperature is expected to rise over the course of the week. Bring a jacket and umbrella, but also be prepared to stay hydrated, pack sunscreen and seek shade, Lang said.

“About 25 degrees might not sound that hot, but when you’re standing around in the sun, it can get quite warm,” she said.

Environment and Climate Change Canada is expecting a high of 25 C on Friday with sunny conditions, though rain is expected overnight Thursday. There’s also a chance of showers on Saturday with a high of 22, and a sunny high of 24 forecasted on Sunday.