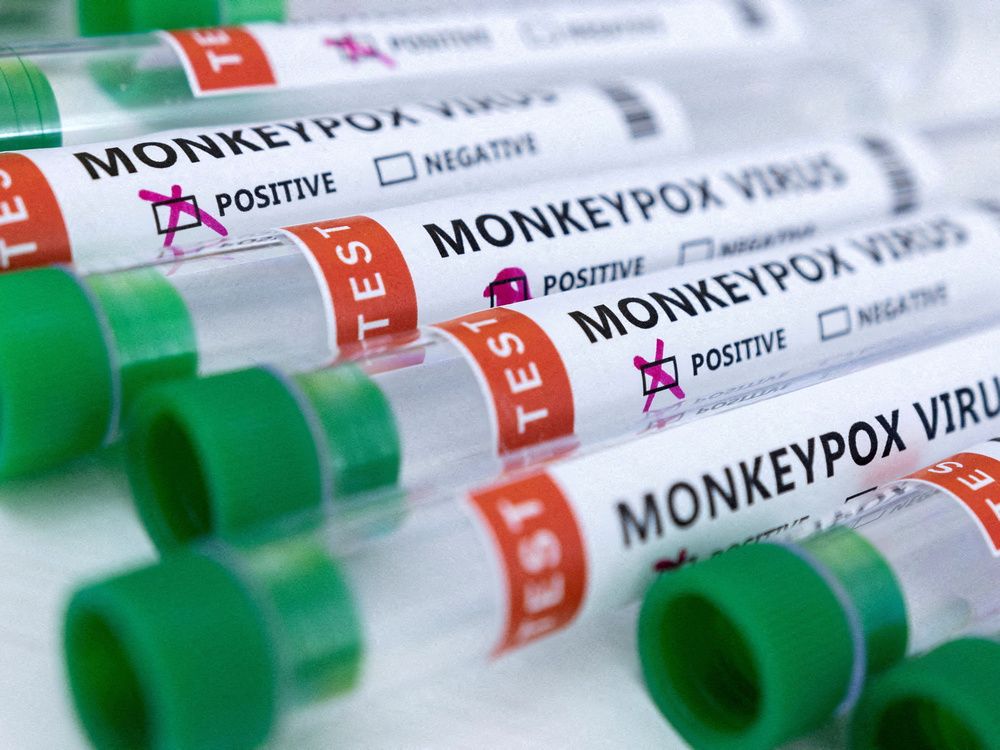 There are now 31 confirmed cases and one suspected case of monkeypox in Ottawa, according to the latest Public Health Ontario data.

The cases make up seven per cent of the 423 confirmed cases of monkeypox in Ontario according to the data, which was published on Tuesday.

Ottawa Public Health is following up with everyone who tested positive for monkeypox and their close contacts, according to a statement attributed to Marie-Claude Turcotte, the director of health promotion and chief nursing officer at OPH.

More than three-quarters of the confirmed monkeypox cases in Ontario are in the Greater Toronto Area. In all but two of the 423 confirmed cases, the patients were men. According to the CDC, monkeypox is not a sexually transmitted infection. It can spread during any type of close physical contact.

No one has died from monkeypox in Ontario, but 11 people have been hospitalized and two of them landed in the ICU.

The vaccine, called “Imvamune”, was originally developed for the prevention of smallpox, but can be used to protect against monkeypox infection. It can be used pre- or post-exposure to prevent illness or severe outcomes. According to the OPH website, the vaccine cannot make you sick; it “contains a very weakened form of a virus similar to the one that causes monkeypox.

“When a person is given the vaccine, the immune system will produce its own protection in the form of antibodies against the virus.” A single dose will provide two to four weeks of protection.

“OPH is working to ramp up clinic capacity at the sexual health clinic to address the increase in demand for monkeypox testing,” Turcotte’s statement said.

Who can get vaccinated

OPH said it was continuing to administer vaccines to individuals who are at higher risk of monkeypox. “We encourage all eligible individuals to get vaccinated as soon as possible,” Turcotte said. “Individuals can find out if they are eligible to receive the vaccine and book appointments at OttawaPublicHealth.ca/monkeypox.”

This OPH website says “based on the Ontario Ministry of Health guidelines, trans- or cis-gender individuals who self-identify as belonging to the gay, bisexual and other men who have sex with men (gbMSM) community are eligible” if they meet one of the five listed criteria which include having or planning to; have two or more sexual partners, having anonymous/casual sex, having a recent STI, attending bath houses or sex clubs, or engaging in sex work.

OPH is asking people who think they may already have monkeypox to not attend a public vaccine clinic. “People with signs and symptoms of Monkeypox infection should NOT receive the Imvamune monkeypox vaccine as it is not intended for the treatment of Monkeypox. Do not attend an Imvamune clinic if you have symptoms,” says the OPH website.

Where to get vaccinated

“We are monitoring the need for additional vaccine clinic capacity to ensure eligible residents are able to access the vaccine. Please continue to refer to our website for the most up-to-date information about our clinics,” Turcotte said.

Monkeypox is a rare disease caused by a virus usually endemic in Central and Western Africa until the 2022 outbreak. As of Aug. 2, there were more than 25,000 cases worldwide, according to the CDC. It enters the body through broken skin, the respiratory tract or the mucous membranes, such as the eyes, nose or mouth.

Most of the monkeypox patients in Ontario reported a rash, oral or genital lesions, fever and fatigue as their most common symptoms.

According to OPH’s website: If you think you may have come in contact with someone who has symptoms of monkeypox, you should monitor yourself for symptoms for 21 days and contact Ottawa Public Health at 613-580-6744 for further assessment to see if post exposure prophylaxis, or vaccination, is recommended.

With files from Nicole Feriancek