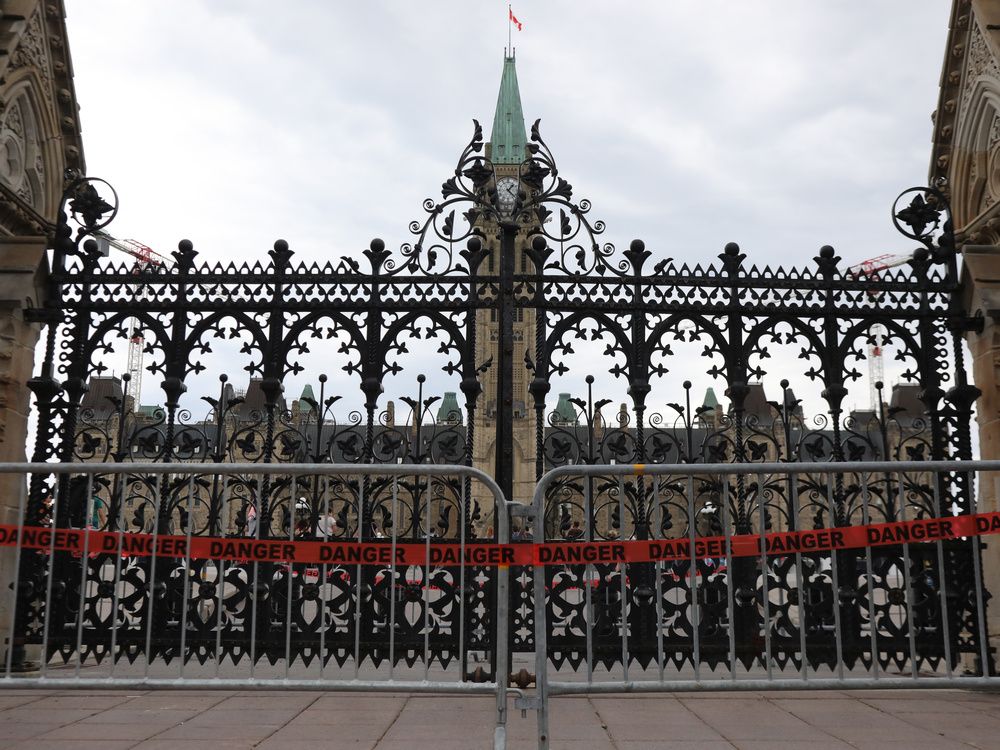 Ottawa police have arrested a man they say rammed a vehicle into the Parliament Hill gates while in possession of “edged weapons,” including a sword.

The incident occurred early Wednesday morning, at 3:30 a.m., when an unauthorized vehicle drove onto Wellington Street, which is closed to traffic, and into the front gates, the Ottawa Police Service said in a media release.

Security infrastructure prevented the vehicle from going any further, the police added, and a nearby Ottawa police officer took the driver into custody without further incident. There was minimal damage to the gates.

The driver, Maxwell Pate, 29, appeared in court later on Wednesday and was charged with dangerous operation of a vehicle and mischief. Pate was previously charged with two counts of assault with a weapon on May 2. He was out on release under the condition to possess no weapons.

But police allege he had several “edged weapons,” including a sword when he rammed the gate.

Pate was reported missing earlier this year and police said at the time he was possibly armed with a knife and a risk to harm himself or others.

The OPS said it was leading the investigation into the incident alongside the Parliamentary Protective Service, which oversees security for the parliamentary precinct.

Vehicle traffic has been prohibited on Wellington Street since police cleared the “Freedom Convoy” protesters, who for weeks early in 2022 were in front of Parliament Hill and across the downtown core.

A parliamentary committee is currently weighing whether the street should remain permanently out of bounds to vehicle traffic.

In July, Ottawa police shared an image of a white pickup truck covered in “Freedom Convoy” imagery and laden with flags that had driven past barriers erected on Wellington Street to keep vehicles out. The driver of that vehicle was fined more than $1,000 for driving on a closed roadway and disobeying a sign, among other offences.

With files from Aedan Helmer