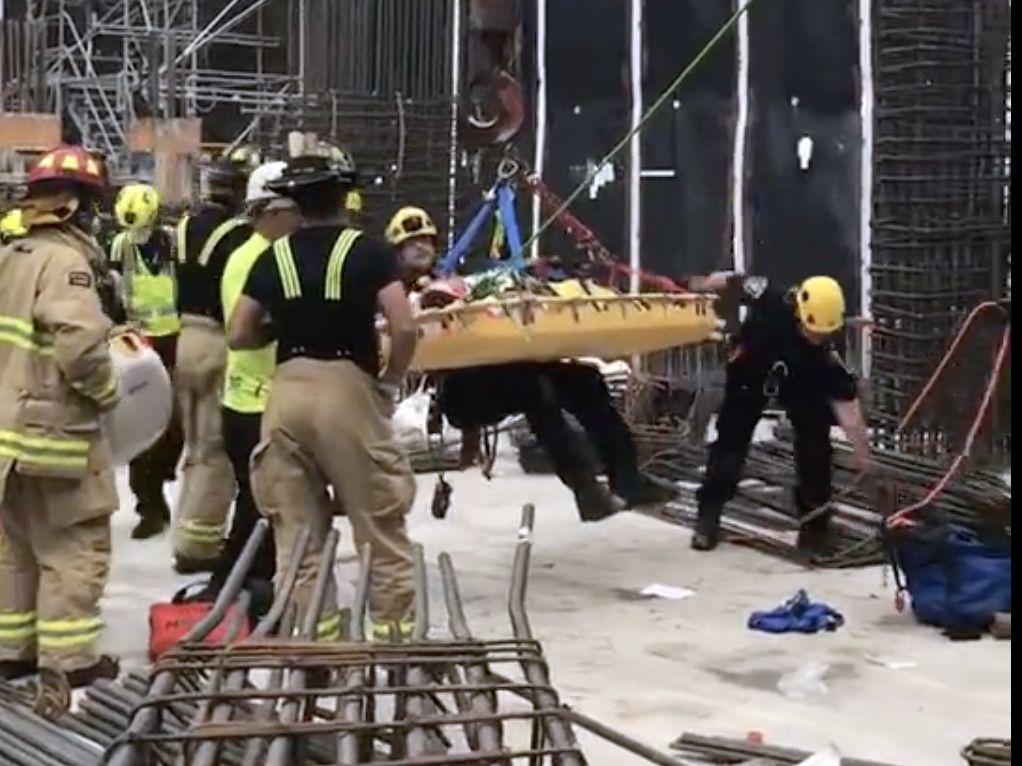 Ottawa Fire Services rescue specialists were called Thursday afternoon after a man was struck by a beam on a construction site and had to be brought up from about 13 metres below ground level.

The rope rescue unit was called shortly before 3 p.m. to the site at Burnside and Lyndale avenues, in the Tunney’s Pasture area. After assessing the situation, crews descended with paramedics into the hole.

At about 3:30 p.m., the rescuers “packaged” the patient in preparation for moving him above-ground.

According to Ottawa Paramedic Service, the man was taken to the trauma centre in serious but stable condition, with non-life-threatening injuries. A paramedic spokesperson credited the man’s helmet for preventing more significant injuries.