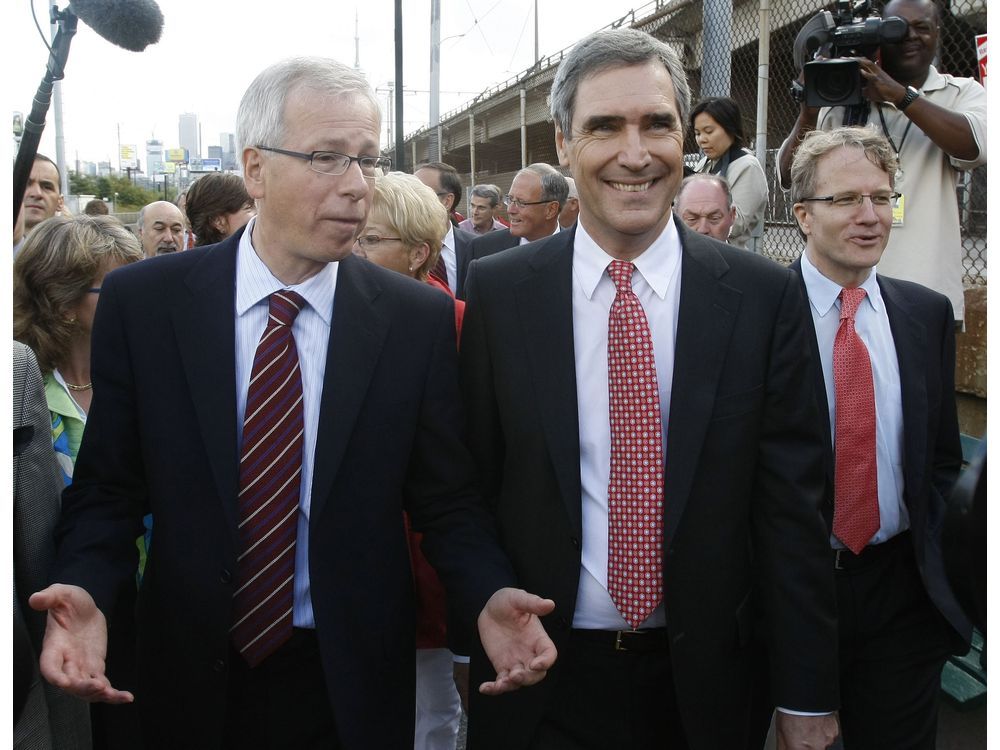 Not that Dion, Canada’s ambassador to Germany and special envoy to the European Union, can be expected to be watching too closely from the diplomatic ice floe to which he was consigned by Justin Trudeau. For one, the reception in political Siberia isn’t great. Secondly, there’s rather a lot going on in Europe and Germany at the moment, what with Ukraine, NATO and continent-wide re-armament, even if Canada isn’t central to most of it.

But having been in their shoes, Dion can certainly appreciate what lies ahead for the six Conservative finalists. The would-be Tory leaders are now participating in a series of official debates that will be watched closely by their membership, yes, but also by their political opposition. And while it matters greatly what the candidates say about themselves, what they say about their opponents might matter more in the long run.

This is the lesson Dion learned the hard way with his bid for the Liberal leadership. Although the former academic-turned-ardent-federalist-turned-author-of-the-Clarity Act-turned-environment minister had a record of achievement in government longer than a Leonard Cohen poem, he was undone by criticism from a political novice, Michael Ignatieff, in one of the leadership debates.

In a feisty exchange, Ignatieff slated Dion over the former’s record on the environment, saying: “Stéphane, (the Liberals) didn’t get it done (on the environment). We didn’t get it done.” Given that Ignatieff had by then been a Liberal for a minute-and-a-half, and Dion had a dog named Kyoto and was positioning himself as Mr. Green with a Green Shift to green Canada, the friendly fire was as unhelpful as a nasty fart in a crowded lift. Not that Dion dissipated the scent with his rank reply: “This is unfair. Do you think it’s easy to make priorities?”

The Conservatives watching the debate giggled their bottoms off and logged the friendly fire, their excitement tempered only by the fact the nebbish professor would never actually become Liberal leader — until, that is, he did. But that clip would eventually do him in.

Of course, the story took a few more years to play out, but the framing of Dion was accomplished in one go by Ignatieff, boosted by the huge ad spend of the Conservative Party once Dion had bested his rivals. The average punter might not follow politics too closely, but they know when someone gets zinged by an ally it’s more likely to signal a home truth, or a skeleton escaped from a party closet, and not be just a cheap partisan snipe.

All the more reason, then, for Conservatives to tread carefully as they hold their verbal jousts. But who are we kidding? Asking Conservatives to temper their rhetoric is as useless as asking a bureaucrat not to spend someone else’s money.

Indeed, front-runner Poilievre, he of the hefty verbal howitzer, has already conducted a Dion-like strafing of rivals Charest and Brown, labelling them both as loud-and-proud carbon taxers; Charest individually as a Chinese quisling; and Brown as a “liar” who “lies a lot.” In return, Charest has taken issue with Poilievre’s unqualified support of the freedom convoy, while Brown has dredged up Poilievre’s past support of the so-called “niqab ban.” So much for kumbaya.

If anyone has the power to Iggy Pierre, it might be Baber, he of the Maxime Bernier-esque aversion to COVID-19 public health measures. With Charest saying Poilievre went too far on the freedom convoy and Baber countering he didn’t go far enough or, with Lewis saying Poilievre’s not robust enough on social issues and Brown saying he’s problematic with immigrant communities, the risk of below-the-waterline damage is high.

That’s why the typically punchy Poilievre will aim to stay on the offence, while being decidedly unclippable on defence.