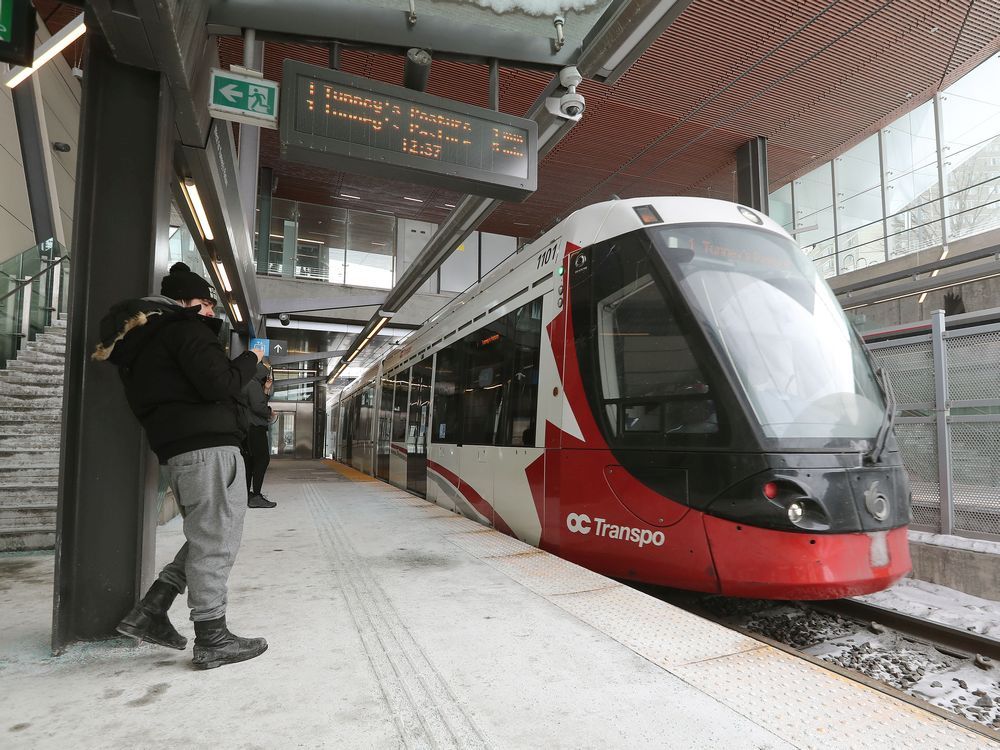 The judge overseeing the LRT inquiry isn’t allowing claims of confidentiality get in the way of the commission learning as much as it can about the troubles of the Confederation Line.

The inquiry hearing enters its last week on Monday with eight witnesses scheduled to testify over four days.

The week opens up with city manager Steve Kanellakos giving evidence in the morning, but the last word on Thursday will go to executives with the Rideau Transit Group.

The City of Ottawa was one of of the parties that tried to hold back piles of documents from the inquiry, but Hourigan didn’t have a sympathetic ear for the city’s call for secrecy.

“At its essence, the City’s application is a series of broad claims to suppress documents, wholly unsupported by any compelling factual or legal basis for doing so,” Hourigan wrote in his decision on June 10.

The city argued that about 1,600 documents, or parts of them, shouldn’t see the light of day because they contained sensitive information related to procurement, risk analyses, decisions of the independent certifier and findings of Transportation Research Associates, which is the Philadelphia-based firm hired to review the LRT system’s return to service after the second derailment last year.

Most of the city’s concerns were about the release of sensitive commercial information.

The city also wanted redactions to Stage 2 capital budget information and all term sheets, which are business agreements. On that, Hourigan was open to hearing further arguments. (Under the commission’s mandate, Stage 2 isn’t part of the investigation.)

It wasn’t the only request from the city to have evidence shielded from the public.

The city worried about some WhatsApp group messages being released publicly and argued that solicitor-client privilege and litigation privilege should keep the messages secret.

The commission learned about the WhatsApp chats involving city officials after city consultant STV produced the instant messages as part of the evidence disclosure process.

This time, arbitrator Frank Marracco was tasked with making a decision on the city’s request.

In a decision released June 21, Marracco allowed the city to scrub phone numbers and personal information from the chats, but the arbitrator didn’t buy the city’s claim on privilege. Most of the messages’ content was released.

The city wasn’t the only organization hoping to keep evidence under wraps during the inquiry.

Infrastructure Ontario (IO), a provincial Crown agency, applied to have about 2,300 procurement and advice-to-government documents made confidential, which would have blocked their release to inquiry participants and the public. The agency proposed to only let participants’ lawyers to view the material.

The commissioner shot down IO’s request with gusto, pointing out that such a confidentiality order would fly in the face of what the inquiry was asked to do.

“The Commission is mandated to get answers for the people of Ontario regarding what happened on the (Stage 1) Project and how we can prevent the problems from happening again,” Hourigan wrote in his decision.

“All participants should be committed to obtaining those answers, and it should be obvious to them that solutions will not be discovered if thousands of relevant documents are suppressed.”

The Rideau Transit Group also made a claim for confidentiality related to documents for an arbitration between its construction arm, Ottawa Light Rail Transit Constructors, and train maker Alstom. The companies wanted their sensitive financial information protected from release.

Hourigan allowed the companies to make “reasonable redactions” to the documents.

During the inquiry hearing, Hourigan has shown that he has no time for witnesses avoiding questions or speculating if evidence could be confidential.

One notable moment was when city financial consultant Remo Bucci of Deloitte said he had to be careful about his evidence because of “confidentiality”.

“We’re here for a public inquiry,” Hourigan said. “We don’t hide behind confidentiality. We don’t answer questions on the basis that it might be confidential. If there is an issue with something you’re saying, somebody will let us know, but right now, you should feel free to answer questions fully.”

On the other hand, there have been moments when Hourigan or lawyers have stopped a witness from talking if the evidence would break client-solicitor privilege or get into ongoing legal disputes.