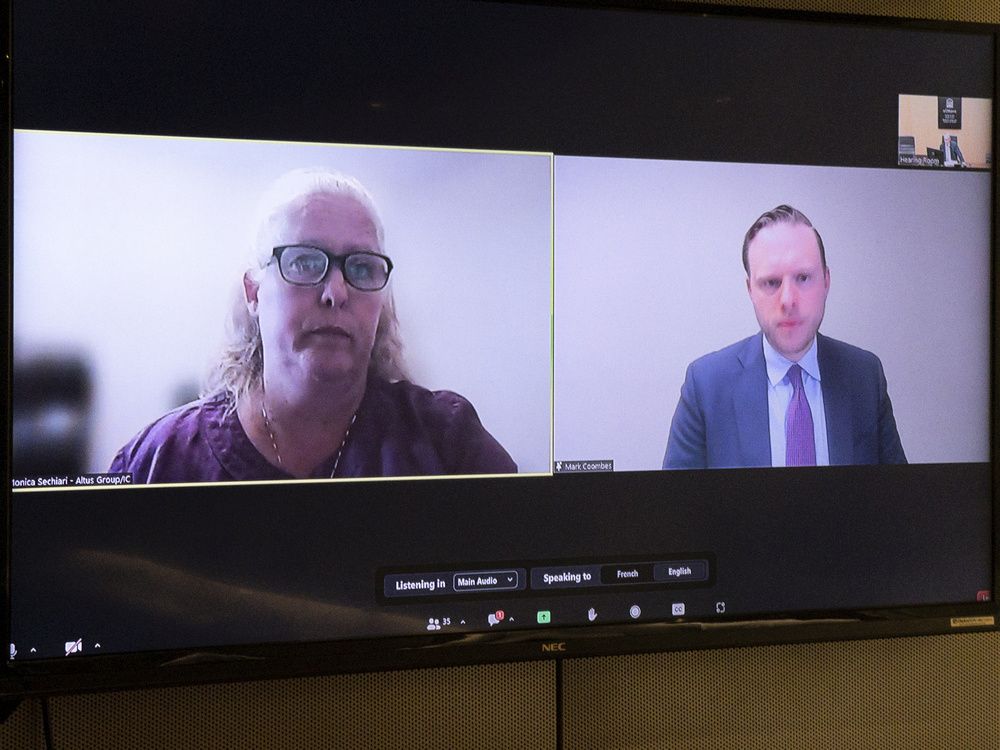 City manager Steve Kanellakos on Monday defended his decision to not inform city council of the early and frequent failures during the trial running of Phase 1 of the LRT in July and August of 2019, saying he thought it best to wait until testing was completed and the system had either passed or failed.

He also denied that the lowering of the required testing criteria was done to make it easier for Rideau Transit Group to pass the final hurdle in getting the Confederation Line into the city’s hands.

Kanellakos said he depended on expert advice regarding the testing criteria and felt that informing council only after the system had passed was in its best interest, instead of bogging it down with day-by-day results.

“I was relying on the independent certifier and the independent safety auditor to give me the certificates that basically said that that system was fit, ready to go and safe,” Kanellakos testified on Day 15 of the Ottawa LRT Commission’s inquiry. “That’s what I had to rely on. I couldn’t rely on what was happening in the making of the sausage.”

Kanellakos and the city had come under fire by councillors who felt out of the loop about the LRT during the testing phase, but he explained Monday that, as city manager, his authority extended to making decisions on the project, including negotiating, approving, executing, delivering, amending or extending the agreement. If council wasn’t satisfied with his performance, he noted, it could have amended or rescinded his authority.

Regarding updating the full council only once the testing phase was successfully completed, Kanellakos likened his decision to writing a university exam.

“It’s like sitting down and writing a three-hour exam in university. I don’t do well in the first three questions, but I ace the next 15 and I pass the exam. If I was to report out after Question 3 and I didn’t do well in the first three questions, what value of conversation are we going to have after because I haven’t finished the next 17 questions? I have to finish the entire exam.”

He also defended the decision to change the trial running’s aggregate vehicle kilometre ratio, or AVKR, testing threshold from 98 per cent in nine of 12 days to 96 per cent, noting that experts, including STV Inc.’s Thomas Prendergast, part of an independent assessment team on Phase 1, assured him that 98 per cent would be extremely difficult to attain, while the lower figure would not affect the system’s functional capability or safety.

Kanellakos’s testimony, which lasted more than four hours, also contradicted Mayor Jim Watson’s assertion last week that decisions regarding the city’s beleaguered light rail system were made by a group that included Watson, Watson’s chief of staff Serge Arpin, transit commission chair and councillor Allan Hubley, and former OC Transpo general manager John Manconi. Kanellakos said that the group had several discussions on the WhatsApp instant messaging and VOIP service, but that he was never pressured, by the mayor or anyone else, to open the Confederation Line before it was safe to do so or make any decisions he felt uncomfortable with.

“We were under pressure,” he admitted. “It was an embarrassment. But it’s not going to change and influence my judgment in terms of what we needed to do. I was clear on this throughout the entire time that if we didn’t get the sign-off by the independent certifier and the independent safety auditor, we’d be going back to council and tell them that we’re not launching.

“I had no problem with that,” he said. “We did that four other times before, and I did it when the trains derailed last year. I wouldn’t put the trains back and cut the service until they were signed off by the safety auditors and our safety consultants. So I have no issues going back to council. I was never pressured to change my decision making or my judgment.”

Kanellakos added that keeping the mayor and transit chair apprised of developments is the “norm” in municipal management.

Monica Sechiari, who led Altus Group’s team of independent certifiers, or ICs, also testified Monday, saying that it’s among the IC’s duties to complete monthly site inspections and reports, approve milestone payments, provide dispute resolution, and compile a list of deficiencies and deferrals that need to be addressed before Revenue Service Availability, or RSA, is approved.

Sechiari also confirmed Altus’s determination that the sinkhole that opened up in June 2016 was not a significant factor in delaying the project.

It was also the IC’s job to validate the trial running results, a major step to operating approval, although, under questioning from city counsel Monica Gleason-Mercier, Sechiari said that it wasn’t their job to question the criteria upon which the city and the RTG project group agreed.

One tense moment in Sechiari’s testimony came when Alstom counsel Jackie Van Leeuwen suggested that Altus’s IC Kyle Campbell, who approved the test running, of having a “patent lack of qualifications for this critical task,” an accusation that Sechiari refuted.

“I don’t agree with that statement,” she replied. “He was the person to do it. He was the most familiar with the job. He was on my IC team and I’ve worked with him for over two years leading up to this.”

She also testified that she was unaware of any pressure to get the Confederation Line opened before it was ready.

The public can watch the LRT inquiry hearings on video screens set up at Fauteux Hall at the University of Ottawa, online at www.ottawalrtpublicinquiry.ca or on Rogers TV (channels 470 in English and 471 in French).

On Tuesday, the inquiry commissioner is scheduled to hear testimony from STV Inc.’s Larry Gaul in the morning and Troy Charter, the city’s director of transit operations, in the afternoon.