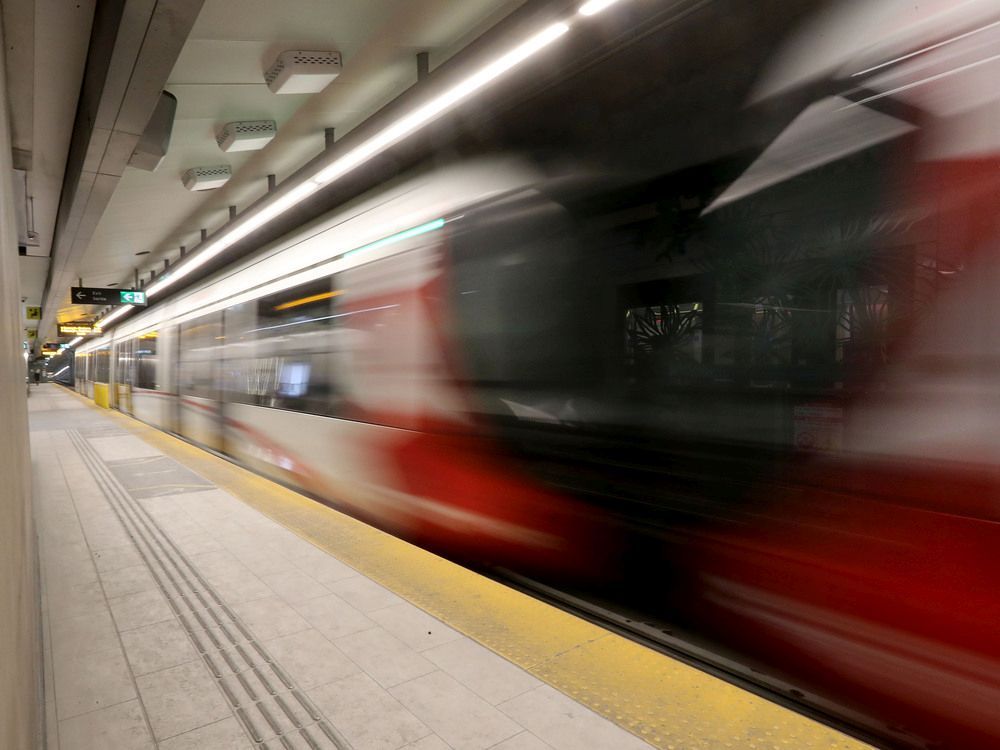 An independent review of the Confederation Line has provided more proof to the City of Ottawa that its LRT contractor needs to improve its maintenance program, especially as ridership picks up speed.

In the most comprehensive review of the LRT system released publicly to date, global engineering firm Mott MacDonald made nearly 100 recommendations on how to improve the $2.2-billion rail system and safeguard the municipal asset for the long term.

The city released the roughly 290-page report on Friday, satisfying an order from council last October to make the document public.

Mott MacDonald was retained by the city’s external lawyers to review parts of the LRT system, including the trains, tracks, overhead wire system and the maintenance facility on Belfast Road.

The city has been in legal disputes with the Rideau Transit Group over two notice of defaults, one of which was issued on Sept. 24, 2021, after two derailments in the summer, and another issued by the city on March 10, 2020, after a lengthy period of unreliable LRT service. The most recent notice of default prompted the city to ask a judge to confirm the city’s position.

In its report, Mott MacDonald agreed that RTG exceeded the contract-permitted “failure points” that led to the city issuing both notices of default.

One analysis of deferred maintenance by Mott MacDonald exposed a backlog of work that more than doubled between January 2020 and January 2021. Up-to-date data were still outstanding at the time of the report’s release.

According to the report, the backlog “indicates a maintenance system which appears to not be controlling and managing maintenance tasks, including corrective and preventative maintenance tasks.” Mott MacDonald warned that, once ridership picks up coming out of the COVID-19 pandemic, the demand for vehicles will put more stress on maintenance requirements.

The backlog itself should be the subject of its own root-cause independent review, the report said.

A rectification plan presented by RTG after the March 2020 notice of default would help the LRT system’s reliability, the report said.

The report said the consultant “cannot definitely confirm our findings related to all issues noted” because of the time it has taken to receive information. Many information requests to RTG were outstanding at the time of the report’s release.

However, Morgan also noted that several areas identified by Mott MacDonald still need to be addressed, such as upgrades to auxiliary power units, track performance during high ambient temperatures, wheel-to-rail interface issues, upgrades to platform-edge cameras (whistle-blowing spotters are still in the stations), passenger counting and the station screens showing the next train arrivals.

Morgan told council there needed to be organizational and process changes to improve the oversight of LRT maintenance. The city has repeated the message for nearly the entire operational life of the LRT system, which opened in September 2019.

The city has made moves to improve its own oversight, with OC Transpo hiring a new chief safety officer and currently hunting for a director of engineering services, which is a new position.

LRT performance has been decent so far in 2022. Data presented to the transit commission showed that the LRT system delivered 99 per cent of scheduled service in March and had been matching that rate in April.

The Mott MacDonald report could draw interest from a provincial inquiry commission, which has been assembling records in preparation for hearings on the Ottawa LRT program. The inquiry will have public meetings in May before launching hearings in June.