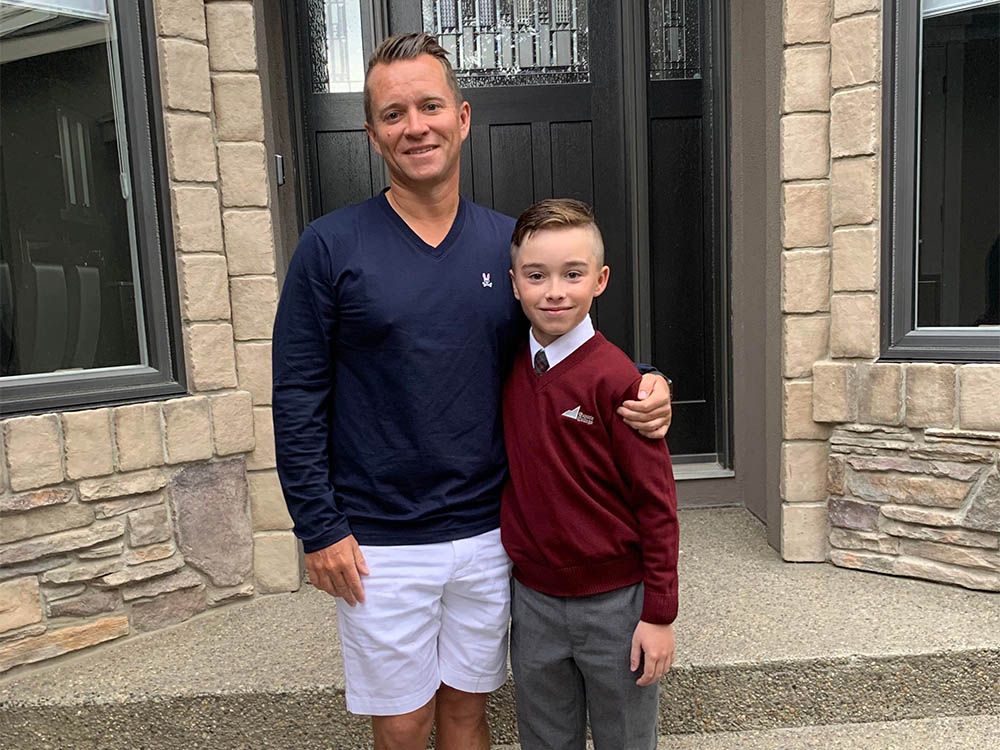 Calgarian Ryan MacDonald will be hoisted up a 40-foot flagpole in Calgary on Monday, where he’ll camp out on a platform at the top for 100 hours to raise awareness and money for diabetes research.

MacDonald is one of five Canadians who will be living atop a flagpole in four Canadian cities for 100 hours this week, as part of JDRF Canada’s campaign to raise $100 million to find a cure for diabetes. JDRF is the largest charitable funder of Type 1 diabetes research in the country and has a goal of raising $15 million through the “Let’s Make History Again” flagpole challenge.

MacDonald’s 100 hours will start Monday morning when he’s harnessed in and raised to the top of the flagpole outside the Calgary City Centre building, located at 215 2 Street S.W.

“The reason behind the flagpole is that it’s meant to represent the balance that Type 1 diabetics have to live with every day. If you’re a Type 1 diabetic, you’re watching what you’re eating, what you’re consuming and you’re making decisions at every minute of every day on how to balance how much insulin your body needs,” explained MacDonald, who is a senior client service partner with Ernst & Young.

MacDonald’s son, Luke, was diagnosed with Type 1 diabetes shortly after his fifth birthday and has been treating his diabetes with insulin injections for the last seven years.

“A lot of people think insulin is a cure and it’s not a cure. It’s something that Type 1 diabetics have to give themselves multiple times throughout the day. This is about moving even closer to a cure, and research has shown that they can cure this,” MacDonald said, adding that insulin is also one of the costliest liquids on earth.

Thirty-two years ago, JDRF supporter Peter Oliver lived atop a flagpole in Toronto until he raised $250,000 for Type 1 diabetes research after his daughter, Vanessa, was diagnosed, which is where the idea for this week’s challenge came from.

Denny’s will be providing MacDonald and the rest of the crew with breakfast daily and Moxies will be providing them all with lunches and dinners. MacDonald says he has to stay harnessed the entire time he’s at the top, making clothing changes challenging but he’s packing extra layers to keep warm.

MacDonald said he’ll be spending his time at the top of the flagpole calling donors, thanking supporters and raising awareness. His son Luke will be camping overnight with him at the top as well.

The challenge was meant to be done in January to honour the 100th anniversary of the first successful human injection of insulin. However, the high transmission of the COVID-19 Omicron variant at the time prevented JDRF from moving forward then.

“A lot of people don’t appreciate that insulin was discovered in Canada and is known as one of Canada’s greatest medical and scientific achievements,” said MacDonald.

“When Frederick Banting and Charles Best discovered it, they realized what an important thing they had created and sold the patent to the University of Toronto for $1 at that time. They believed it belonged to the world.”

President and CEO of JDRF Canada Dave Prowten said the challenge is a rallying cry for Canadians who are impacted by diabetes.

“It is fitting that now is the time to map out the next era of discovery in Type 1 diabetes research,” said Prowten in a news release. “Not only will this propel us forward in finding a cure for the disease, but it’s incredibly inspiring to see so many Canadians and families galvanized by this cause that touches the lives of so many.”

The four other JDRF members who will be living atop flagpoles this week will also be found in Toronto-Dominion Centre, Toronto General Hospital, 200 Granville Street in Vancouver and Rio Tinto indoor courtyard in Montreal.

More information about Type 1 diabetes research and donating is available at canadacuresdiabetes.ca or MacDonald’s donation page at jdrf.ca.