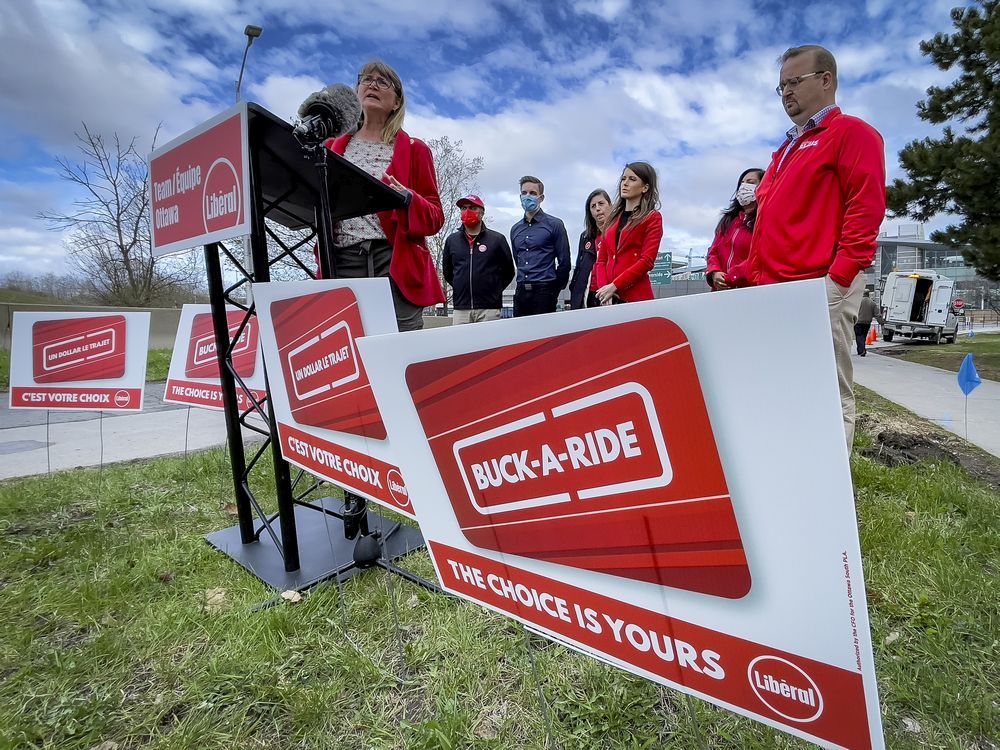 Back in his old days at Ottawa City Hall, Stephen Blais would have shook his head at any party promising to drastically reduce transit fares without revealing the plan for paying for such a perk.

But the incumbent Liberal candidate for Orléans was in the position of promoting one of his party’s cornerstone campaign pledges on Wednesday without identifying the funding source.

“Steven Del Duca, our leader, is committed to releasing a fully costed platform in the coming days, well before election day,” Blais said as he joined other local Liberal candidates outside Hurdman Station on the first day of the provincial campaign. “Details of all our financial commitments will be made clear in that document.”

The provincial election is on June 2.

While it’s not unusual for parties to roll out headline-grabbing proposals before releasing the financing plan underpinning the promises, the cost of the Liberal “buck-a-ride” pledge isn’t exactly chump change.

And that’s where the most curious part of the proposal is.

The Liberals don’t talk about the subsidy continuing after 2024.

Lucille Collard, the Liberal incumbent for Ottawa-Vanier, said the party would first want to meet its goal of removing 400,000 vehicles from the road before deciding how to move forward with funding transit operations.

“By then, people will have saved already thousands and thousands of dollars,” Collard said.

However, a partial upload of municipal transit costs comes with a fear of a subsequent download if the province changes course on funding bus and train operations after two years. It’s the kind of financial uncertainty that can keep municipal treasurers up at night.

The transit file is well-known to Blais, who chaired Ottawa’s transit commission for four years when he was a city councillor. He left council in 2020 after winning a byelection to become MPP.

That was right before COVID-19 sent office workers home and emptied OC Transpo buses and trains. Ridership has been coming back in 2022, but not at the pace Transpo had expected in projections that couldn’t forecast the trajectory of COVID-19 and the Omicron variant.

Blais said the reduced fares offered by the Liberals would help the city reclaim ridership as it recovers from the COVID-19 pandemic. He also pointed to another Liberal promise to spend $375 million on transit operations each year as a way to help expand transit systems.

Transpo’s $728-million gross operating budget is funded by property taxes and fares. The costs of running the local transit system grow each year; Transpo has been budgeting to spend about $32 million more this year just to maintain the service.

(The province’s largest municipal transit agency, the Toronto Transit Commission, has a gross operating budget of $2.2 billion this year).

While funding transit operations has also been part of the national conversation, Blais said his party’s proposal doesn’t count on contributions from the federal government.

The NDP’s response to the Liberal transit announcement was brief — people “can’t trust the Liberals to fix transit,” the party said — and its own public transit platform talks about funding half of municipal transit systems’ net operating costs.

The Progressive Conservatives have so far released a “Get it Done” pledge that talks about expanding public transit, but nothing specific about new funding for operations.

“Doug Ford and the PCs are saying ‘yes’ to building the roads, highways and transit that will get Ontarians to where they need to go faster,” PC spokesperson Ivana Yelich said in an email. “After years of inaction by the Del Duca-Wynne Liberals, Doug Ford is getting it done for commuters in Eastern Ontario by investing in transit, expanding Highways 417 and 401, and widening Highway 17 from Arnprior and Renfrew.”

On Sunday, Transpo increased fares by 2.5 per cent as part of the city’s 2022 budget, and annual fare increases are part of the transit funding strategy currently on the books.

City bureaucrats will also closely watch the provincial election campaigns for funding promises, especially on transit. The city is weeks away from tabling an updated long-term financial plan for transit services, which is an overarching strategy for funding Transpo capital and operations.

Blais said municipalities would still set their own fare policies under the Liberal proposal and the provincial government would transfer the necessary money to make sure customers are paying the bargain-basement prices.