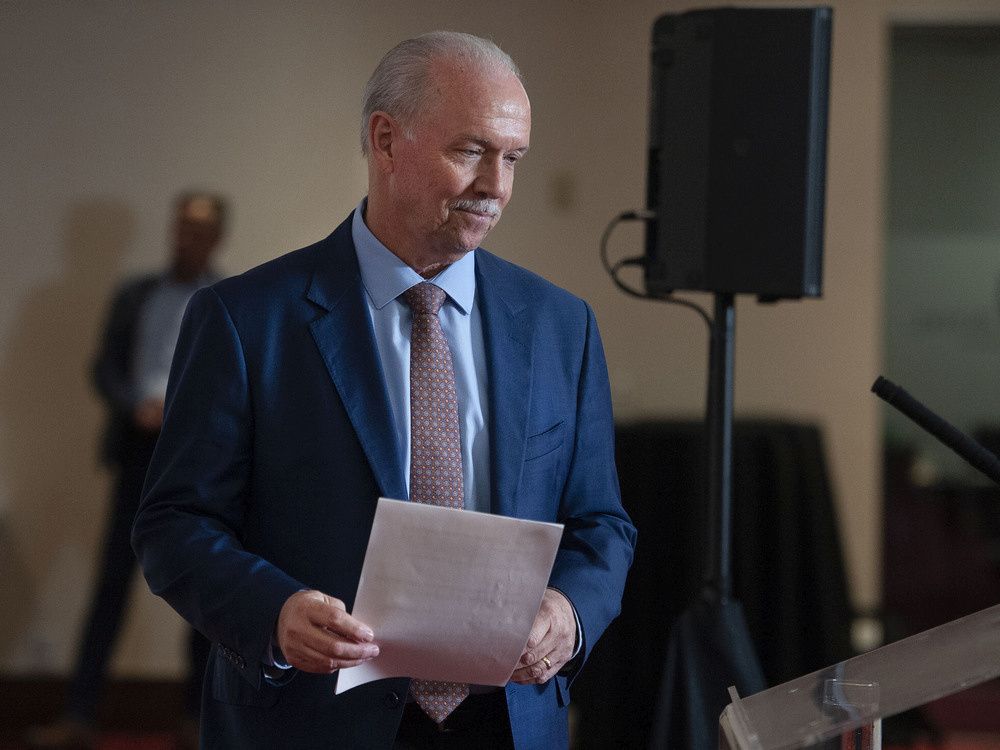 I assess John Horgan to have been the best B.C. Premier to hold office since I arrived in B.C. in 1967. Admittedly the bar has been set very low by his two predecessors but how refreshing to see a Premier exceed expectations and consistently treat the electorate with respect.

Thanks to Mr. Horgan and best wishes for renewed good health.

Journalism is important in the pursuit of justice

I read Lori Culbert’s “True Crime Byline” article in The Vancouver Sun and wanted to take a moment to commend her and her colleagues for their work on this story over the years. It hits home for me because, prior to becoming a lawyer, back in 2008 I began my career working for government services in several low-income housing projects in the Downtown Eastside. Even after his conviction Pickton’s shadow stretched over the neighbourhood and some of the individuals I worked with had known some of Pickton’s victims or were otherwise affected by his horrific crimes.

While I think our society has made some progress regarding vulnerable and marginalized individuals, there is still a long way to go. Writing about Pickton’s victims (and their friends and loved ones) with respect and compassion, humanizing them and showing the world why they are anything but “expendable”, is a great service and I am thankful for The Vancouver Sun’s efforts.

At a time where the public has grown so hostile to news media and cries of “fake news” fills our public discourse, the work you have done is a powerful reminder of the importance of journalism in the pursuit of justice and holding the powerful to account.

We must stand on guard for our urban canopy

The Vancouver Sun article on “B.C. Heat Dome Fallout” emphasized the importance of the urban canopy, and stressed the value of trees and vegetation in mitigating the ravages of hyper-heat. Yet, according to a 2019 report cited by the article, “the existing canopy was declining due to urban development.” Though no percentage is provided, it is certain that recent destruction of the urban canopy has been severe. For example, developers recently destroyed 21 acres of forest in Pacific Spirit Park — an undertaking that must have obliterated many thousands of carbon and heat-absorbing trees.

Similar destruction of treed parkland for the sake of real estate development is poised to engulf the 90-acre Jericho Lands. If no one stands on guard for our urban canopy, what will stand on guard against the dreaded heat domes? How many more thousands upon thousands of trees and acres upon acres of parkland will be destroyed before sufficient resistance to rampant, green space destroying development builds?

Re: Posthaste: Canadians fear a retirement crisis is brewing as interest rates rise

The squeeze on retirees and workers today has been in the making for decades. Over the last 40 years, pressure on the middle class can largely be attributed to wage suppression through privatization, deregulation, outsourcing, attacks on unions, use of temporary workers, and the acceptance of higher levels of unemployment.

Elites benefit when wages are low, because then productivity increases flow to higher business profits. In addition, hard-pressed workers can be induced to borrow to maintain living standards and this becomes another means to extract wealth while keeping labour obedient.

Instead of fighting inflation by sharply hiking interest rates, which enriches banks but impoverishes debtors, the government could institute an excess profits tax on price-gouging companies, and provide more direct aid to the most vulnerable. According to the International Monetary Fund, “Governments need to subsidize the cost of food and energy for the poorest members of society.”

Letters to the editor should be sent to sunletters@vancouversun.com.

More news, fewer ads, faster load time: Get unlimited, ad-lite access to The Vancouver Sun, the Province, National Post and 13 other Canadian news sites for just $14/month or $140/year. Subscribe now through The Vancouver Sun or The Province.