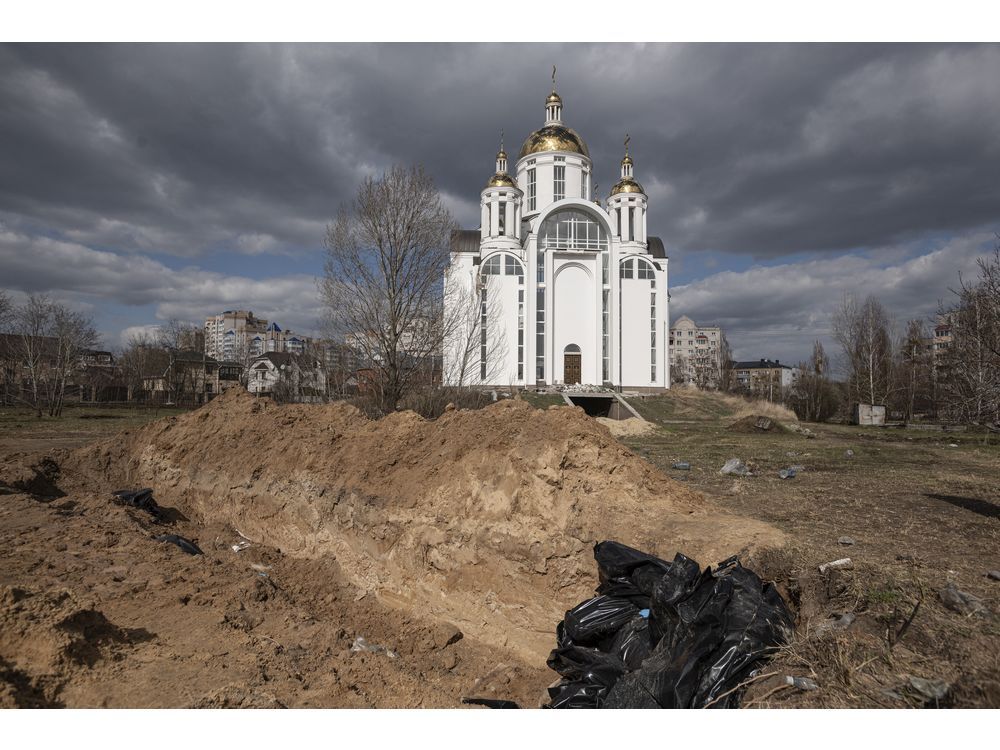 We have all watched the horrific attack on Ukraine over the past weeks. Many of us also watched President Volodymyr Zelenskyy make his impassioned appeal to our Parliament for help. Recently, I listened to my former commander, Romeo Dallaire, tell the Canadian public, at least that portion of it that still tunes in to CBC, that our hesitation to stand up and be counted is the same sickening sort of cowardice that allowed the Rwandan Tutsis be slaughtered in 1994. In important ways, this is a betrayal of what it means to be Canadian.

Few people today remember much about the genocide against the Tutsis in Rwanda. Even fewer know that Canada was the only nation that sent in at least some military officers to support Gen. Dallaire when other nations were withdrawing their troops. I was among them. I was proud of Canada then. I was not proud of the way my country offered nothing more than this tiny token force until after the killing had stopped.

Imagine how little pride I feel now that Canada has joined the ranks of the cringing, hand-wringing spectators who refuse to do anything “risky” for Ukraine. I don’t feel any pride about this. I don’t recognize us anymore. It’s almost as if the noisy nonsense of a few disgruntled truck drivers wrapping themselves in our flag has made us forget what it actually means to be Canadian.

I know this may sound like the impotent ravings of an old soldier. But think of what happens to the world we have struggled to build if we continue to let Ukraine fight our fight for us. All the work that has been done to build a network of modern states relying on international law, mutual vulnerability and interdependency will evaporate. The power of the UN, the International Criminal Court and alliances such as NATO will lose their last shreds of credibility. We go back to an age of militarized nationalism, only this time some nations have nukes. Those nations without them become easy prey. Us too?

We need to think carefully about what happens if we don’t stand up to Russian President Vladimir Putin. If he, or other dictators with nukes at their disposal, can be confident they will never have to use them because they can cow us with threats, then all talk of international law, of human rights and of national sovereignty is empty. We will give up all that without a fight. The past several weeks have shown us how weak the Russian military is when faced with stiff resistance. They may have also shown how resistant Russia is to measures other than military.

Russia is not the West and it is a mistake to think we can stop its leaders by hurting its economy. We might be vulnerable to that strategy but they lack the large middle class and consumer economy that is easily hurt by sanctions. We need to find the courage to face this fight and the will to win it. Otherwise, we might just as well surrender our flag to those empty-minded blow-hards using it to protest public health measures.

I, for one, won’t respect what it means anymore if we continue to sit on our hands. I won’t be joining the throng of paper patriots sporting flags on Canada Day. I’m more likely to spend that day hiding in shame at the sacrilege of ignoring a call for help from a people who want nothing more than to be left alone.

Philip Lancaster served 30 years in the Canadian military, including deployments to Cyprus, Germany and Rwanda. He also served as a civilian with United Nations missions to DRC, Burundi, Sudan, Afghanistan and Republic of Congo, as well as with the EU military mission to Mali.