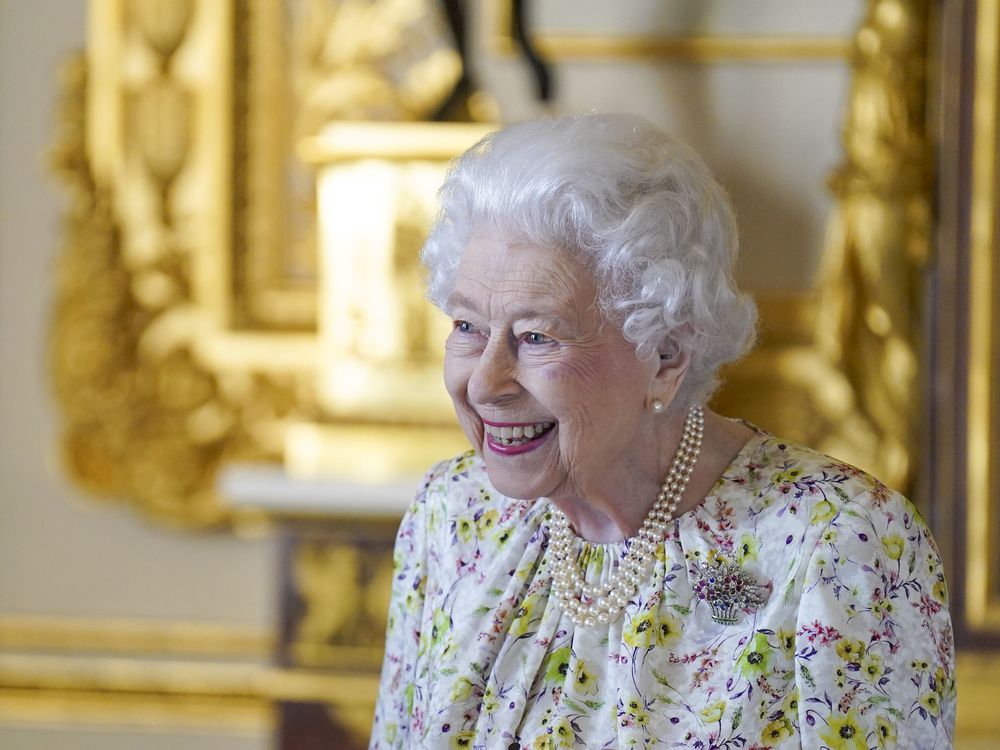 When Canadian monarchists fête Her Majesty on the achievement of her 96th birthday, they’ll do well to put some extra oomph into singing the anthem, prayer and exhortation for God to save the Queen. Not only may these be the sunset years of Elizabeth II’s life, they could also well be the sunset years of monarchy in this country as we know it.

In Canada, among those who stop to think about her (far fewer than those who used to) the Queen is part head of state, part everybody’s grandma. She’s held the title for 70 years, which means nearly four generations in this country have known no one else but her as sovereign. Some of my own earliest memories include a smiling lady in blue with all sorts of medals signing a piece of paper in a very grand setting, which my parents assured me was a very important moment.

As public opinion towards her children and grandchildren has plummeted in Britain and around the world, “Her Madge” has enjoyed something of a personal affectionate renaissance. Little wonder, when one’s immediate relatives, de facto colleagues and future face of “the firm” represent a cabal of entitled pashas in waiting and settlers of lawsuits over accusations of sexual assault (paid for with mummy’s wallet). We grieved with her when the Duke of Edinburgh, her husband of 73 years, died last year. We saluted her stoicism in laying him to rest, virtually alone, under strict COVID rules. Many of us marvel at a lifetime of indefatigable execution of her duties. Indeed, soon-to-be-released data from the Angus Reid Institute finds she is the most popular senior member of the royal family now.

Warmth towards the Queen however, does not necessarily translate into enthusiasm for the continuation of an institution long-term. Indeed, those same data show the monarchy’s lack of personal relevance to Canadians by a margin of two-to-one, and ambivalence over what happens when the great lady slips the surly bonds of this mortal realm.

The fact is, the face of Canada is changing, and so too are attitudes. At a time domestically when conversations about reconciliation invariably turn to the need for “decolonization,” the monarchy is no longer roundly perceived as in-step with current more and values. While a platinum jubilee should be celebrated, the old days of empire and colonial rule do not evoke the same nostalgia for everyone.

Fifty years of immigration to Canada from all parts of the world mean personal ties to England in this country are growing more tenuous. Those whose parents came from former colonies in the Caribbean, India and Hong Kong carry mixed feelings. Sure, being British subjects at the time of arrival might once have meant slightly smoother passage and a familiarity with government systems, but it also carried the baggage of conquest. People in this country are watching what’s happened in Barbados and Jamaica with interest. Our news media, which once covered royal visits with breathless admiration and unquestioning cheer, are catching on.

While personal popularity and affection will be enough to carry this monarch through the end of her reign, if anything saves the monarchy in Canada, it will be political inertia. Politicians are usually loath to say anything of substance on the matter, largely because they are loath to even think about, let alone open the pandora’s box of, constitutional change. It is the basis on which many outrightly dismiss the notion of ever considering a post-colonial Canada. Many of our leaders, lawyers and academics are either still personally traumatized by the Meech Lake-Charlottetown era of failed constitutional amendment or have been taught by their mentors never to go there again.

Long-term, they may not have a choice. Canadians are not going to dump a long-serving monarch who has earned personal respect and affection. But the prospect of swearing allegiance to King Charles and Queen Camilla … well, future generations of Canadians may just not be able to get the words out.