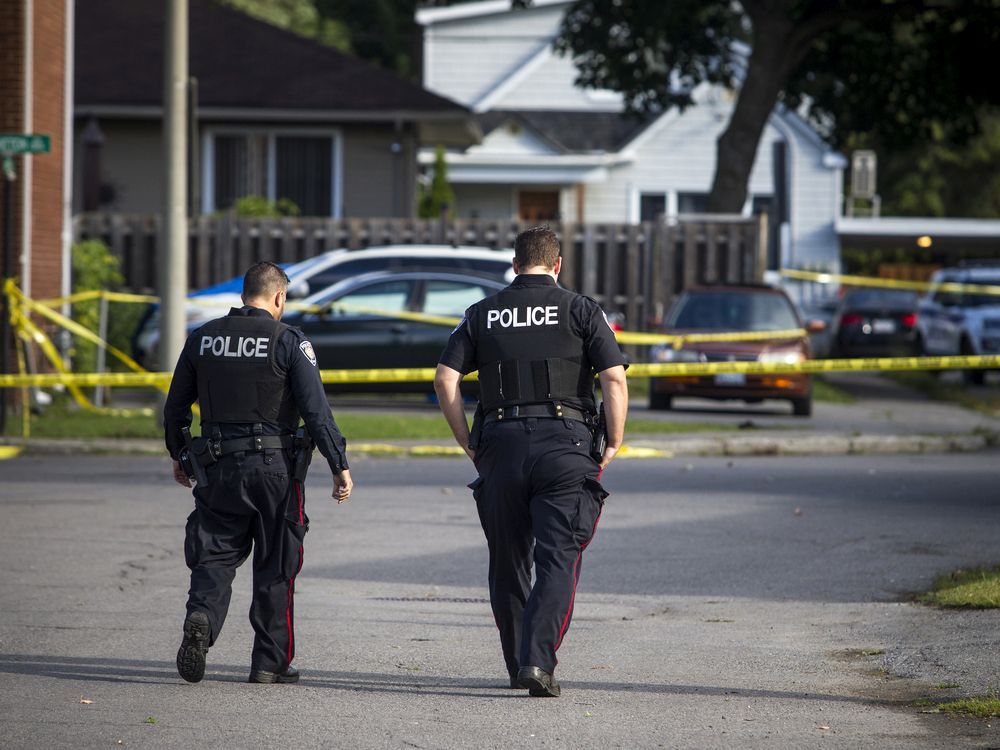 A jury on Friday found Nick Vanasse guilty of the second-degree murder of Steven Butler, a 47-year-old father who was stabbed outside his Overbrook home in 2019.

Butler’s family applauded the verdict when it was announced in an Ottawa courtroom Friday morning. The jury’s verdict was unanimous.

The events that led to Steven Butler’s death began in the early hours of the morning on Sept. 8, 2019. Vanasse, who was then 19, had been showing off a knife and intimidating teenagers on the street, leading to a confrontation with Bradley Butler.

The confrontation led to a pursuit: Vanasse followed Butler to the Butler family residence and used a BB gun to fire pellets at the home and at Bradley’s mother. Vanasse’s actions, crown prosecutor John Semenoff argued, provoked Steven Butler into leaving the home to confront the younger man.

Vanasse stabbed Steven Butler in the chest, killing him. Bradley Butler then pursued Vanasse and grappled and struck him, but was stabbed by Vanasse and by Vanasse’s friends, whom he had called to the scene as “back-up.”

Despite Vanasse’s argument that he used his knife in self-defence in the face of a larger man, the jury sided with the prosecution who had argued that he acted deliberately and with intent. The jury also found that the stab wounds to Bradley Butler amounted to aggravated assault for which Vanasse was responsible, even if Vanasse did not necessarily inflict all the stab wounds himself.