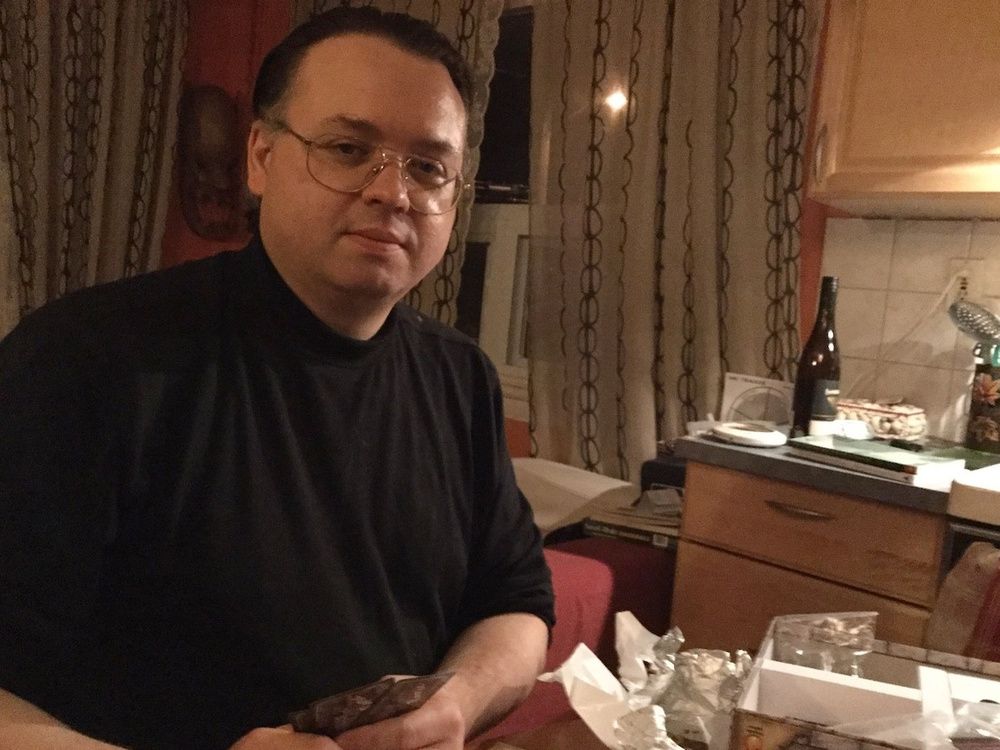 Mental illness is devastating. I think most people understand that. However, there’s a conundrum here: What if someone needs help but doesn’t think that they do? What if they’re not even aware that they’re in trouble?

On the night of May 2, 2022, I had a visit from two officers from the Ottawa Police Service. They came to tell me that my oldest and dearest friend, David Thomas Foohey, had been found dead in his home. He had been dead for quite some time, about three months. I still don’t know the cause of death but, given that the police do not suspect foul play, it will likely be declared some form of “natural cause.” That is very hard to write.

Dave and I first met when I was eight years old and we developed a friendship that survived our childhoods and deepened as we both grew into adults. His friendship meant the world to me; I was a lonely, isolated and shy kid. Dave was also shy and we bonded over so many different things: comic books, role-playing games, and pro wrestling in particular, but also pop culture and, as we grew older, life in general.

Dave’s shyness was not unwarranted. His parents had him quite late in life. His dad was about 50 years old when Dave was born. Dave’s dad, David Edmund Foohey, and his mom, Mary-Anne Coughlan, eventually had marital problems and their marriage broke up. Both of his parents were also legally blind; Dave’s dad had been blind since birth and his mom lost her vision when she was 11.

Dave’s mom died in 2004. Then, in 2008, his dad died. Given his dad’s age, this death really wasn’t a surprise but, while Dave seemed “OK” after his mom’s death, I don’t think he was at all prepared for the death of his dad. While Dave was clearly hurt, he could not easily talk about that hurt.

To his credit, Dave did seek out some help from his doctor, who referred him to a psychiatrist. Dave wound up trying a prescription anti-depressant to cope, but the problem with a medication like this is that it can often take a long time to get “right.” In Dave’s case, the medication emotionally “flat-lined” him. He phrased it this way: all of his emotions, not just the sad ones, were shunted off. Not sad, not filled with loss, but equally missing out on happiness and joy. There was just nothing at all. As a result, Dave gave up on the medication. He never did try another.

Once his father’s estate was settled, he quit his job and moved into his dad’s house, living as best he could on his inheritance. That house, in an older, quiet neighbourhood, became his prison.

Over time, reaching him became impossible. I left phone messages and sent him emails that were never returned. I would try sending postcards and letters, even containing a self-addressed stamped envelope sometimes, but these weren’t returned.

Eventually, I became desperate, reaching out to the police to arrange a wellness check. I was told that I would need to try visiting him in person before the police would intervene. I still vividly remember getting off the bus and taking the approximately 15-minute walk to his house. As I neared it, I could see a pile of mail in the mail box. With a lump in my throat, I approached the door and started banging on it. After a while, I heard a commotion inside … and then Dave opened the door.

I almost cried with relief. He was OK, but he was also bewildered, gently dismissing my concerns. The phone? He was having problems with the phone company. Email? Too much spam so he gave up on it. The self-addressed stamped postcards and letters? Never got around to answering them. What was the big deal?

It’s hard to put into words how shocking this was. I hoped that my anguish over whether he was alive or dead might make an impact. Maybe things would change for the better? But no, my little intervention made no difference at all. He continued to live in that decaying house, on that quiet street, by himself.

Was Dave ever aware that he was in trouble? I don’t know. Very probably not. If Dave never thought he needed help, how could help ever be offered to him? But if help is never offered, how does someone get well?

At the end of the day, all I could do was be there for him, no questions asked, if and when he decided to reach out. He never did. And now, of course, it’s too late.

I’m glad I told him, more than once, that I loved him.

One of the last times I saw him, he said it back.

Eric Julien, who goes by the pen name “Von Allan,” is an Ottawa-based writer, artist and graphic novelist. His website is at https://www.vonallan.com. Reach him at: von@vonallan.com.