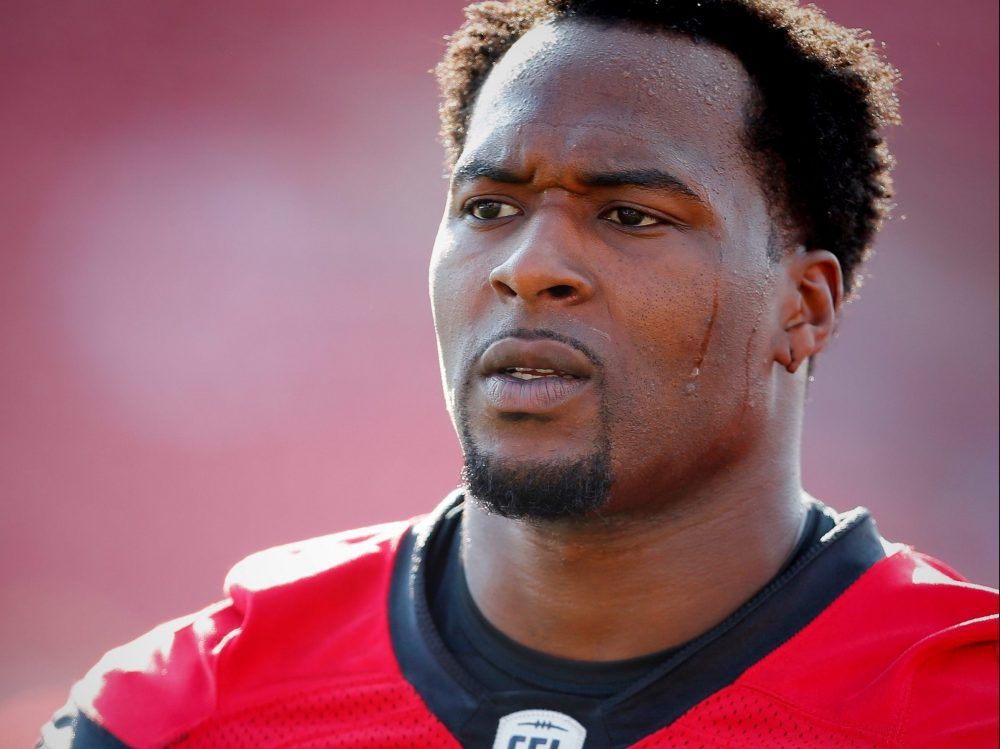 Former CFL all-star running back Jerome Messam will face an Aug. 9 sentencing hearing for secretly recording a sexual tryst with a woman while he was a Calgary Stampeder, it was confirmed Friday.

Messam, 37, who now resides in Brampton, Ont., was not present for the brief court proceeding.

Messam pleaded guilty in January to voyeurism for secretly recording a Nov. 11, 2016, sexual encounter he had with a woman in his Calgary home.

According to a statement of agreed facts read in by Walsh, Messam sent the woman “four sexually explicit video clips” via Snapchat, a message service that deletes texts in 10 seconds.

“Accompanying the video clips was a sexually explicit message from the accused,” the prosecutor said.

According to the agreed facts, Messam never shared the clips with anyone else and has deleted them.

During a court appearance last month, Nguyen told court he had been given approval by Legal Aid, which is covering Messam’s bill, to get a psychological assessment done on the disgraced athlete, who was banished from the CFL after being charged.

Nguyen said he intends to seek a conditional discharge for Messam, which would mean he would not have a criminal record if he complied with certain conditions over a specified period of time.

The defence lawyer indicated Walsh would be seeking a suspended sentence and probation, although the prosecutor has not put on the record what her position will be.