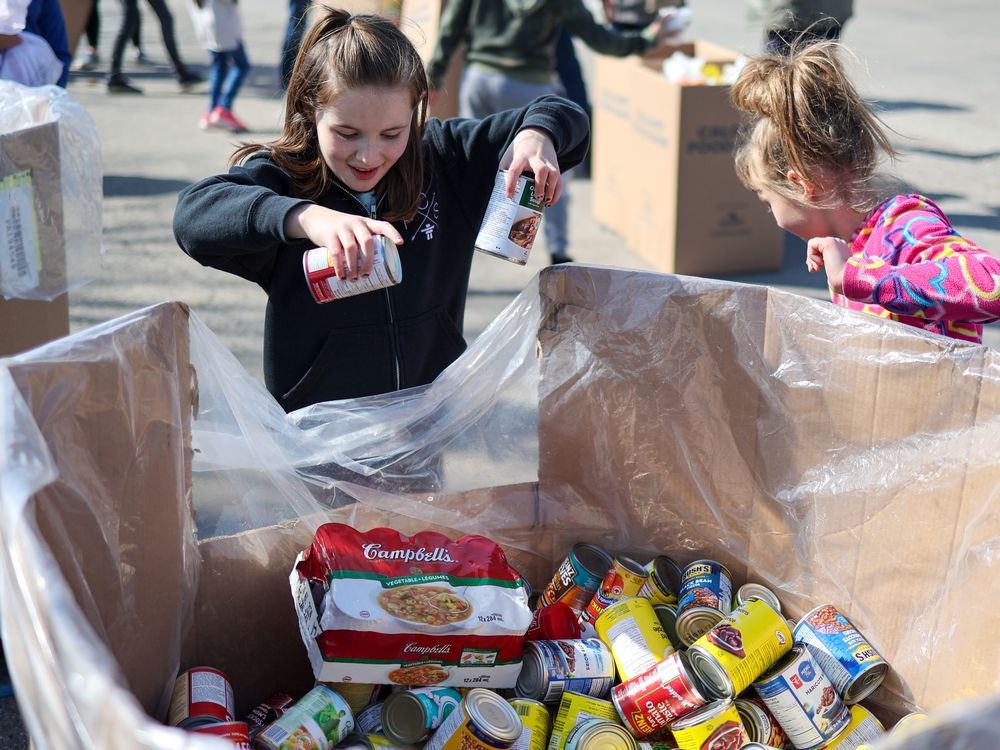 Youth groups with the Ismaili Muslim Community and Church of Jesus Christ of Latter-day Saints teamed up together this month to collect non-perishable food and monetary donations for the food bank. The goods were collected this Saturday as approximately six pallets and thousands of pounds of food were loaded into a truck in south Calgary to be delivered later that day. Additional food was expected to be collected throughout the weekend.

Sahra Kanji-Jiwani, a volunteer with the Ismaili Muslim Community, said the two groups worked together as Ramadan, the Muslim holy month and Easter were celebrated at the same time this year.

“Ismaili Muslim Community hosts an annual food drive every year during the holy month of Ramadan. And this year, Ramadan and Easter actually fell at the same time period,” said Kanji-Jiwani. “So we came to collaborate with the Church of Jesus Christ of Latter-Day Saints for a collective effort just because of our shared ethics and values of giving back to the community for generosity and, you know, just generally increasing the quality of life for our communities.”

Kanji-Jiwani said 20 youth from each community worked together during the drive. They also had a chance to tour each other’s places of worship. She said in the past they have collected between 7,000 and 10,000 pounds of food and they were hoping to exceed those numbers this year once everything had been counted.

“It’s really great that they could be participating in an event like this from such a young age. And that’s just the premise of both religions of giving back to the community and supporting vulnerable populations and charity,” said Kanji-Jiwani.

Betty Jo Kaiser, communications co-ordinator with the Calgary Food Bank, said they are fortunate to be the recipients of the food drive, especially at a time when demand for food has risen as more people have been accessing their services during the COVID-19 pandemic and as inflation continues to rise.

“It’s just really inspiring and heartwarming to see faith groups come together with their young people to help feed fellow Calgarians who are experiencing food insecurity, we are so appreciative,” said Kaiser.

She noted that it was particularly touching to see faith groups working together as the food bank was initially started 40 years ago when leaders from various faith communities came together to pool their resources in order to feed more Calgarians.