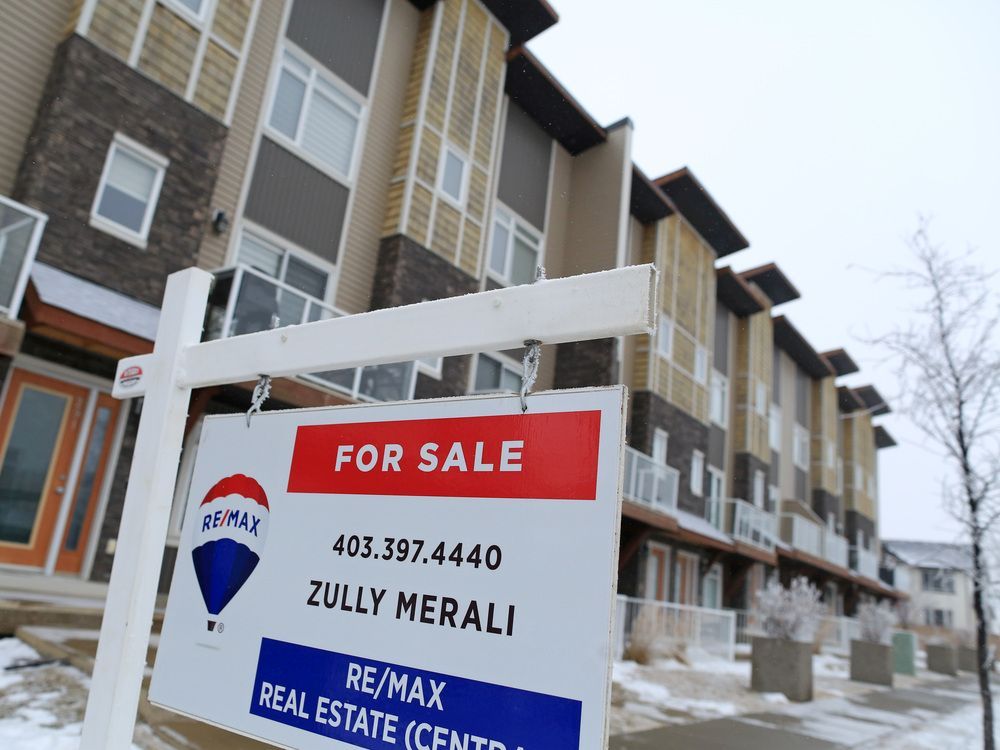 For Albertans carrying among the country’s highest debt loads, the dramatic interest rate increase announced Wednesday will only worsen the inflationary pressures they’re meant to tame, say those who deal with the most-heavily impacted.

Noting the Bank of Canada’s doubling of its key rate is likely to soon be repeated, financial educator Mark Kalinowski said it will only add to the woes of Albertans struggling with debt and inflation.

“I’m a little concerned because the price of living has gone up substantially for everything from food to fuel and now the cost of borrowing is going up as well,” said Kalinowski of the Credit Counselling Society.

“People who are renewing their mortgages or buying a new car are going to be seeing sticker shock.”

Albertans continue to carry some of the highest unsecured debt levels relative to other Canadians and many are pessimistic about their ability to pay it back, he said.

That 0.5-per-cent rate hike — the biggest since 2000 — isn’t likely to halt inflation caused by commodity or product shortages, said Kalinowski.

In March, that borrowing rate had already been hiked by 25 basis points, with another rate change scheduled for June 1.

It’s being done in response to an inflation rate that hit 5.7 per cent in February — a three-decade high driven by climate change impact on crops, pandemic pressures and most recently, Russia’s invasion of Ukraine.

“People are telling us ‘things are costing more, my debt is costing more and I don’t know how to pay it,’” said Kalinowski.

“If people weren’t getting their financial houses in order, now is the time to do it, whether it’s talking to a credit counsellor or a bank trustee.”

While interest rate hikes might have a longer-term impact on inflation, low income Calgarians are more likely to be hurt by them in the short run, said Sue Gwynn, a Calgary activist with the group Poverty Talks!

“I don’t know anyone who doesn’t have debt of some kind and between that and the cost of food and utilities, it’s absolute insanity,” said Gwynn.

“(Higher interest rates) has to have an impact for anyone who’s renewing their mortgage or with credit card debt — maybe not always immediately today but all of these things will have an impact.”

Efforts to contain inflation have come far too late for many struggling to pay their bills, particularly the jaw-dropping cost of utilities, she said.

“This should have been done a year ago… The horse is already out of the barn,” said Gwynn.

According to the MNP Consumer Debt Index published last January, 44 per cent of Albertans say they’re $200 or a month from not being able to cover their bills and 50 per cent are concerned about their debt levels.

“We’re hoping the Bank of Canada is not going to be too ambitious in its rates announcements going forward, hopefully they’ll be more phased-in,” he said, adding those with variable mortgages have been watching interest rates closely.

“It’s unlikely to be a shock to them… A lot of these mortgage increases have already been built in to people’s borrowing but you’re always going to see people bowing out of the market or adjusting what they can afford.”

The interest rate hike could see those with an average variable mortgage paying $50 to $60 more a month, said realtor Len T. Wong.

“It’ll have more of an impact on the lower-end or first-time buyer or change how they qualify,” he said.

The overall impact of the Bank of Canada’s move should be less in Calgary because the real estate market is more influenced by out-of-town buyers from more expensive cities paying cash for homes.

Those buyers from markets like greater Vancouver and Toronto now comprise 30 to 40 per cent of purchasers in Calgary, he added.

But the rate hike will likely be an impetus for other potential buyers to complete a purchase rather than risk their 90-day holds expiring and their mortgage payments increase due to interest and price hikes, said Wong.

“People sitting on the fence will have to buy in, it’ll pick up because of the panic but after that, I think you’ll see the market settle down,” he said.

Prices for detached homes in Calgary have already increased by 20 to 25 per cent since January, said Wong.