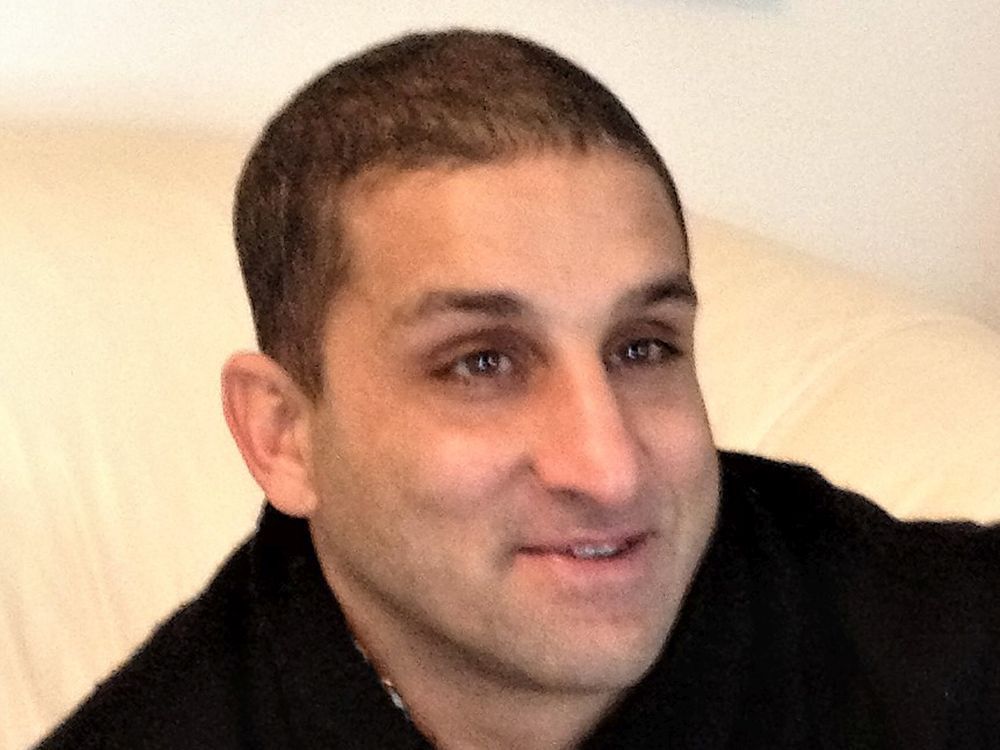 Babak Saidi had been flagged by the Ontario Provincial Police as a violent, high-risk offender when he walked in the doors of an OPP detachment in Morrisburg on the morning of Dec. 23, 2017, for what he thought was a routine, weekly check-in with police.

The only two officers at the detachment were waiting to arrest Saidi on new assault charges.

That arrest went tragically wrong, and an inquest jury on Wednesday watched a grainy video that captured parts of the final, desperate minutes of Saidi’s life.

The video first showed Saidi, 43, dressed in black and wearing a toque, being led into a room by two police officers.

Inquest counsel Prabhu Rajan said the inquest would hear that the officers were trying to effect Saidi’s arrest inside the room. But Saidi, he said, told the officers he had to speak to his father, who was parked outside, and bolted.

The camera captured Saidi moving quickly towards the detachment’s front doors with the officers in pursuit. A male officer grabbed Saidi’s shoulder and the second officer, a woman, grabbed his arm, but Saidi managed to continue through the doors. The three spilled outside, with Saidi struggling to free himself.

The male officer threw several punches and the three fell to the ground, with Saidi on his back in the snow.

The video showed the offices struggling to gain control of Saidi while unsuccessfully trying to employ their Tasers.

After a melee, the male officer got up and moved outside camera range. Saidi advanced towards him.

Moments later, inquest counsel said, Saidi was shot five times by the male officer. The video did not have sound, so the exact timing of the shots was unknown.

A 2019 report by the province’s Special Investigations Unit concluded the officer fired in self-defence after Saidi reached out and grabbed the barrel of his handgun.

The inquest heard Wednesday that the OPP’s behavioural analysis team had prepared a detailed threat assessment on Saidi in April 2017 — one the arresting officers didn’t know existed.

The threat assessment was prepared at the request of a Crown attorney, who was pursuing a dangerous offender designation for Saidi, a legal effort that was later abandoned.

The arresting officers did not have access to the threat assessment because, at the time, there was then no system to alert front-line officers to its existence, said Det. Sgt. William Gofton, manager of the behavioural analysis team.

Such a system was introduced in 2019.

The assessment reviewed Saidi’s lengthy criminal history and canvassed his violence, his drug use and mental health issues. He had recently been diagnosed with having anti-social personality disorder, the report said.

It concluded, Gofton said, that Saidi posed a high risk for violence due to his aggressiveness and impulsivity.

Asked if the report could have helped the officers better plan for Saidi’s arrest, Gofton said it might have since it held so much information. But any officer checking the regular police database, he noted, would have also seen a series of cautions and flags on Saidi’s file warning of unpredictable behaviour, weapons possession, drug use and violence.

The OPP records management system, known as Niche, now alerts officers when a risk assessment report is available and provides a number to call for more details.

Saidi said her brother was born in Tehran, Iran, in 1974. Members of the Baha’i faith, the family was persecuted in that country and arrived in Canada as refugees in 1985.

They lived in Brockville, she said, where Saidi struggled both socially and academically. “Babak had a hard time being socially accepted,” she said. “He was a scrawny little boy and he didn’t know the language very well; he had an accent and a darker skin tone.”

Quick to anger and increasingly strong, Saidi was drawn into fights as he grew older, and he left high school in Grade 10. He struggled with drug addiction, she said, which led to trouble with the law and to mental health problems.

Saidi’s mother arranged for him to see a counsellor, but he left the session and didn’t go back. “It was hard to know how to help him,” his sister said.

In 2012, the family bought a farm for Saidi so he could rebuild his life. He raised sheep, cows, ducks, produced honey and sold organic garlic.

“He loved working with his hands,” Elly Saidi said, and “made a really wicked cheesecake.”

The close-knit family was devastated by his death.

“Babak’s loss has left a gaping hole in our lives,” she said.

The inquest continues Thursday and is expected to explore the planning that went into Saidi’s arrest.