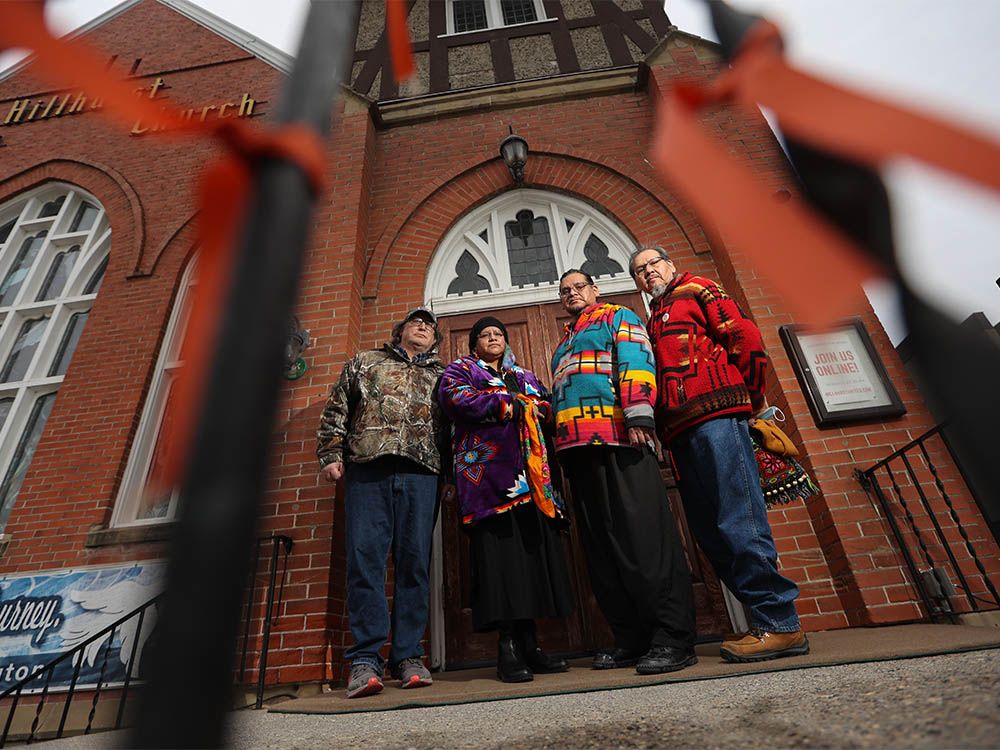 The historic apology from Pope Francis for the Catholic church’s role in Canada’s residential school system is reverberating through Christian communities in Calgary.

The long-awaited Papal apology came after years of work in Canada and a week of meetings at the Vatican where nearly 200 Canadian Indigenous delegates met with the pontiff. Pope Francis expressed “sorrow and shame” as those meetings drew to a close on Friday regarding the role Catholics played in abuses suffered by generations of Indigenous people.

“I want to say to you with all my heart: I am very sorry,” the Pope said in Italian during a final meeting. “I join my brothers, the Canadian bishops, in asking your pardon.”

At Calgary’s Hillhurst United Church — while of a Christian denomination separate from Catholicism — congregants gathered Sunday to hear from Tony Snow, the United Church’s Indigenous minister for southern Alberta. He acknowledged the Pope’s apology as “a start,” similar to the United Church’s two apologies for its role in the residential school system in the late 20th century.

The first United Church apology in 1986 was not widely accepted by Indigenous communities in Canada, said Snow, but led to an eventual second apology in 1998 under the leadership of late Calgary minister the Very Reverend Bill Phipps. The second apology was focused on the tragic history and trauma caused by the residential school system and served as an acknowledgement of the church’s role in the abuses perpetrated at those institutions.

“The apologies led to the uncovering of truths, long-buried in the documents and vaults of the church to bring to light documented truths that supported the oral traditions and testimony of survivors,” Snow told attendees at the Sunday service.

Snow, as well as his brother John Snow and sister Gloria Snow, said further discernment is needed regarding Pope Francis’s apology, much like the United Church’s apologies. They said that work should include more dialogue and ultimately action on the Truth and Reconciliation Commission’s Calls to Action and the United Nations Declaration on the Rights of Indigenous People.

“The apology is a recognition that something wrong happened and so there is a confession and an apology. What we look forward to is action,” said John, who serves as the Indigenous minister for United Church in B.C. and Yukon.

“The pilgrimage for reconciliation will be a very long one. And we begin that along with our ecumenical partners today.”

“As Catholics, we believe in the restorative power of apologies. But acknowledging wrongdoing is only one step of the healing journey,” said Bishop William McGrattan of the Catholic Diocese of Calgary in a news release from the Canadian Conference of Catholic Bishops.

“We all have a role to play in healing the wound that was opened up through a history of colonialism and must be deeply committed to this responsibility.”

While an apology by the Pope was a Call to Action outlined by the Truth and Reconciliation Commission, it called for that apology to occur on Canadian soil. While no firm dates for a Papal visit have been revealed, Pope Francis said he hoped to visit Canada in late July to deliver another apology to those affected in person.