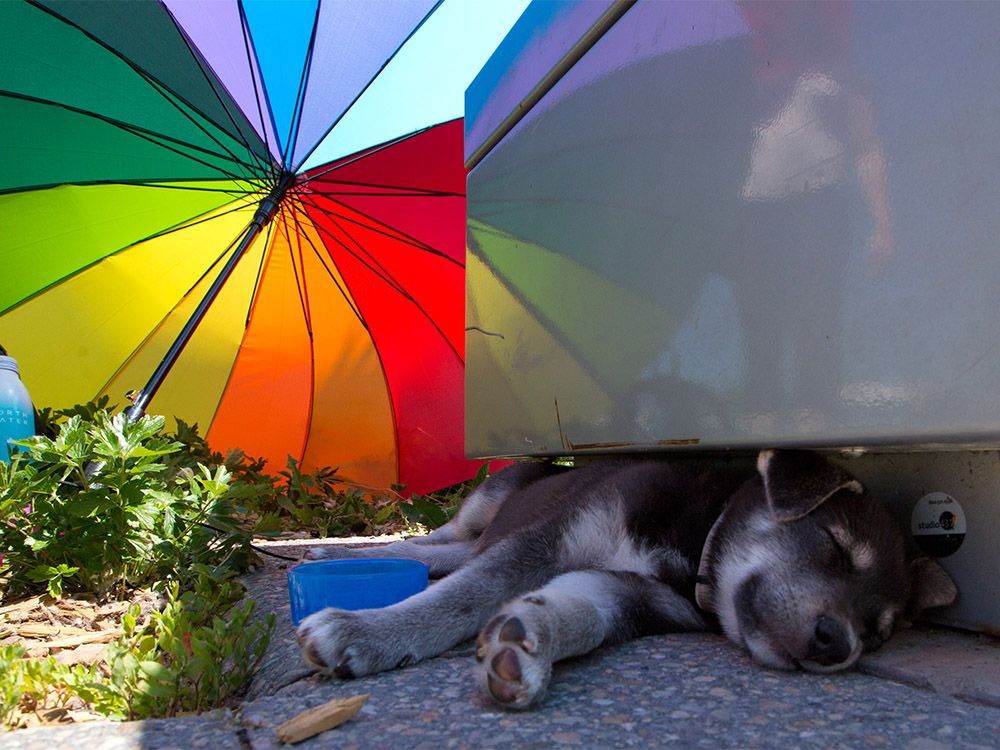 The Calgary Humane Society is sounding the alarm after five dogs had to be rescued from a hot car last week.

Two of the dogs were found unresponsive because of the heat in the car on Thursday. The dogs were OK after being saved by the peace officers who responded, Brad Nichols, director of operations and enforcement with the Calgary Humane Society, said Sunday.

This situation should act as a reminder to pet owners that it is dangerous to keep animals in vehicles as the temperature rises, he said.

“As it’s getting warmer, it’s late May at this point, so between now and probably late September it is a bad idea to take your dog with you if you can’t monitor it,” said Nichols.

“This is a major source of our work over the summertime — as well as police — and so the message is just don’t do it.”

Reports are made directly to the Calgary Humane Society or to the police, who then respond to the vehicle and check on the animal for signs of distress.

Vehicles get very hot inside when the weather is warm and it’s extremely dangerous for dogs to be kept there, he said. Dogs should not be left in a vehicle under any circumstance in warm or hot weather.

Nichols said the rescue of the five dogs last week highlights the risks of that kind of behaviour, especially as two of the dogs were found unresponsive and could have been seriously harmed or killed in the heat.

“In general, the people who leave their dogs in a vehicle are those who minimize the risk of it. They’re going out to do multiple things and heading to the dog park or pet store, so the dog comes along, but they stay in the car for the other stops,” he said.

“It’s just as dangerous, even if it’s only for a few minutes if it’s really hot out.”

The Calgary Humane Society is hoping that pet owners take the risks seriously this summer and opt to never leave their dogs in the car.