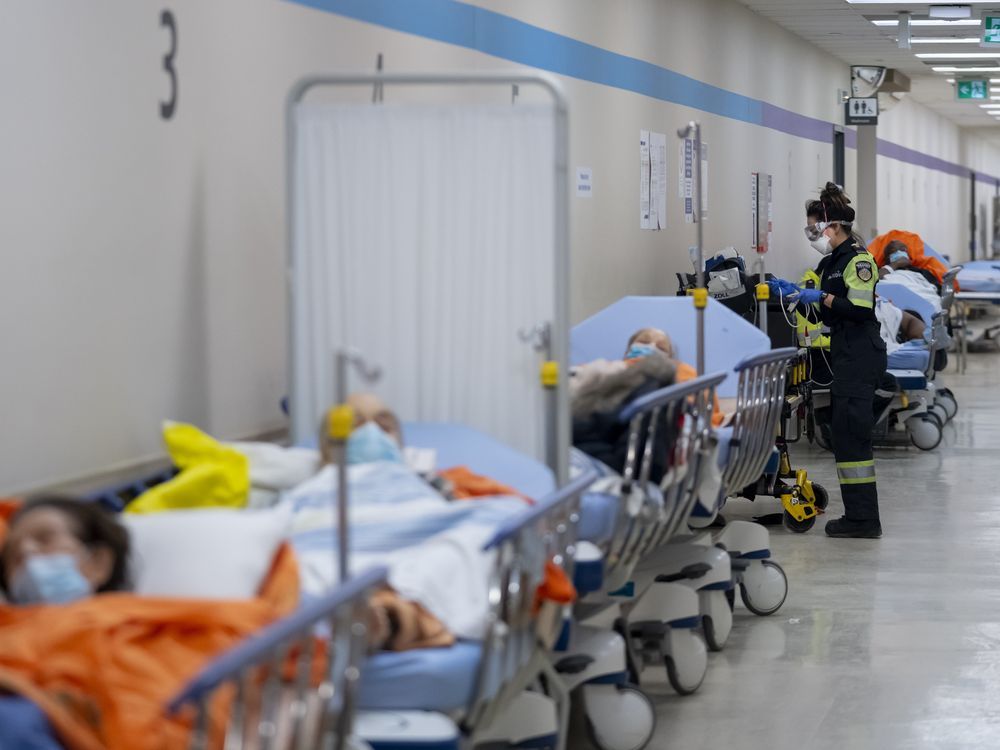 Ontario hospitals are experiencing staff shortages at an “unprecedented” level, an executive at the provincial agency overseeing them says, but the situation may improve in the coming weeks as the seventh wave of COVID-19 recedes.

“It’s not really a new problem, but the persistence of it and the severity of it is unprecedented,” Dr. Chris Simpson, executive vice-president at Ontario Health, said of the staffing crunch that’s led to service reductions and temporary emergency room closures in recent weeks.

Ten hospitals have had to temporarily close emergency departments since June due to lack of nursing services, according to Ontario Health. Closures continue this weekend, with hospitals in Clinton and St. Marys planning to shut ERs for a period of time on Saturday.

The system has always struggled to staff remote areas, Simpson noted, but the problem has now extended to medium and large community hospitals and some academic hospitals.

Like many health-care advocates and worker groups, Simpson noted that the staff shortage is particularly acute among nurses, many of whom have been leaving the field due to retirements and burnout after more than two years of a grueling pandemic workload.

COVID-19-related absences have also significantly affected operations, Simpson said, with “a couple thousand” workers currently off due to the virus.

Simpson said he’s optimistic the staff shortages may peak in the coming weeks as the current wave of COVID-19 recedes, allowing more people to come back to work and fewer patients with the virus requiring care.

“I’m pretty optimistic … that by September, we should be looking better from a staffing point of view than we do today,” he said.

There may be future challenges in the fall, however, including a possible eighth wave of infections, and Simpson said solutions to quickly bring in more workers are being discussed.

A top priority is removing barriers keeping internationally trained health-care professionals out of the workforce, he said.

Simpson also said it’s difficult for hospitals to share nursing staff because they are employees of individual hospitals. He said a “provincial workforce” is something to consider that might mitigate future harms in similarly tight staffing situations.

A Statistics Canada labour force report published Friday included data on nurses and the healthcare worker shortage, finding that more than one in five nurses worked paid overtime hours in July, the highest level since comparable data became available in 1997. By comparison, about 10 per cent of all other employees worked overtime in July.

Unions representing hospital workers on Friday shared a list of steps they proposed the government should take to tackle the situation.

Measures include more safety and mental health supports for staff, more financial incentives to help with retention and hiring and expanded post-secondary options for health jobs.

They also called again for the province to raise wages and scrap a wage-restraint bill.

Premier Doug Ford this week indicated no more raises were coming, pointing to a retention bonus announced earlier this year for nurses.

Union leaders said the question of appropriate incentives should be hashed out with the government in meetings with the workers themselves, and said those discussions should happen as soon as possible.

“The fact is that we have many people in a position to retire and we can’t really afford them to leave,” said Michael Hurley, president of the Ontario Council of Hospital Unions. “We have to have this discussion.”

A spokesman for Health Minister Sylvia Jones said in an email that she already recently met with the unions.

“We know more work needs to be done and continue to work with all partners, including Ontario Health and the 140 public hospital corporations, the regulatory colleges, and health sector unions, to address any challenges on the ground,” he said.

In the meantime, Simpson stressed that Ontarians shouldn’t stay away from emergency rooms out of concern over the staffing situation.

“If you’re sick, please come and see us,” he said. “Don’t sacrifice your health.”