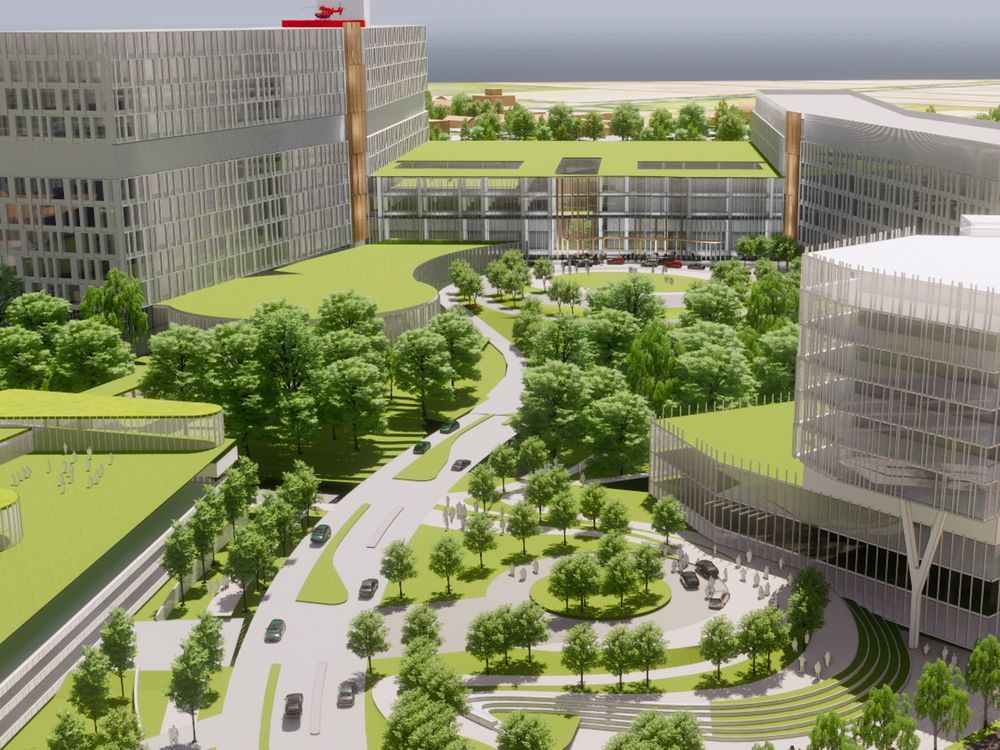 The idea of the City of Ottawa providing $150 million to the $2.8-billion Civic Hospital project drew questions from some councillors on Tuesday as the hospital’s top executive warned that denying financial help could delay building a world-class health centre for the region.

Cameron Love, president and CEO of The Ottawa Hospital, said the city has an obligation to pitch in funds for a new Civic and he pointed to other Ontario municipalities which have contributed money to hospital projects in their areas.

A $150-million hole in the hospital’s financial plan to pay for a new Civic could put hospital executives back to square one trying to find funding for the facility, Love told city council’s finance and economic development committee.

“It doesn’t jeopardize that we would get this approved. What it jeopardizes is the timing,” Love said, answering a question from Coun. Diane Deans.

Other hospital projects in Ontario that have nailed down local contributions would be prioritized ahead of the Civic, he said.

The committee chaired by Mayor Jim Watson unanimously endorsed recommendations from city staff to assess how the city could find $150 million to help build the hospital. Staff just need the OK from council on May 11 to start the work, which could take more than a year to finish.

Wendy Stephanson, the city’s chief financial officer, said staff would report back in the second or third quarter of 2023. They’re committed to creative options that would prevent or limit property tax increases driven by a hospital contribution, Stephanson said.

A $150-million contribution from the municipal government would amount to 5.4 per cent of the hospital’s construction costs.

The province is providing $2.1 billion and the hospital expects to receive $50 million through retail revenue from stores on the new campus and other financing. An Ottawa Hospital Foundation campaign led by development magnate Roger Greenberg has a fundraising target of $500 million.

No one has been questioning the need for a new Civic to replace the aging facility on Carling Avenue, but the project has been under fierce public scrutiny when it comes to the development location at the Central Experimental Farm. The federal government offered the land for the project, rather than siding with the National Capital Commission and the agency’s suggestion of Tunney’s Pasture as a hospital site.

Property taxpayers, and city council members elected in the October municipal vote, will have to think about how much they’re willing to spend to have a new health facility and research centre in Ottawa.

Coun. Riley Brockington questioned why the city alone would be hit up for a local contribution and not other jurisdictions benefitting from the hospital. The Civic is a regional trauma centre serving a large area of eastern Ontario and western Quebec.

“It’s not exclusive to the City of Ottawa taxpayers,” Brockington said.

Coun. Glen Gower said the city would need to make sure all areas of Ottawa support a municipal contribution to the Civic project.

Gower said residents in his Stittsville ward would be more inclined to fund the Queensway Carleton Hospital or smaller community hospitals just outside of Ottawa because they think the Civic is a downtown hospital. The hospital must stress the regional service area of the Civic, he said.

A major new facility will have impacts to the surrounding municipal infrastructure and city staff will tally up the costs.

The city is starting an environmental assessment in 2023 to determine how to connect Dow’s Lake Station on the Trillium Line to the hospital campus. The link could be a bridge over Carling Avenue or an underpass. The city believes a rough estimate for a pedestrian link would be $15 million, but the environmental assessment will have more accuracy on costs.

Coun. Jan Harder couldn’t believe there were so many pointed questions from colleagues over what she considered to be a “benign” report asking staff to look at municipal funding options.

Harder also had a message for anyone still complaining about the site location for the future Civic.