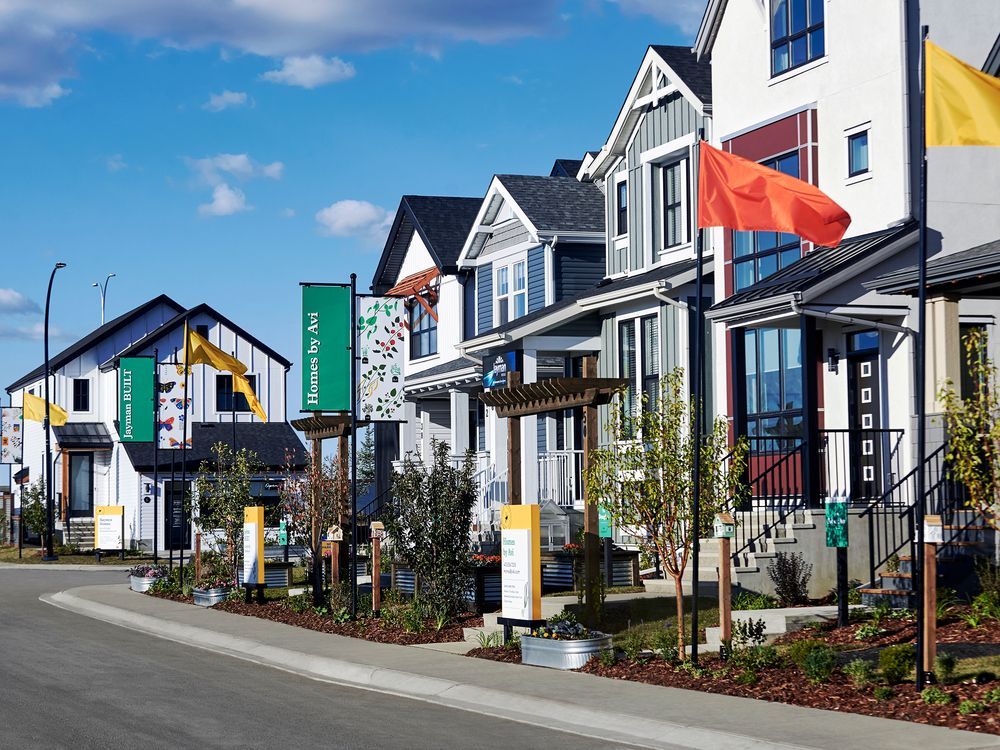 Section23 Developments opened its show home parade in Phase 1 of Rangeview in October 2021 and just eight months later, the builders have already asked for addition land because they sold their available lots early.

“We thought the release of Phase 2 would come a year after we started, but the interest is there. People love the concept and are eager to get involved. I think Phase 3 will come in August or September,” says Sara Feher, Section23 marketing co-ordinator.

Rangeview, located east of the South Health Campus Hospital in Seton, is being built on the 130-hectare (322-acre) Ollerenshaw family homestead. To perpetuate the land’s agricultural history, the community’s theme is agricultural urbanism — something that is resonating deeply with new home buyers.

A temporary greenhouse has been erected pending construction of a permanent structure. The greenhouse, community gardens, programming and collaborative landscaping will be overseen by a Resident’s Association. Education programs will follow growing season cycles and events will include farmers’ markets and food sharing activities.

An urban agriculture educator has been hired and is gearing up for planting when the frost danger is over. Kelsie Anderson, who is completing her Bachelor of Science at Olds College, is already fielding questions from residents.

“I’m looking forward to teaching people how grow food in an urban setting so it’s not so intimating. There’s a lot of knowledge out there and if you start Googling ‘how to grow tomatoes,’ it becomes very overwhelming,” says Anderson.

“People want to be connected with nature. Urban gardening is a way to do that without dropping everything and moving out to the country. You don’t need to live on an acreage to grow your own food.”

Anderson’s horticultural training includes field and greenhouse production. With the temporary greenhouse ready to use, she will introduce residents to space-saving high-wire crops that grow vertically, like tomatoes and cucumbers. She’s planning classes on square-foot gardening, companion planting and will teach by example when she and interested residents plant Rangeview’s public spaces, particularly around the show home parade.

“We’re all just one generation removed from agriculture,” Anderson says. “There’s more interest in people wanting to grow their own food. People want the knowledge, so it’s exciting to be in a position to empower people to do it.”

The gardens and floral planting around Rangeview’s show homes were a factor in Section23’s Best Show Home Parade win at the 2021 Building Industry and Land Development (BILD) Calgary Region Awards in April.

There are seven farmhouse-style show homes, including a front-garage model by Baywest Homes plus three laned homes from Jayman Built and another three from Homes by Avi. The backyard at the Baywest home has a garden and a heated shed where Anderson will be based until the Resident’s Association building is constructed.

Prices start in the mid-$400,000s for paired homes, the low $700,000s for front-garage models by Baywest Homes, and from the low $500,000s for laned homes by Jayman Built and Homes by Avi. A multi-family development is coming in Phase 2 and townhomes in Phase 4.

Rangeview is located east of Seton and south of Mahogany, situated between 52nd Street S.E. and 88th Street S.E.