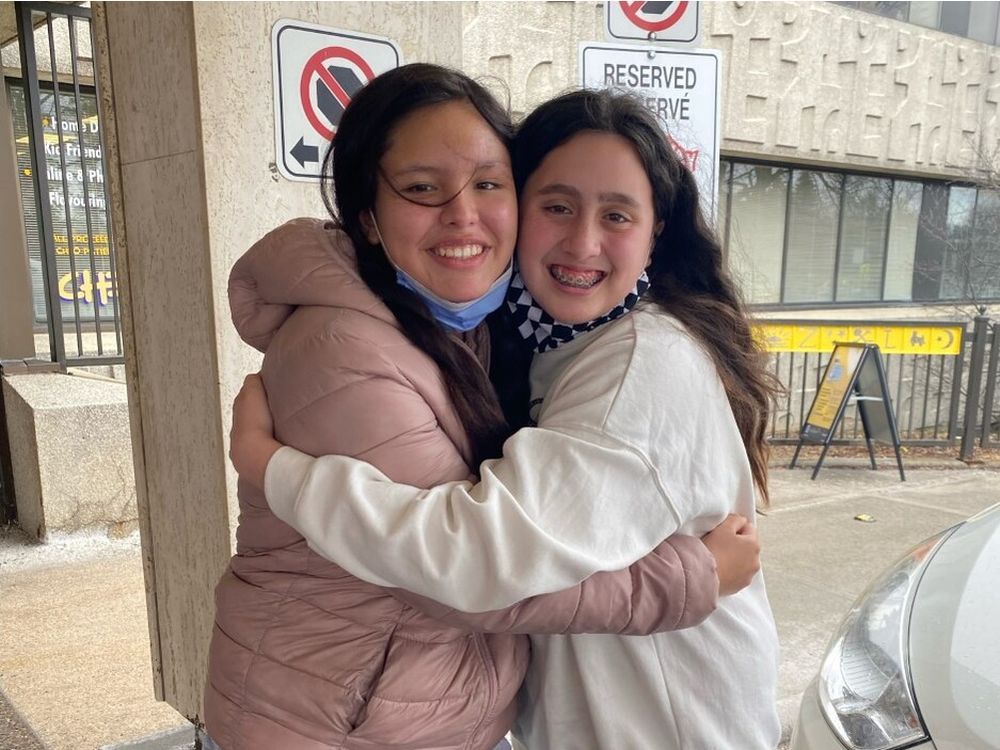 Nearly six weeks after she was run down by a hit-and-run driver, 13-year-old Serene Summers is going home.

As Armstrong spoke, Serene was undergoing yet another MRI, with her tattered stuffed sloth, Jimmy, at her side. Doctors are still trying to assess the extent of the nerve damage that has seriously weakened her right hip.

“The poor little thing. She can walk several steps, but you just see her leg start to shake because the muscles are working so hard to keep her upright. She gets tired very easily, and she’s obviously at high risk for falling,” Armstrong said.

Injuries from the hit-and-run have also left her with searing, neuropathic pain in her right foot, her mother said.

Serene’s discharge comes just two days before singer Justine Bieber brings his pandemic-delayed Justice World Tour to the Canadian Tire Centre, a concert Serene and her mom have had tickets to for more than a year. But doctors say it’s just too risky for the young “Belieber” to attend.

“There were two camps at CHEO. Some were saying, ‘Everyone needs a dream. Shout it from the rooftops and we’ll make it happen.’ And the other group was saying, ‘Hold on a minute.’ They pointed out the very obvious risks involved, that she was only six weeks out from a traumatic brain injury.”

Instead, supporters like Coun. Keith Egli and CHEO CEO Alex Munter, have bombarded Bieber on social media, pleading for a shout-out to his young fan.

“Poor old Justin. We haven’t heard very much from him. But everyone’s being blowing up his Twitter. Maybe they’ll send some swag to the house just to shut us up,” Armstrong said.

Serene was crossing Meadowlands Drive with her best friend, Eva Salinas, on Feb. 13, when Serene was struck by a black Honda Civic. Eva, the only witness, said the driver stopped and a passenger looked back at the girls before the car accelerated away.

Serene spent several days in a medically induced coma, eventually waking enough to communicate using the American Sign Language her mom had taught her. At first unable to speak, then only in a husky “Batman” whisper, Serene has since recovered her voice completely.

“Her brother jokes that she’s like a character from Twilight,” Armstrong said. “She heals like a vampire.”

On Tuesday, Serene and Eva saw each other face-to-face for the first time since the crash.

“Just to see little Eva’s face. We were all crying. She just kept looking at Serene and the scar across her forehead,” Armstrong said.

“I think Eva’s healing process began when she and Serene first did their FaceTime call a couple of weeks ago and they were able to communicate and she saw that her little friend was doing better and getting stronger every day.

“What Eva went through … that type of trauma I can’t even imagine.”

Ottawa police are still looking for the driver of the car that struck Serene — a black, two-door Honda Civic coupe, model year 2006-2011. The car could have front-end damage and possibly windshield damage, police said. Anyone with information is asked to call the Ottawa Police Service collisions investigations unit at 613-236-1222, extension 2481.

How complete Serene’s recovery will be remains unknown.

“It’s scary,” Armstrong said. “When I ask for a timeline, the doctors can’t tell me. There’s no way of knowing the impact in the long run.

“The bottom line is she’s still struggling. She’s still suffering in pain, all day and all night. And there’s somebody out there who left her and Eva on the street. I just want to see that person brought to justice.”