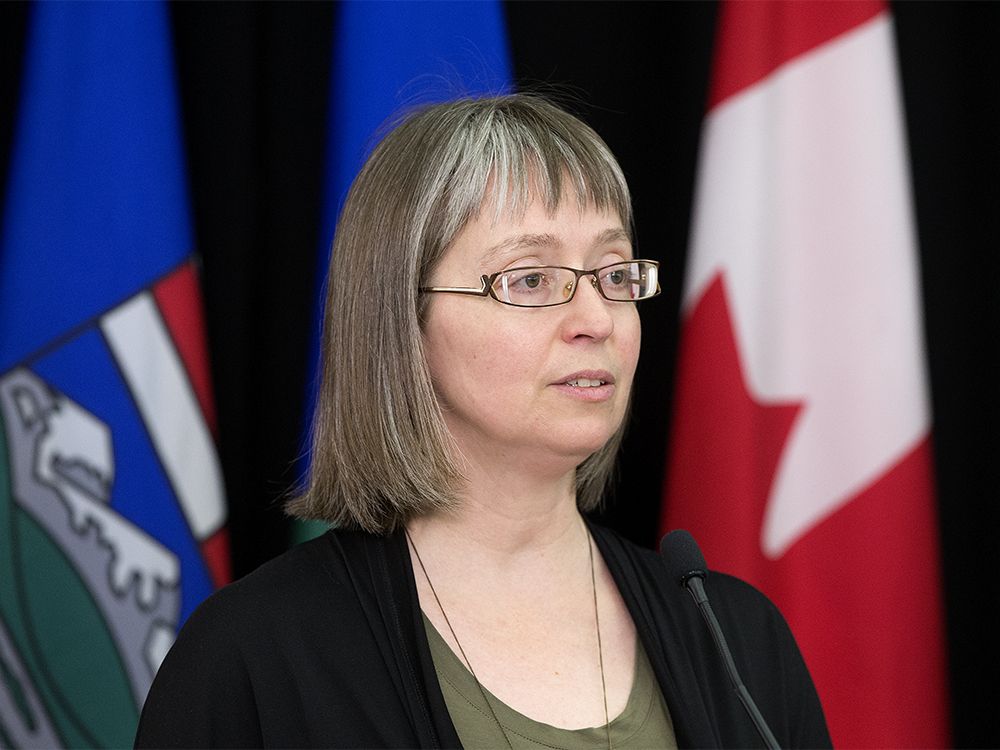 But so was the coronavirus that continues to impact the health of people worldwide, she told a hearing challenging the constitutionality of the Alberta government’s measures.

The doctor tasked with combatting a pandemic that killed more than 4,000 Albertans was forced into court Monday to defend Alberta’s emergency measures.

Under cross-examination by lawyer Leighton Grey on an affidavit Hinshaw has filed to justify the government actions, Hinshaw was quizzed on the variety of steps she ordered, from mask mandates to economic lockdowns.

Grey suggested Hinshaw was granted extraordinary powers by the province, but she said those have existed for decades under the Public Health Act.

“The events of the past few years are part of what the Public Health Act was written for and part of the planning to be prepared for a significant public health event,” Hinshaw said.

Grey, who represents two churches challenging Hinshaw’s orders, noted the doctor was not chosen by the citizens of Alberta, but appointed by the government.

“You’ve never been elected by the voters of Alberta,” he said.

But Hinshaw said she only made recommendations for measures to combat COVID-19 and elected officials approved them before she issued the orders being challenged.

The lawyer added there have never been such measures imposed on Albertans in the past.

“The way these powers have been used is unprecedented,” Grey said.

“I would agree with that,” Hinshaw replied.

Grey said as a medical doctor, Hinshaw would have taken the Hippocratic Oath to “do no harm.”

But the chief medical officer of health for the province said that had to be weighed against what might harm them more.

For example, she said, a surgeon has to harm a patient by cutting into them to fix an internal problem, but not doing so would cause more harm.

“There are always risks and benefits that need to be weighed.”

Grey challenged Hinshaw on specific measures, such as masking and bans on outdoor gatherings.

“We really don’t know if masking works,” he suggested.

But Hinshaw said the totality of the evidence shows otherwise.

“I believe that it’s clear, the majority of the evidence is that there is a benefit (to masking),” she said.

“It’s one additional layer with other protections.”

Grey and lawyer Jeffrey Rath, who represents three individuals challenging the health measures, want Justice Barb Romaine to rule they violated individuals’ rights under the Charter of Rights and Freedoms and should be declared of no force and effect.

Even if Romaine finds rights were breached, she could still decide the measures were reasonable limits under the charter.

Hinshaw’s cross-examination is expected to last at least three days.